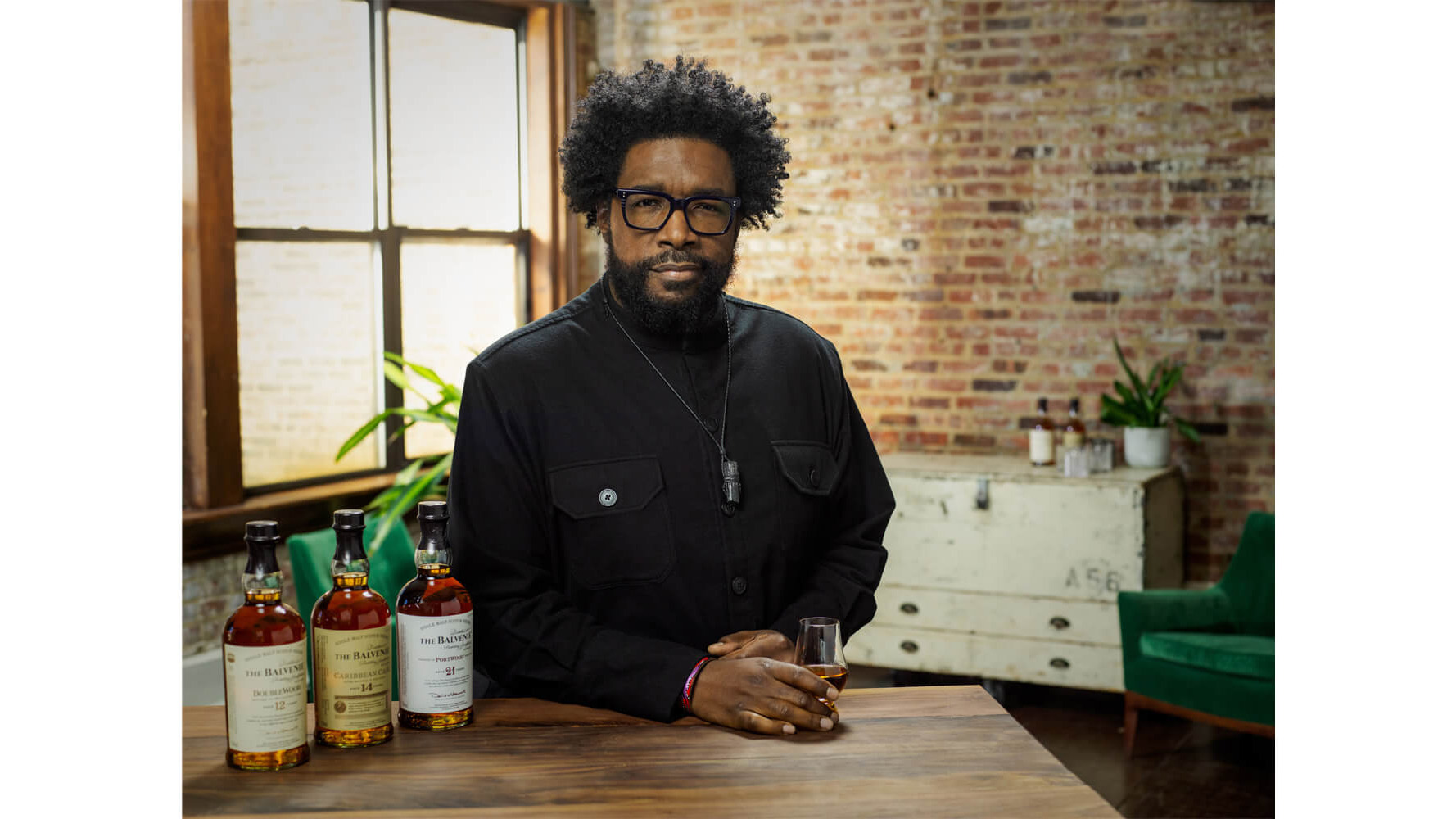 The Balvenie and Questlove have inked a multiyear partnership. The alliance between musician and Speyside distillery will explore the intersection of creativity and craftsmanship, beginning with a new digital series.

Dubbed “Quest For Craft,” Questlove will host the new collaborative series, which “is about the often-obsessive human attributes possessed by those on the never-ending journey of taking something from great to exceptional; the pursuit of ultimate craftsmanship.”

Set to premiere Fall 2021, Quest for Craft is an extension of The Balvenie’s global campaign The Makers, in which the brand supports makers around the world via content series, exhibits, auctions, experiential events and an on-site creative residency program at its distillery in Dufftown, Scotland.

“I have always been curious about what drives people creatively, and have used that curiosity in my own creative process,” said Questlove. “From my youth touring with my parents, to my many conversations and collaborations with diverse creatives over the years, and writing a book on the subject, there are endless stories of creativity still to be discovered. I’m excited to take this journey with The Balvenie to tell these important stories of makers and their creative processes.”

To support the coming premiere of Quest for Craft, the Balvenie and Questlove will showcase the union of craft and creativity through original events, collaborations, and activations.

Back in October, we spoke with The Balvenie Brand Ambassador Neil Strachan to discuss the brands history and innovation through the lens of The Balvenie Caribbean Cask 14 Years. Malt Master David C. Stewart MBE invented two cask maturation in the 1980s, which we refer to today as “finishing.” The technique quickly became popular across the globe, leaving a lasting impact across the Whisky world.

Earlier in the month, the distillery unveiled Batch 7 of its Tun 1509 series. The annual release comprises liquid from 21 casks that underwent a three-month marrying process.