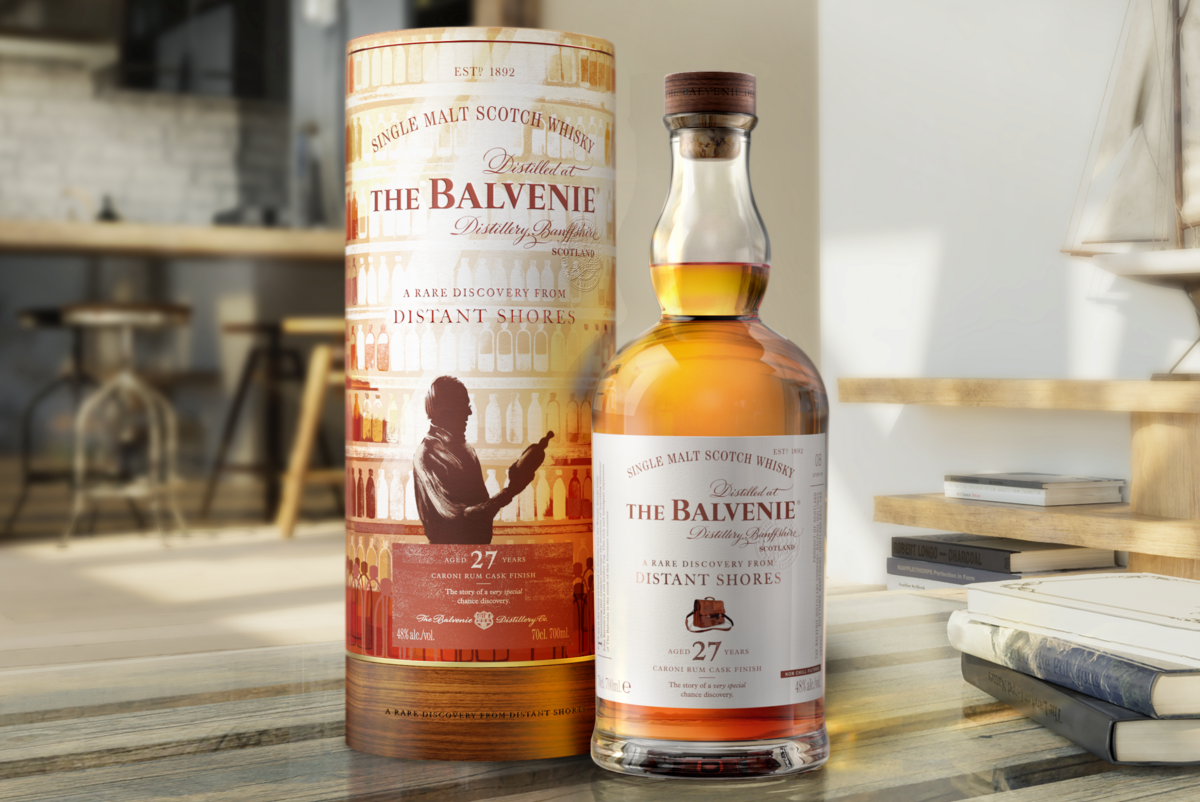 The Balvenie has unveiled ‘A Rare Discovery from Distant Shores,’ the latest addition to its Stories series of limited-edition whiskies. The new Scotch is a 27-year-old whisky which spent the final seven years of its maturation finishing in ex-Caroni rum casks.

The Balvenie Stories collection looks to bring to life the stories of the places where the whisky is made, while celebrating the creativity of its makers. Previous releases include the 12 Years Old ‘The Sweet Toast of American Oak’, the 19 Years Old ‘The Edge of Burnhead Wood’, and the 42 Years Old ‘The Tale of the Dog‘.

‘A Rare Discovery from Distant Shores’ is inspired by the story of John Barrett, a friend of The Balvenie’s malt master David Stewart, who brought some samples of Caroni rum to the distillery and provided creative inspiration to its Whisky Stocks team.

“Caroni has become a kind of cult spirit, followed by rum fanatics all over the world,” explained Stewart. “It’s rare, it’s fascinating, all because the distillery is no more, having shut its doors 20 years ago. Caroni is totally unique: a heavy rum, bold, characterful and full of potential to create a really special Balvenie.”

The Caroni casks used to finish ‘A Rare Discovery from Distant Shores’ had aged their Caribbean spirit for 10 years in Trinidad before being brought to Scotland and stored in Dufftown, then filled with 20-year-old Balvenie whisky.

The new release features a bespoke illustration by British artist Andy Lovell – who has created designs for other expressions in the Stories range, which depicts David Stewart in his sample room.

The Balvenie A Rare Discovery from Distant Shores is available from Hard to Find Whisky, Whisky Shop, House of Malt and Royal Mile Whiskies with a recommended price of £1,120.

For more information, head over to The Balvenie’s official website.