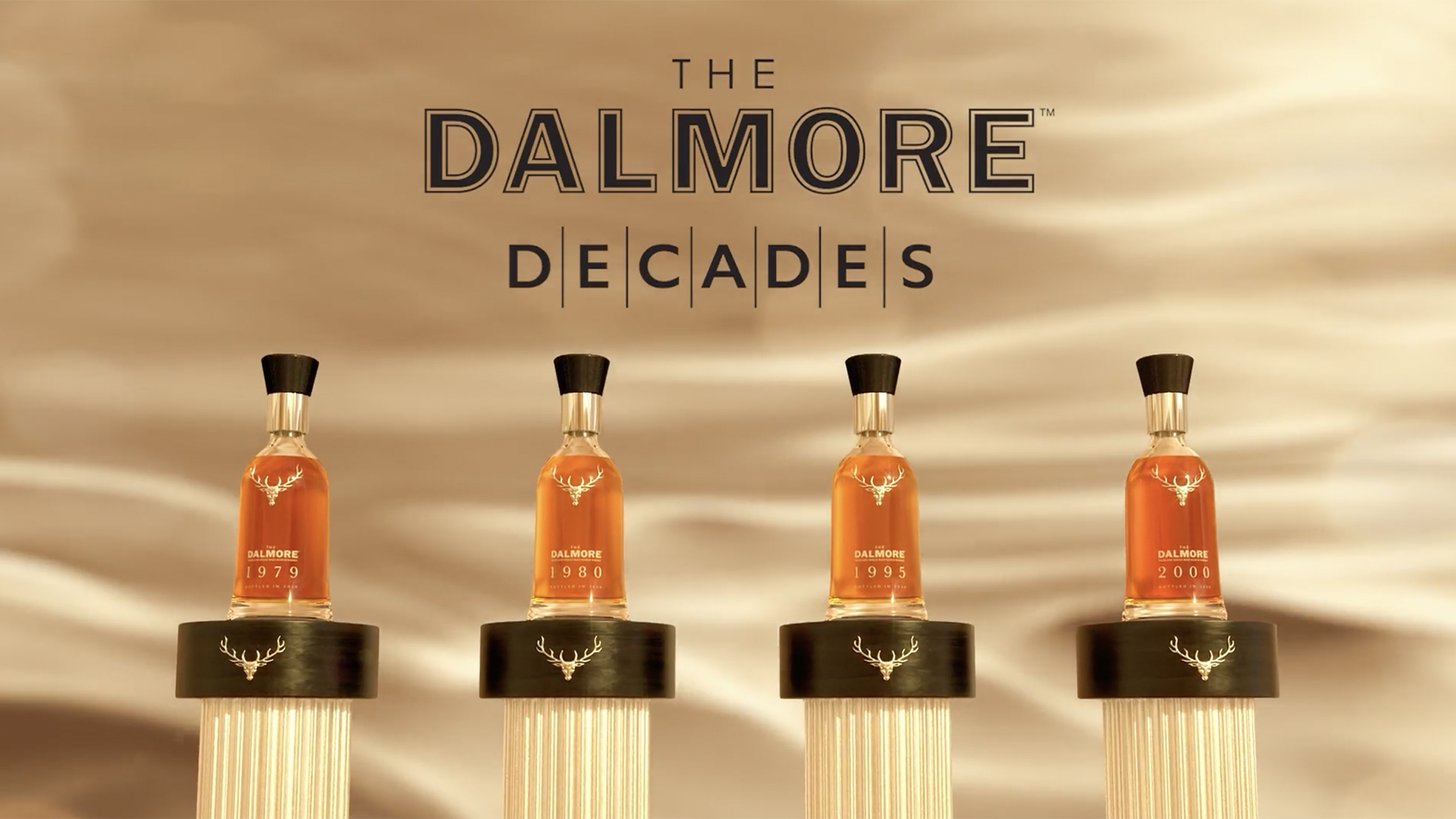 The Dalmore has partnered with BlockBar to offer a limited-edition liquor NFT with a set of The Dalmore Decades No 4 Collection. This will be the only set within the Dalmore Decades selection that will correspond to a digital NFT, making it a once-in-a-lifetime collector opportunity.

This Dalmore Decades No 4 Collection available via NFT on BlockBar, provides a unique moment for a collector to acquire a remarkable piece of history. Bridging the physical and digital worlds for the first time in its 180 year old history, The Dalmore will be digitizing and selling an exclusive set through an NFT directly to a buyer. This asset-backed NFT from the BlockBar platform benefits the buyer by guaranteeing authenticity and ownership verification, as well as offering a storage solution and handling insurance.

The announcement follows the ground-breaking sale of The Dalmore Decades No.6 Collection in October 2021, which achieved a record HK$8.75 Million / US$1.1 Million at Sotheby’s Hong Kong. The sale price represents the highest value for a whisky lot sold at Sotheby’s so far this year and the most valuable whisky lot ever sold by Sotheby’s in Asia.

One of 25 covetable sets, this No.4 Collection, set No.21, contains four Decades whiskies (1979, 1980, 1995, 2000), hand-selected by Master Distiller Richard Paterson, from a single malt that celebrates The Dalmore’s longstanding relationship with the titan of sherry making, González Byass, to the first Scotch created in the new Millennium. Each decanter in the collection is engraved with an exclusive set number and striking black collar and stopper, presenting an exclusive chance to own four remarkable moments in Scotch history. Each set is displayed within one bespoke display pedestal, with individual compartments to house each decanter, and with each whisky’s unique story engraved upon the door.

This 40-year-old single malt is a tribute to the longstanding relationship between González Byass and The Dalmore. The 1979 has enjoyed maturation in a particularly fine Matusalem Oloroso sherry butt before a final maturation in a Graham’s Port Vintage 1952 – one of Port’s rarest vintages. The resulting whisky is exuberant sultanas and toasted pistachios, finishing in pleasant notes of maple syrup, pineapple, and succulent dates.

The 1980s marked Richard Paterson’s arrival at The Dalmore and his tutelage by the last Mackenzie. Like his predecessor, Richard’s long-standing tenure personifies a commitment to the vision of the distillery established 180 years ago. This 40-year-old single malt takes the traditional maturation of The Dalmore and reverses it: the whisky moves from Bourbon casks into Matusalem sherry butts, then spends more than five years back in first-fill ex-Bourbon casks before bottling – a bold move which brings renewed life and vivacity to the spirit. The 1980 promises beautifully orchestrated single malt layers, which include a gentle whisper of bitter chocolate, marzipan, and cocoa powder.

The 90s welcomed the creation of an icon The Dalmore’s minimalist bell-shaped bottle, its sinuous curves echoing the voluptuous shape of the stills through which the distillery’s matchless spirit runs. The 1995 is matured in ex-Bourbon casks and finished in spectacular Tintilla de Rota port pipes. It offers a burst of red berries, glazed nectarines, frangipane, and moist pecan pie on the palate, building to a triumphal finish.

The Dalmore Decades 2000 – ‘Into the New Millennium’

At 12:02am on Saturday, 1 January 2000, as the world celebrated the dawn of a new age, workers at The Dalmore were at their posts securing a notable achievement for the Highland distillery: the first in Scotland to run new spirit off the stills in the third millennium. The final whisky of The Dalmore Decades is also perhaps the most distinctive: it has spent all 20 years of its life in a Matusalem Oloroso sherry butt in a radical departure from the distillery’s practice. Rare and intriguing, black maraschino cherry and bitter chocolate drench the palate, and a final kiss of liquorice and tarte Tatin ebbs slowly in the background.

In addition to the Collection the NFT owner will receive an exclusive opportunity to visit The Dalmore distillery, nestled in the beautiful Highlands of Scotland, and taste some of the rarest Dalmore whiskies in the warehouse, hand drawn from the cask followed by a sumptuous dinner.

“We’re delighted to be a part of this momentous occasion for Dalmore, as their first NFT launch partner”, says Dov Falic, CEO of BlockBar “Through transparency, authenticity, and quality assurance, BlockBar is able to bring a solution to the current hurdles in the luxury spirits market, and we’re excited to partner with The Dalmore to make that happen.”

The Dalmore Decades No.4 Collection will be offered via NFT on December 7, 2021 at 10:00am EST using a lottery mechanic. A lobby will become available on BlockBar.com 30 minutes ahead of the drop, whereby to enter, prospective buyers must have one ETH in their metamask wallet. The lobby will close at the drop time with one buyer randomly selected with the ability to purchase. The set will be available for $137,700 USD and can be purchased from Blockbar with Ethereum (ETH) or by credit card.