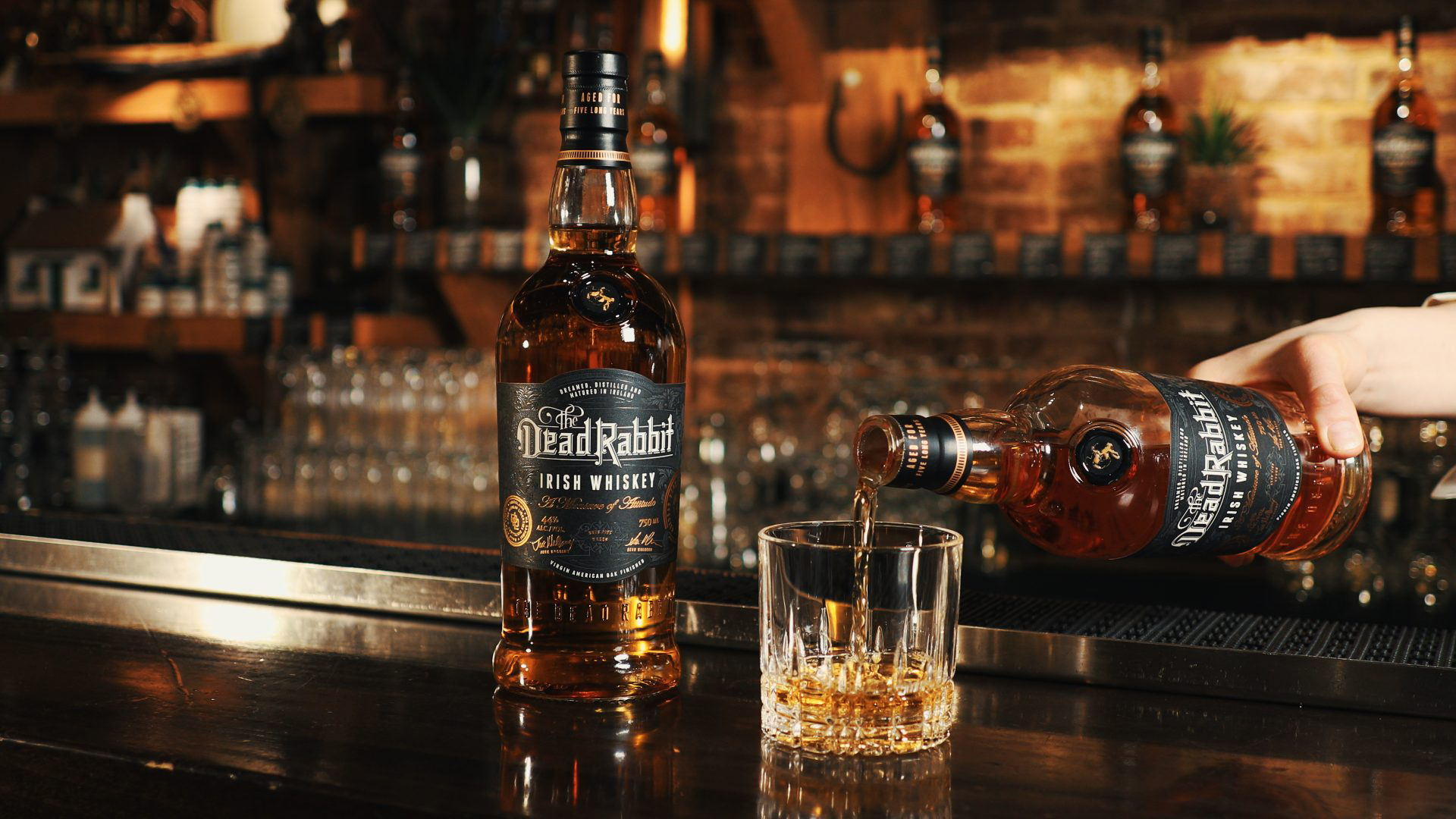 With a spicy and rich oak taste, The Dead Rabbit Irish Whiskey was named for a notorious New York Irish street gang of the 1850’s. The Dead Rabbits fought against the harsh anti-immigrant sentiment of the New York streets in the mid- to late- 1800’s and the Whiskey is described as true to its name, coming out with a punch followed by attitude and a smooth finish.

Master Distiller Darryl McNally of The Dublin Liberties Distillery created this Irish Whiskey, which is aged for five years in Bourbon barrels and finished in small virgin oak casks. The unique casks are made by the Kelvin Cooperage in Louisville and are half-size, holding only 100 liters/24 gallons of Whiskey.

The Whiskey has a thick honey taste with a rich and heavy oak flavor. It is full-bodied with spicy, dark vanilla, toasted nut, and cereal notes on the nose. Additional sweet flavors from the Bourbon barrels and fruity hints complement its malty, woody taste.

The Dead Rabbit Irish Whiskey is best served neat or on the rocks, but can also be an excellent addition to a cocktail. If you’re looking to mix something up, the distillery recommends a Bang Out Of Order:

Bang Out Of Order

The Whiskey is named for an Irish immigrant street gang, a sworn enemy of New York’s native Bowery Boys gang. An 1857 gang war between the two groups raged for days with over a thousand gang members engaged in the fight in the midst of the poor, squalid slums of lower Manhattan. Dead Rabbit’s notorious gang leader, John Morrissey, went on to become a Democratic congressman and senator.