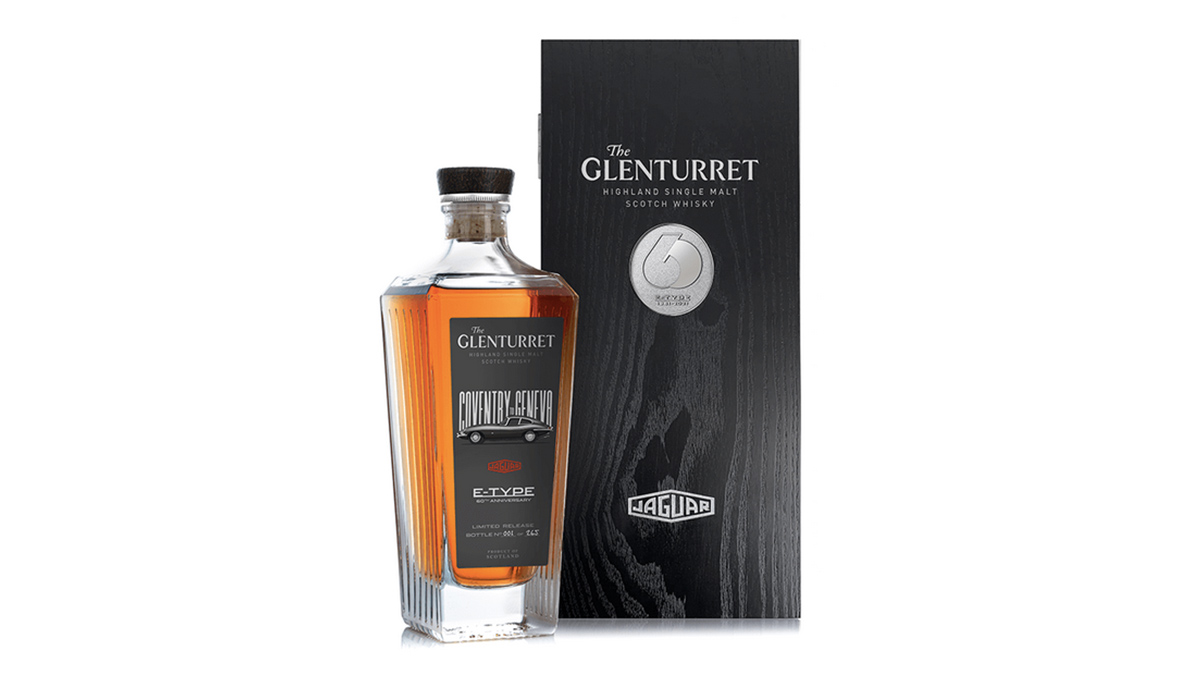 Glenturret have long been a name associated with a certain class and performance of Whisky. It’s no surprise then, that the Scottish company have just announced a new drink with a similarly outstanding name, associated with elegance and accomplishment. And this new drink comes with a story –

In 1961 test driver Norman Dewis had 11 hours to drive the E-Type from Coventry in the UK to Geneva, Switzerland. This historic overnight drive to the Geneva Motor Show marked the birth of a motoring legend: the E-Type Jaguar. It’s safe to say that few cars have created the impact or are viewed with such endearing esteem as the ‘E-Type Jaguar’.

The 240 hours it takes for The Glenturret to travel between milling and marrying through to filling the cask is much longer than the journey taken by Norman Lewis, but it promises to deliver something that’s every bit as unique as the E-Type Jaguar.

Two journeys, two legendary names: Jaguar and The Glenturret celebrated together as sublime examples of their respective crafts.

In celebration of this automotive icon delivering 265bhp, The Glenturret have released an exclusive beverage, distilled in the Scottish Highlands, this single malt is limited to only 265 bottles and available at only £1,500.00 GBP.

In December, The Glenturret unveiled Provenance, the first limited-edition single malt release in its new collaborative series with Lalique. The new Scotch follows the Highland distillery’s launch of a new core range and redesign in September.

Four new Whiskies make up the new core line: Triple Wood, 10-year-old Peat Smoked, a 12-year-old, and a 15-year-old. There will also be two limited edition Whiskies, a 25-year-old and a 30-year-old.

The Macallan’s Bob Dalgarno joined The Glenturret last year and created the range. “I saw Glenturret as a great opportunity to work alongside an understated yet highly skilled team who influence the creation of the distillery new make spirit as only their hands can,” said Dalgarno. Alongside this was the challenge of creating a new range of whiskies with a different cask and character profile. Building on previous experiences and having the freedom to influence and develop, respecting the history whilst writing new chapters was a perfect fit.”