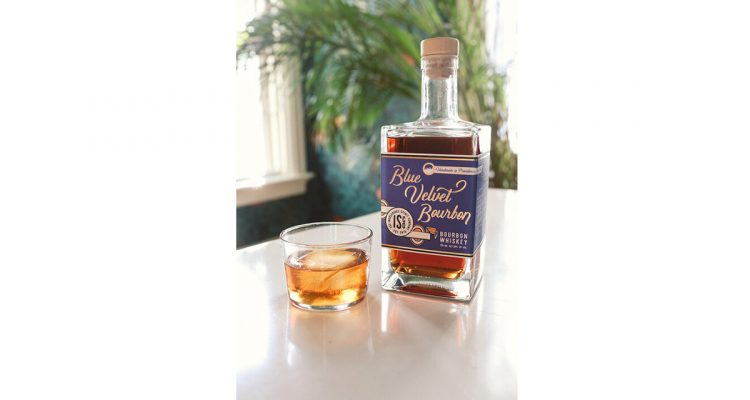 “We are so proud to release Blue Velvet Bourbon,” said Dan Neff, Head Distiller at ISCO. “This has been a very special project for us. While good things take time, and bourbon generally ages for at least two years (as will most of ours), the unique nature of the corns that we used for this special project has allowed us to create something youthful yet fully expressive, showing off our passion for flavor.  Our favorite way to enjoy Blue Velvet is sipped neat or on the rocks.”

The Bourbon is created from a blend of two distinct blue corns— an organic strain of indigo developed in Kentucky, and a landrace blue variety from Oaxaca, Mexico (“landrace” indicates a plant grown in its original region with a nearly identical genetic makeup to its wild ancestor). After being cooked and fermented, the Whiskey is distilled in small batches before resting it in charred new oak barrels for six to twelve months “to taste,” with the goal being to ensure the corns’ flavors remain the star of the show.

Blue Velvet boasts heaps of caramel, chocolate and vanilla flavors and a signature note of blue corn tortillas. Bottled at 100 proof to preserve the rich flavors and robust mouthfeel, it lingers for a lasting finish of toast and oak.

Since opening their doors in April 2020, ISCO has been gradually expanding their production, sales and on-premise experience, as well as availability and bars, restaurants and liquor stores throughout the state. The distillery is located in the Valley neighborhood of Providence along the city’s former “Industrial Corridor.” Their production space and tasting room were once part of Providence Steel & Iron, a business that produced structural and ornamental steel for nearly 100 years.