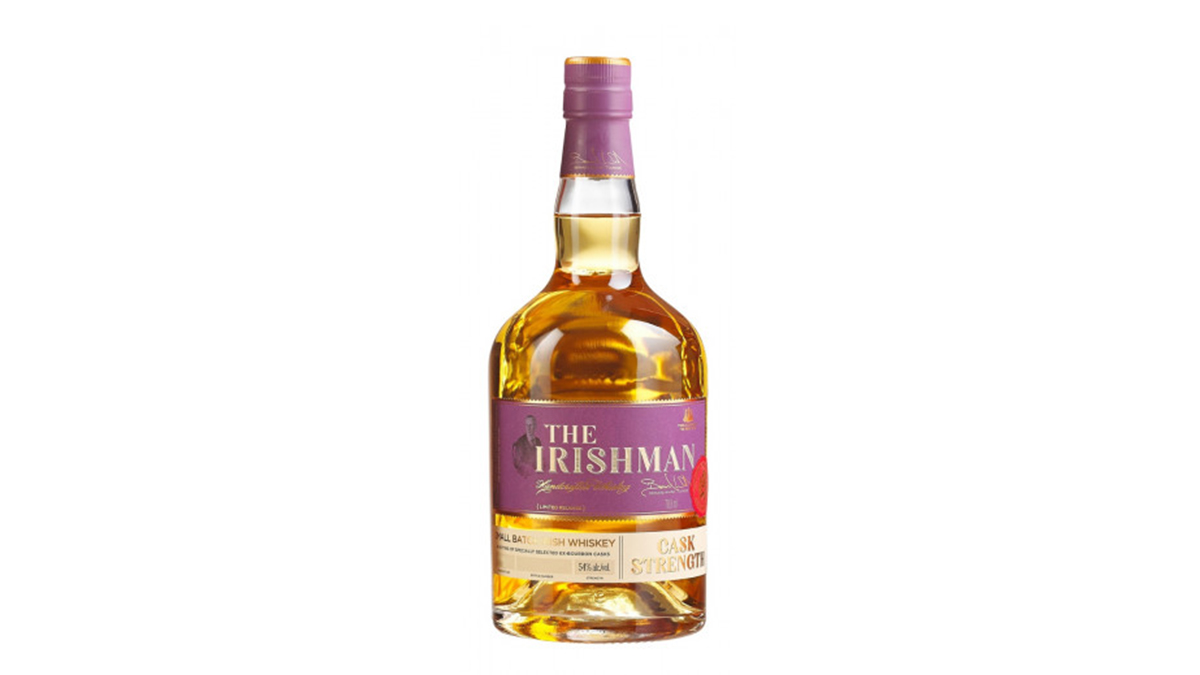 Presented in its own wooden cask with a numbered, signed and dated certificate by company co-founder, Bernard Walsh, The Irishman Vintage Cask 2019 offers collector’s a treat for the senses. This Walsh Whiskey-owned brand is one of the few vintage dated Irish Whiskeys out there and it’s pushing the conception of the style towards the luxury market.

Only 2,346 bottles were made and bottled in 2019, The Irishman Vintage Cask 2019 is available in just seven countries. It is a blend of single pot still and single malt Whiskeys, triple-distilled (like all Irish Whiskeys), and matured in specially selected first-fill American oak bourbon casks

On the nose, soft bourbon, cinnamon and clove aromas linger with a hint of ginger. The taste offers lightly malted dry oak flavor with a lingering chocolate, caramel and slight pepper finish. Drink straight or on the rocks, this rare cask strength Irish whiskey is to be enjoyed in its purest state.

The Irishman brand was created by Rosemary and Bernard Walsh. Rosemary owned a ski chalet in France and after dinner every evening, she treated her dinner guests to an Irish coffee. The process was labor intensive, however, and Bernard and Rosemary began delving into the creation of an Irish cream liqueur, naming it the Hot Irishman. In 2001, they moved back to Ireland to the heart of the barley growing lands in County Carlow. From Irish coffees to entering the emerging Irish whiskey revival, The Irishman Whiskey brand was launched in 2007. In 2008, it released its first Cask Strength whiskey.

The Irishman officially opened its distillery doors in 2016in Carlow, marking a return to Whiskey making in the area for the first time here in 200 years. They hold the distinction of being the only independent Irish whiskey to produce all three types: pot still, malt, and grain in one still room. Walsh Whiskey also produces the Writer’s Tears brand.

Other bottles from The Irishman: