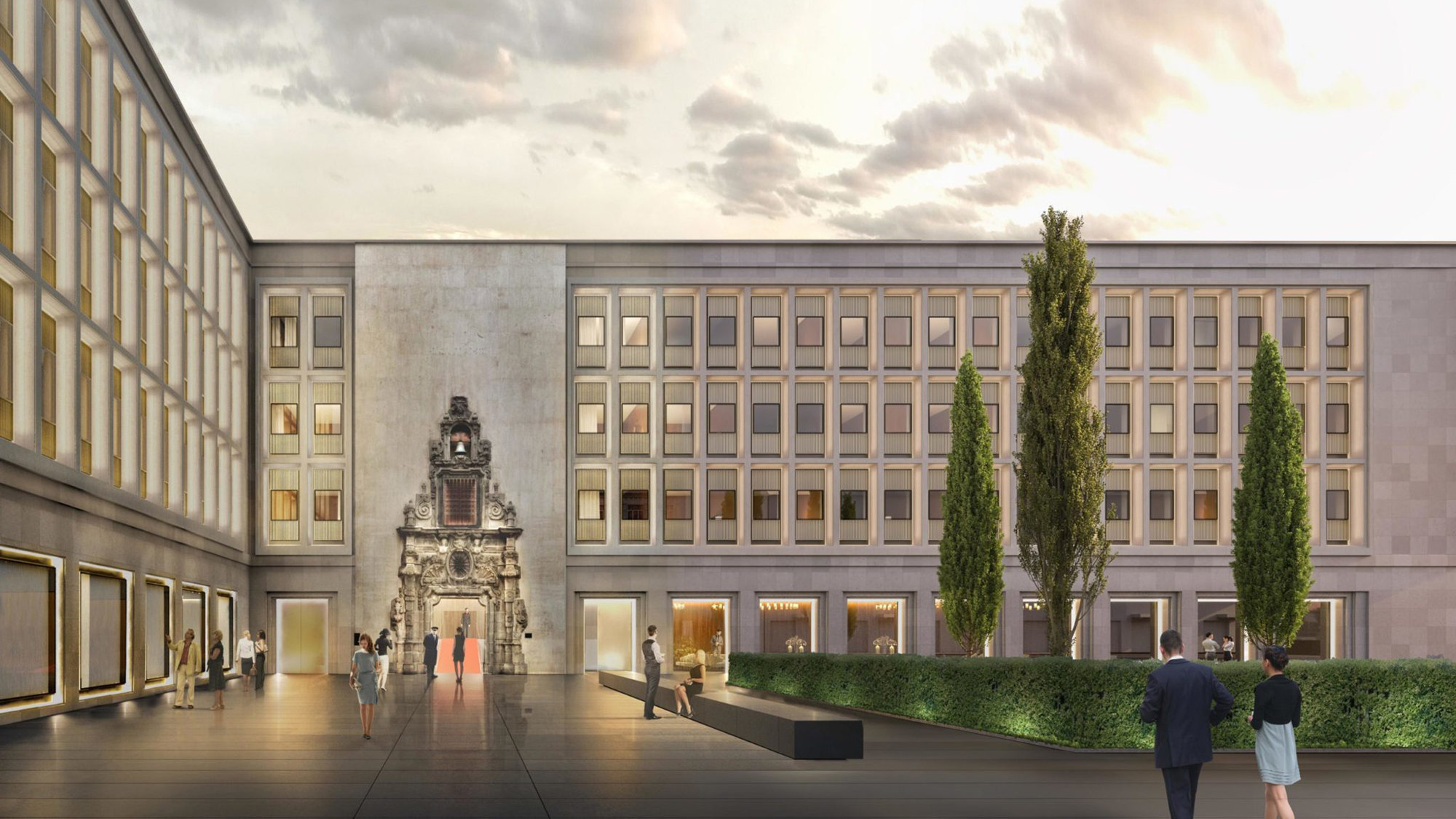 Ian Schrager’s is expanding Madrid’s growing lineup of luxury hotels with the opening of the Madrid Edition. Boasting restaurants from two of the world’s hottest chefs–Enrique Olvera and Diego Munoz–three unique bar concepts, and the Spanish capital’s biggest rooftop pool, the city’s latest edition is a must-stop for those looking to indulge.

Located at Plaza de Celenque in the neighborhood of Sol, the Madrid Edition has been previewing the space to select visitors since March 1. The hotel includes 200 rooms and suites, which can be connected for groups, as well as a selection of rooms with private terraces. Nearby, visitors will find the Royal Theatre, Plaza Mayor, and the Royal Palace. The hotel’s northern edge is bordered by the iconic Grand Via, a wide boulevard Hemingway described as Madrid’s answer to Broadway and Fifth Avenue combined.

The building was originally designed by Spanish architect Pedro de Ribera. For the redo, Ian Schrager opted for the simplicity of British architect John Pawson paired with the artistry of Paris-based designer Francois Champsaur. “Every time I visit Madrid, I am conscious of the cultural intensity of the city. It has a particular energy and a strong sense of place,” said Pawson in a statement. “With the Madrid Edition, I wanted to make somewhere with an equal but different intensity—calm spaces to withdraw to, but also an environment charged with its own life and identity.”

While the beauty of the building and its lovely interiors are certainly a draw, it is the urban resort’s dining and imbibing locations that make it a must-stop for locals and travelers. On the ground floor, visitors will find the popular Lobby Bar that Edition Hotels are known for, which includes Jean-Michel Frank sofas and armchairs, recycled bronze stools from Maison Integre, and rope-covered chairs by Christian Astuguevieille. Also accessible via the ground floor is Jerónimo from Enrique Olvera, owner of the Mexico City iconic Pujol. There, guests can enjoy global cuisine and cocktails that are influenced by Mexico’s traditional culinary heritage.

On the fourth floor rooftop, visitors can dig in at Oroya from Peruvian chef Diego Munoz. The eatery serves up a tapas menu with family-style sharing plates; dishes include ceviche, Papa Rellena and Ha-Kao on Parihuela Broth, among others that reflect influences from Spain, Africa, Italy, China, and Japan. Oroya’s terrace is surrounded by a lush garden and features a fireplace, as well as a vine-covered pergola.

The rooftop is also the Madrid Edition’s go-to spot for cocktails and small bites, which can be enjoyed from any of the 60 sunbeds and 10 cabanas that ring the spacious pool. After night falls, head back to ground level where you’ll find the hotel’s late-night spot, which induces a gold polished plaster wall and a back-lit onyx bar.

“I am very proud of this project,” said Schrager in a statement. “Not a single detail has been overlooked and the finished product has created a unique and magical concept that will be unrivalled in the city.”

For more information or to make a reservation, head over to the hotel’s official website.

In November, the Rosewood Villa Magna in Madrid opened its next chapter.