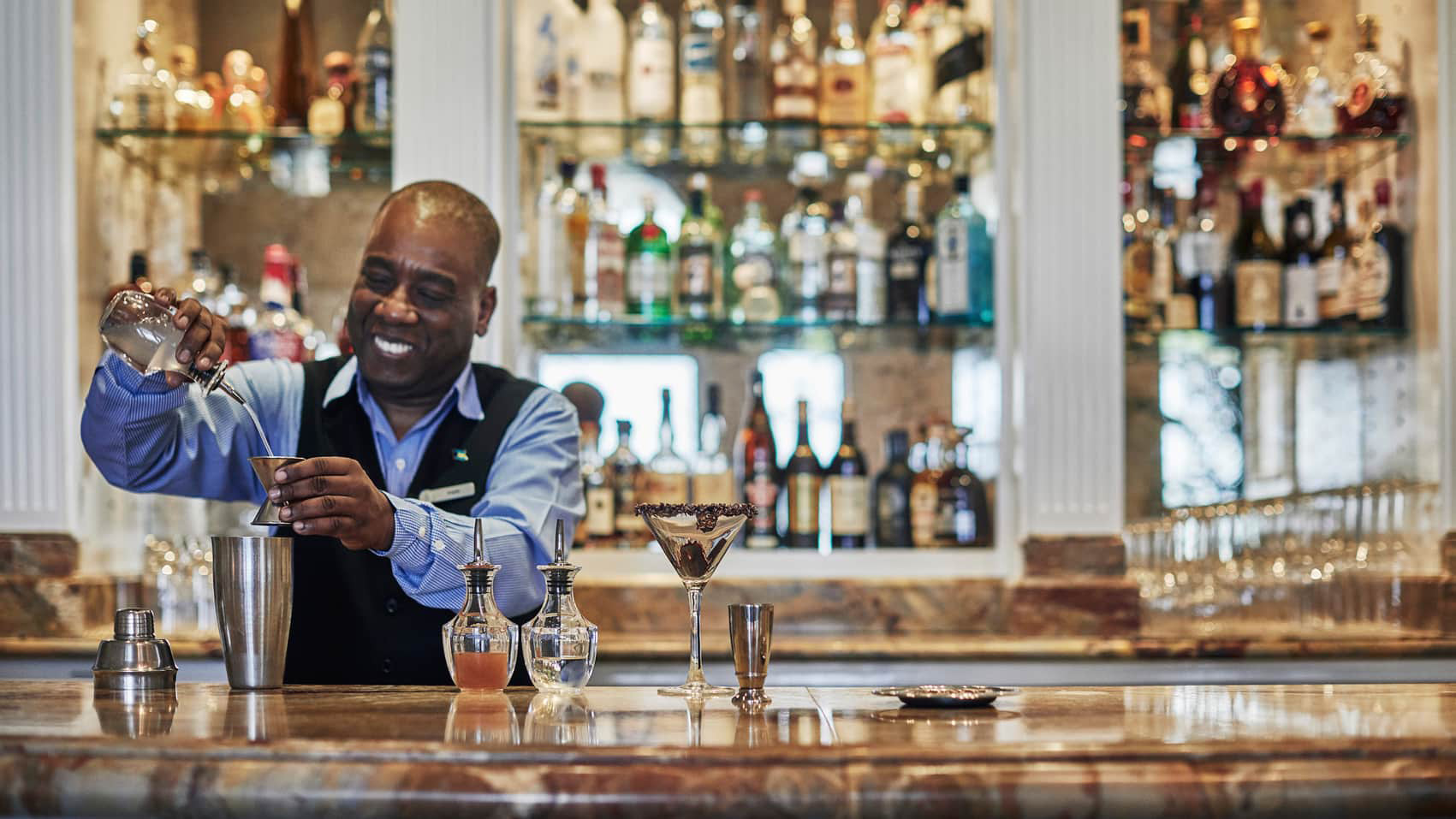 The Ocean Club Bahamas is celebrating its shared legacy with James Bond by releasing an ultra-exclusive 007 Secret Menu guest experience. The immersive culinary journey is part of the Resort’s 60th anniversary celebrations.

In honor of The Ocean Club’s 60th anniversary this year, the seven-course menu pays homage to seven Bond films released in the 1960s, as well as the Casino Royale 2006 remake, which was filmed on site at the Resort. Each course is inspired by the Bond film it is named after, with the overall creative vision led by the property’s talented culinary masters. To top it all off, each course is also paired with a unique martini from the Resort’s iconic Martini Bar.

Upon booking the experience guests do not receive any details until the morning of the reservation when a “classified” note with instructions is sent to their room. Once they’ve reviewed their top-secret “mission” guests can then look forward to a one-of-a-kind culinary journey hosted at the property’s Martini Bar or alternatively in a guest suite, bungalow or villa residence. The Resort famously played backdrop in the 2006 Casino Royale film with Bartender Keith Cash, who is still there today. All seven courses on the menu, including the martini pairings, remain a secret until the guest arrives for their reservation.

“As we continue to celebrate six decades of The Ocean Club, we want to provide guests the chance to experience our legacy first hand, this time focusing on the Bond story,” says General Manager John Conway. “The Ocean Club’s special programming throughout the anniversary year invites guests to not only join in on the celebrations, but also become part of The Ocean Club’s legendary past, which lives on today.”

For more information or to make a reservation, head over to the Resort’s official website.

Last year, The Ocean Club Bahamas partnered with Château d’Esclans to open a Rosé Paradis Garden, an enchanting pop-up experience transporting guests from the storied Versailles Gardens of Paradise Island to the south of France.