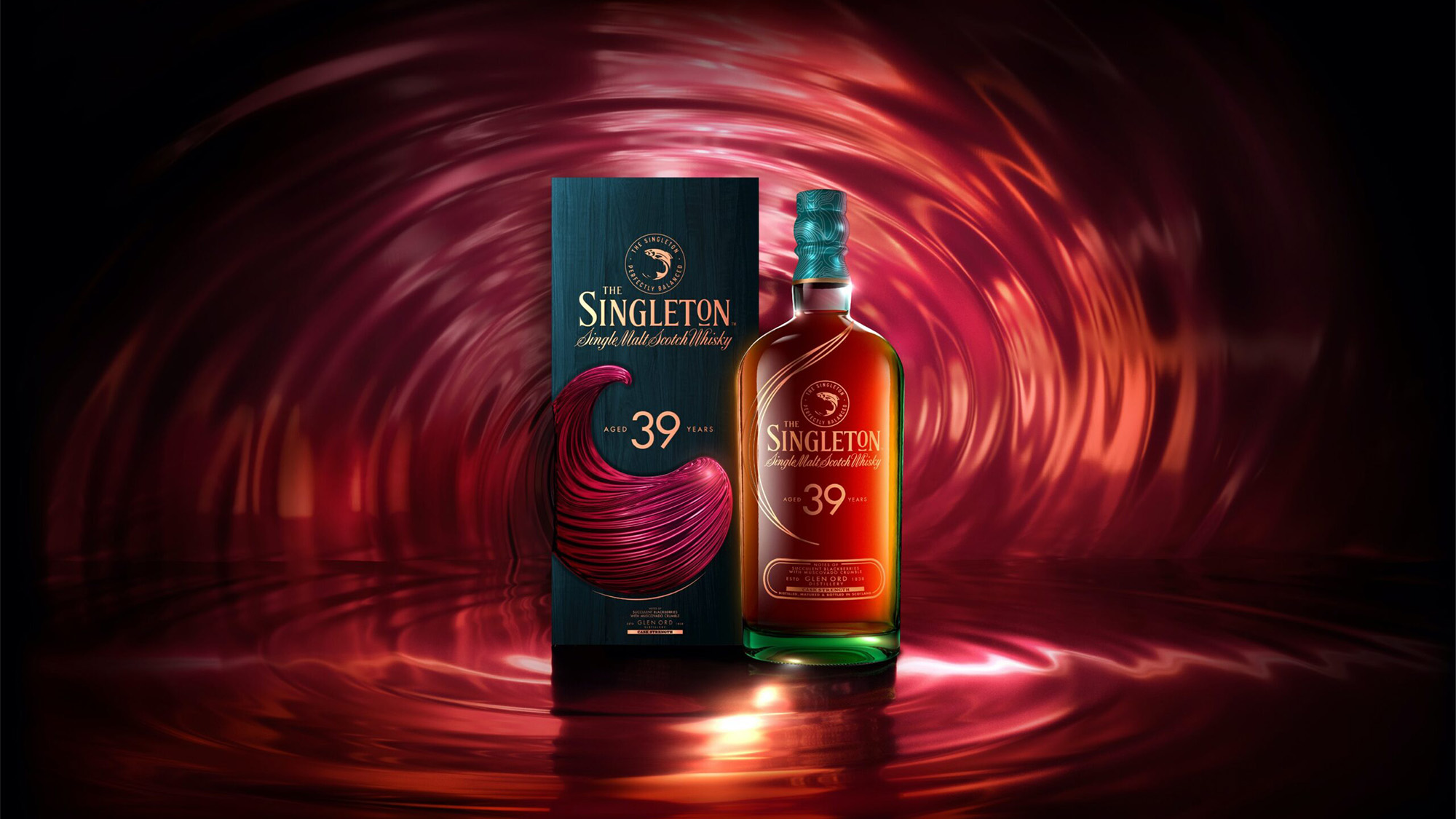 The Singleton 39 Year Old has been aged in an “inventive” blend of casks, including those which previously matured port, red wine, Pedro Ximénez & Oloroso, and then finished in French Bordeaux casks.

“I am in a privileged position to be able to use the skills I’ve acquired over my more than forty years at Diageo and apply them to experiment with flavour; something The Singleton gives me the freedom to do,” said Diageo master blender Maureen Robinson. “This whisky marries my work in Scotland and my own personal experiences of flavour recollections through vivid memories of visiting family-owned wine estates in France where I travelled years ago. I was adventurous in my approach over the years with this whisky, drawing on memories of tasting the ripened grapes fresh off the vines, and newly uncorked wine around a table with my friends. Tasting a dram takes me back to that time; a shared epicurean adventure and moment of indulgence.”

Robinson has seen the whisky through its 27-year secondary maturation. She started by taking a Singleton which had aged 12 years and rehoused it in hand-selected European oak casks which had previously held port wine, red wine and a blend of Pedro Ximénez and Oloroso wines. 27 years later, Robinson married these Scotch whiskies together in casks that previously held Bordeaux.

The inspiration behind the design of the presentation case comes from Robinson’s travels to the wineries of southern Europe.

For more information, head over to The Singleton of Glen Ord’s official websites.