Home Spirited Away Events The Wine House Puts Southern California Spirits in the Spotlight During Locals... 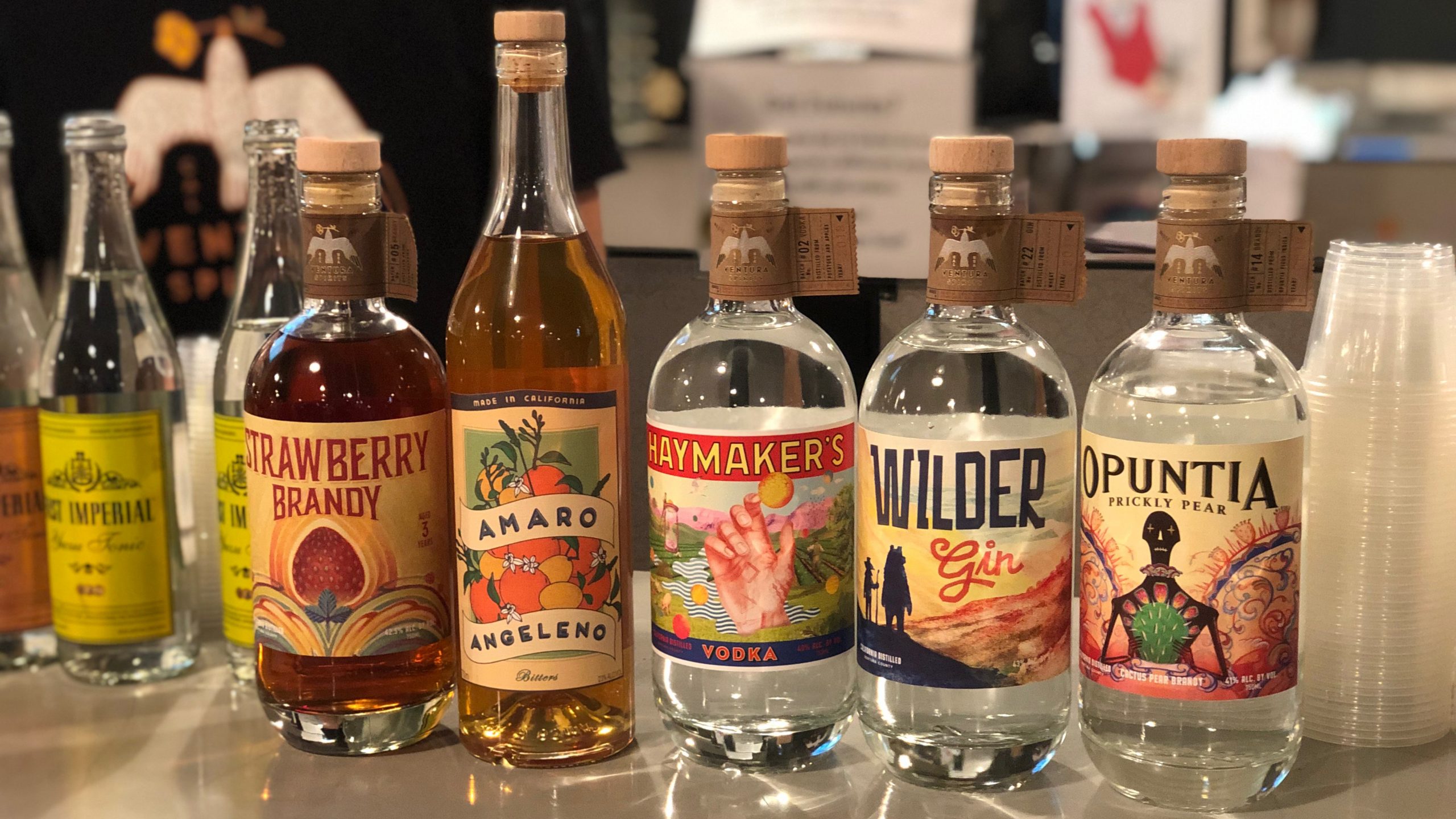 On Thursday night, seven of Southern California’s hottest spirit and beer producers convened at The Wine House in West Los Angeles for a night of tastings. Stark Spirits, 4 Sons Brewing, The Spirit Guild, Ventura Spirits, Surf City Still Works, J. Riley Distillery, and El Segundo Brewing Co. all provided a variety of their offerings for sipping. Set in the library-like wine labyrinth that is the Westside’s go-to spot for adult beverage purchasing, tables were situated between long racks of bottles, and the beverage purveyors poured their drams for a variety of sparkly-eyed guests.

The night began at Stark Spirits, which provided tastings of five of their offerings. The Pasadena micro-distillery brought along two of their gins, aquavit, peated whiskey, and orange brandy. The Dragon Spirit was a highlight with its spice-forward Chinese five-spice makeup.

Over at 4 Sons Brewing, hops was the name of the game. On tap were six different beers, but it was their collaboration with the Orange County band Dirty Heads that stood out. The Dirty Heads Vacation Session Ale is a perfect beach beer filled with ripe pineapple.

Surf City Still Works is the first distillery in Huntington Beach and the third in Orange County. They brought along four of their spirits, a bourbon, a rum, a gin, and a vodka. But the highlight was a small batch bourbon only available at their Huntington Beach distillery. Dubbed the Pacific Reserve, the dark golden nectar possessed a maple like sweetness.

Ventura Spirits provided the widest range of offerings. Alongside bar usuals like vodka and gin were a prickly pear spirit and a strawberry brandy. Nonetheless, It was the Central Coast-inspired micro-distillery’s Amaro Angelino that had gums flapping. The straw-colored liqueur was a hit to all that sipped.

The Spirit Guild poured gin and vodka, both showing off their keen attention to detail and knowledgeable palette. Made from clementines, both possess a fruity fullness and velvety texture not often found in the clear spirits category.

Lastly, J. Riley Distillery offered three different whiskeys. The Redlands-based whiskey distillery also presented their canned California Mule, which in our humble opinion is one of the finest canned cocktails on the market.

Locals Only showed off the quickly evolving landscape of Southern California spirits, and, like many nights at The Wine House, we were left remembering in vino veritas — or in this case, local spirits.

10 Canned Cocktails to Level Up Your Beach Days