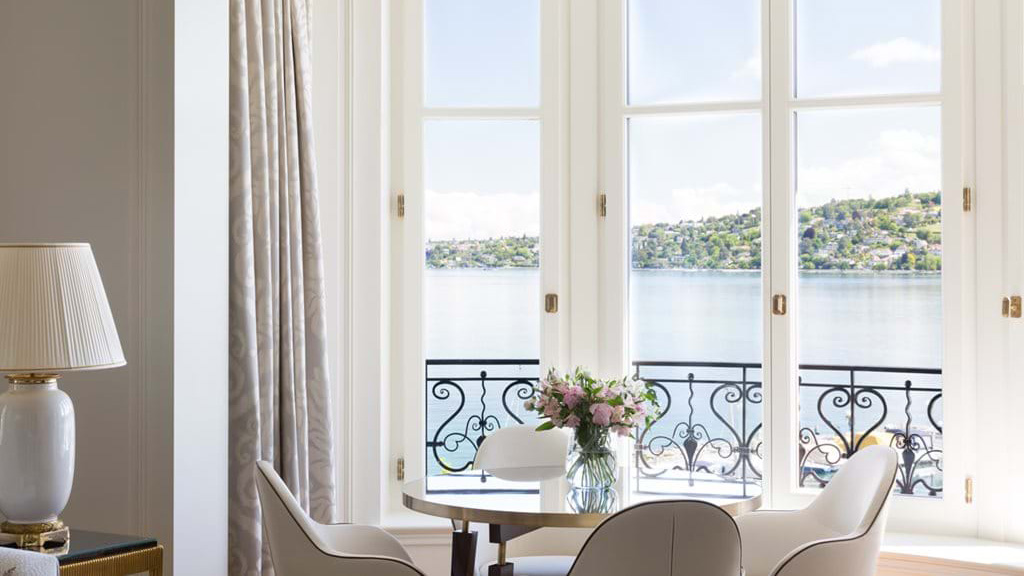 Located in a former bank, The Woodward was designed by Pierre-Yves Rochon, known for The Savoy in London and Paris’ Four Seasons Hotel George V. The 26 suites range in size from 600 square feet to 3,300 square feet and start at around $1,150 per night. Large fireplaces and plush carpets envelop the spaces in a luxurious warmth, while white walls and large windows bring light and space to every room. All come with beautiful white-marble bathrooms stocked with products from tony British toiletry brand Bamford.

At Le Jardinier, guests can enjoy plant-based cuisine from Michelin-starred Chef Alain Verzeroli is the restaurant’s first foray into Europe, after New-York City and Miami.e. The restaurant is located in the heart of the hotel and features two large verandas attached to the post-Haussmann façade, overlooking the picturesque Geneva harbor. The restaurant serves a variety of plant-inspired cocktails, including L’agrume (floral, aigre, appétissant) and Le Basilic (herbacé, doux, frais).

Nearby, visitors will find a variety of top-notch watch museums, including ones from Patek Philippe and Audemars Piguet.
For more information or to make a reservation, head over to The Woodward’s official website.