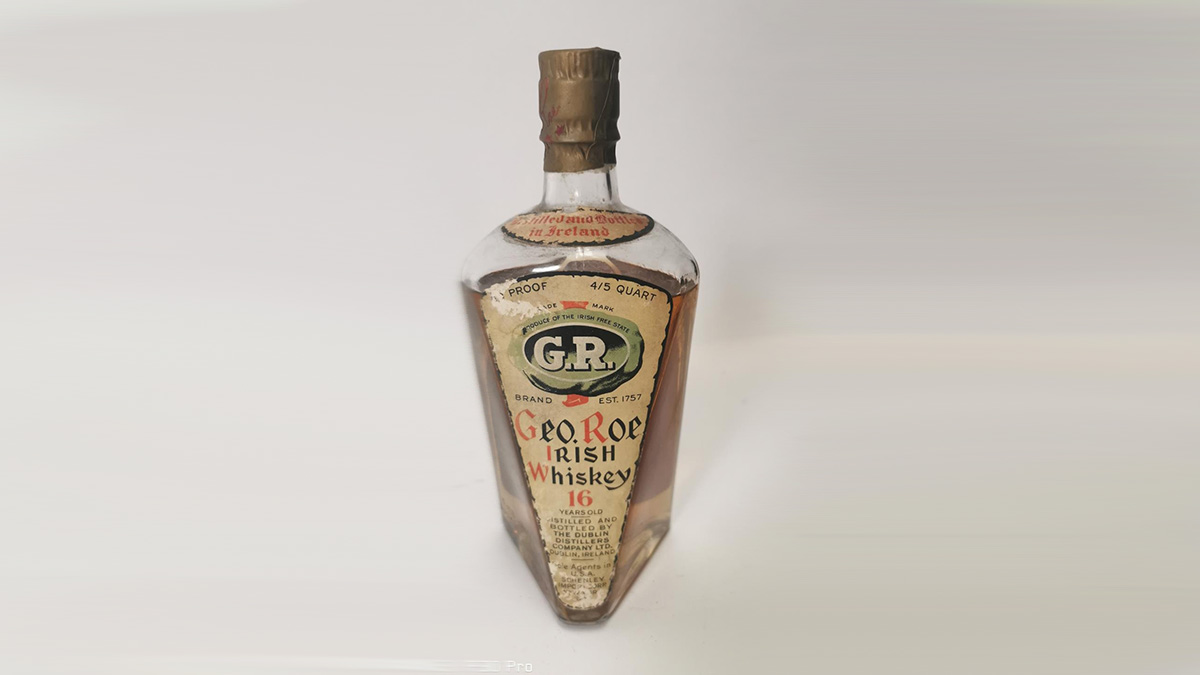 On August 12, an incredibly rare bottle of George Roe 16 Year Old Irish Whiskey will go up for online auction at Victor Mee’s Auctions. The bottle of Whiskey is expected to grab at least $14,000 by the time the hammer drops. What makes this bottle worth so much? Rarity, exclusivity, and liquor lore.

George Roe’s Thomas Street Distillery shuttered in 1923. But this particular liquid didn’t meet the bottle until the 1930s. That means this pot still malt Whiskey was initially laid down at some point in the 1910s or early 1920s and remains one of the last existing bottles from what was once the world’s most popular distillery.

You may have heard of Roe & Co. Irish Whiskey, which Diageo launched back in 2017. Last year, they opened a brand new distillery across the street from the Guinness Storehouse in the historic Liberties district of Dublin, only steps away from George Roe’s Thomas Street Distillery.

Since Teeling brought Irish Whiskey making back to Dublin in 2015, the Liberties district has become home to a variety of new distilleries. But that’s nothing in comparison to the 18th and 19th Centuries, when the neighborhood produced more Whiskey than anywhere else in Ireland. The biggest of all was George Roe’s Thomas Street Distillery, which at its peak was the largest Whiskey distillery in the world. In fact, by the late 1800s they were producing twice as much Whiskey as a certain John Jameson, who had his distillery over on Bow Street.

Unfortunately, the fall of the Thomas Street Distillery was swift. In 1891, George Roe amalgamated with the Dublin Whiskey Distillery Company’s Jones Road Distillery, and William Jameson’s Marrowbone Lane Distillery to form a distilling giant in order to compete with the rise of Scottish distillers. But due to America’s prohibition and the Anglo-Irish trade war in the 1920s, the company lost its two largest export markets and the Thomas Street and Marrowbone Lane distilleries closed in 1923, with the Jones Road Distillery following suit in 1926.

Nonetheless, the Whiskey survived in barrels.

This bottle of George Roe 16 Year Old Irish Whiskey was bottled after spending the appropriate 16 years aging in its barrel and somehow has managed to survive unopened all the way to today. It’s a relic of a lost era, shuttered distillery, and former corporate giant.