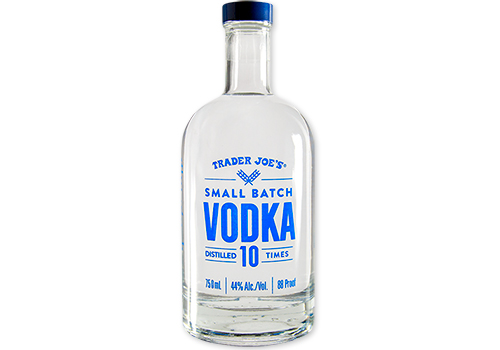 Fans of Lady Gaga have recently been excited by the pop star’s recent collaboration, not with another artist – but with Dom Pérignon. The world is not short of celebrity endorsements for well known drinks brands. However, something closer to home is sure to make even more people happy – Trader Joe’s posted on the company website that their stores will now carry their own brand vodka.

This news will surely excite regular shoppers at the store. But there is one stipulation – the new vodka will only be sold in stores that already sell liquor legally in their state.

Between the high-quality water source and high number of distillations, the vodka is smooth, if strong. At 88 proof, and incredibly easy on the wallet at just $9.99 per 750 milliliter bottle, this is a drink destined to find it’s way into cocktail enthusiasts’ home cabinets.

Trader Joe’s actually announced the vodka via the company’s official Instagram on March 30, 2021. Perhaps unsurprisingly, the post had gathered more than 9,000 likes within 24 hours. According to the comments offered by the social media fanbase, it appears as if the vodka is already out and on shelves too. So no need to wait for the launch or anything.

One lucky Trader Joe’s shopper, who already picked up a bottle, said,  “I just started making vanilla extract with this vodka!” Another faction of commenters broke out with one comment saying, “would be a great reason to bring back jalapeño limeade!” Someone else responded, “where’d that jalapeño limeade at.” Someone else suggested using the vodka in drinks like, “paloma, vodka tonic, screwdriver, juice of a few flowers.” The options are really endless.