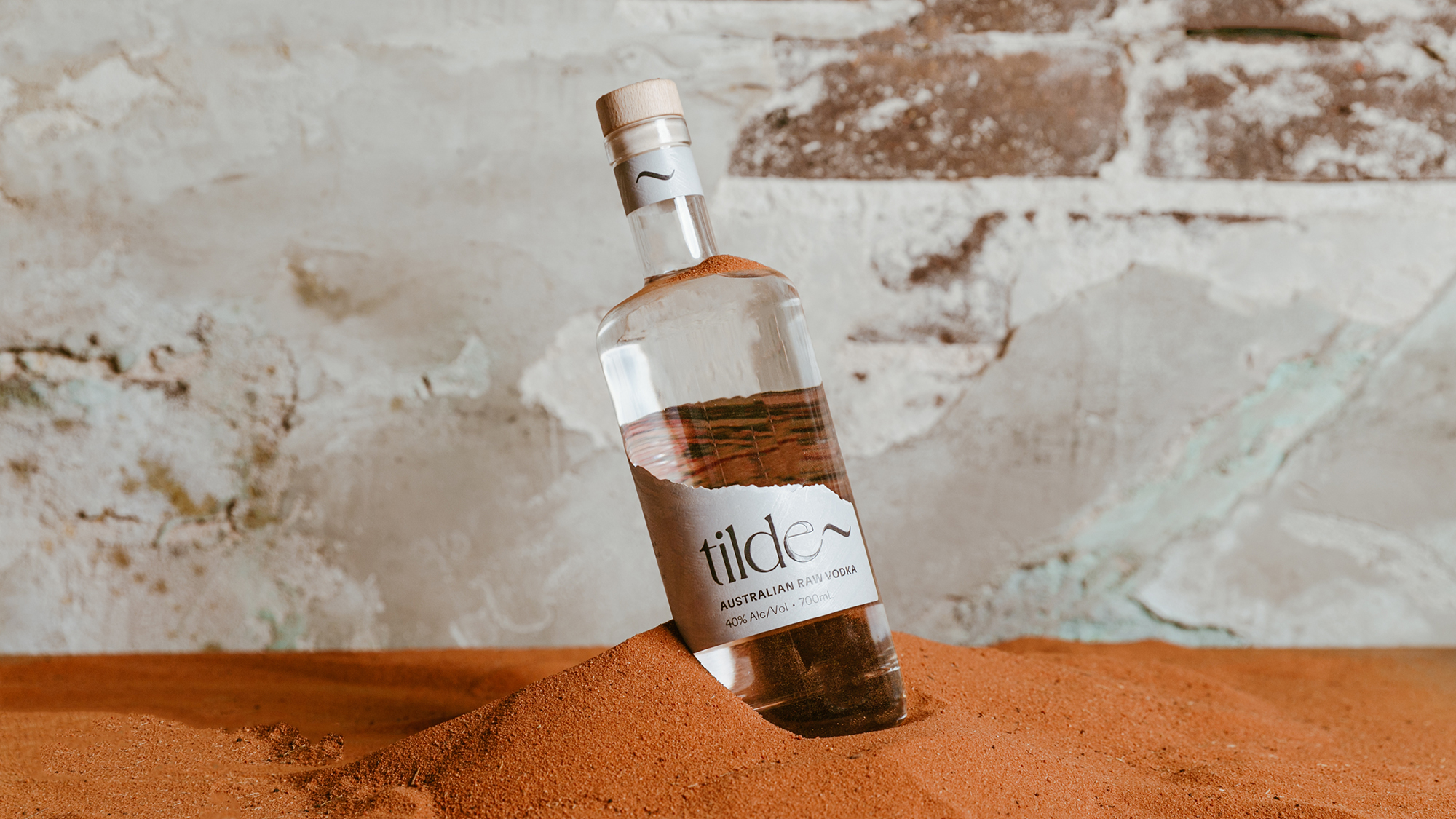 Crafted over two years, tilde~ is a premium raw vodka and is the result of a brewer, distiller and bartender joining forces to create a completely unique liquid. Its raw materials and distinctive flavour profile is a true Australian expression of craft vodka.

“We bring the expert skills from the  brewing world to give us the best base ingredients to make this truly unique craft product. tilde~ is  what Australian bartenders and drinkers alike have told us they want – a vodka Aussies can call their own,” said Danny Connolly, General Manager of Vanguard Luxury Brands.

“Chasing character through subtle flavours and texture, tilde~ offers something different to the Australian market. We set out to do things differently and craft a vodka in a way no one has done before. tilde~ is true to its high-quality ingredients and the craftspeople involved in its creation. A vodka that is real and raw.”

tilde~ is made using a new process of low-intervention distillation of high-quality, craft sour beer wash base and minimal filtration to preserve depth, character and natural flavours. The result is a vodka with identifiable character, complexity, and authenticity.

Sydney’s Door Knock bar owner and now tilde~ ambassador, Natalie Ng said: “tilde~ is set to change  the perception of vodka as a category. It has surprised even the harshest of industry experts and is  guaranteed to be a bartender favourite in no time.”

Evan Stroeve of Re. said: “As bartenders, we are typically quite averse to vodka. Whatever it’s made  from is fermented and distilled to the point it’s unrecognisable, with brands usually hinging on  mouthfeel and texture as the only distinguishing feature.

“tilde~ eviscerates that stereotype. A genuinely considered process, using an interesting base in sour  beer wash makes for a vodka with actual character. A light lactic bite, with citrus that is discernible rather than suggested. tilde~ is the future of vodka, and it’s exciting.”

The brand recommends enjoying the spirit neat, in a signature serve with soda and lemon or in a martini.

For more information, head over to the distillery’s official website.