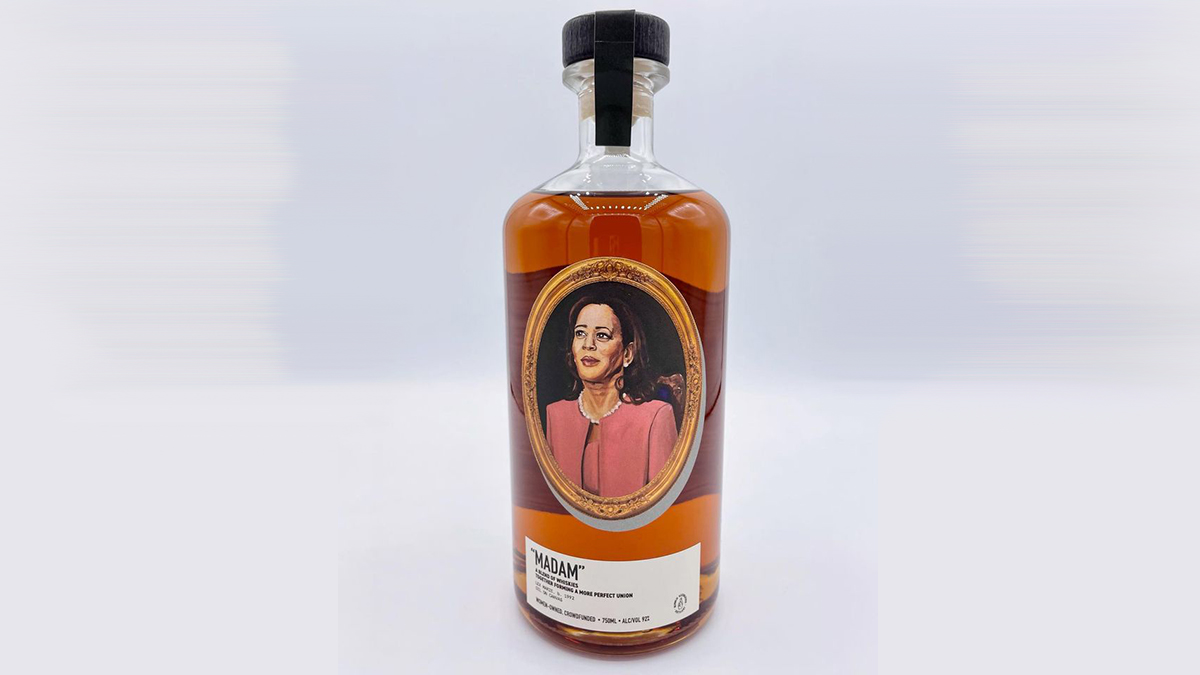 Vice President Kamala Harris has been honored with her own Whiskey, named MADAM. The new offering comes from D.C.-based distiller Republic Restoratives and features a portrait of Harris on the bottle.

Kamala Harris MADAM Whiskey is a blend of seven year old Bourbon and five year old Rye. It is a collaboration with Lex Marie, a D.C.-based visual artist who painted the Vice President’s portrait. “As an artist my mind immediately went to the many masterpieces I’ve studied of portraits painted of french women of status titled ‘Portrait of Madame,’” said Marie about her work.

She added, “Our work is so important because it captures these important events with true emotion as they take place. As a black woman, I feel honored to paint a portrait of our first black female VP the year she was elected. These are artworks that we will show our grandchildren and their grandchildren.”

MADAM is now on sale via Republic Restoratives official webstore and is priced at $89 per bottle, or it can be paired with the I’M SPEAKING Purpose Rye for $155.

Wolves Unveils The Rye Project, Volume One, In Collaboration With The...