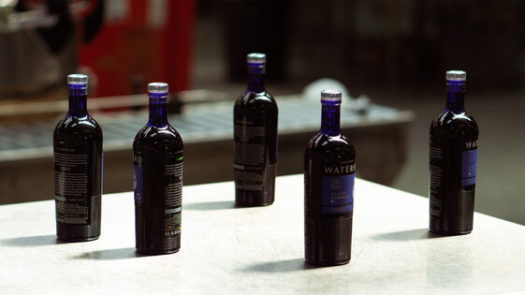 Waterford Distillery has unveiled the world’s first biodynamic Irish whiskey. Dubbed Biodynamic: Luna 1.1, the new offering from Mark Reynier’s brand is made solely from biodynamic barley, according to the producer.

The trio of Waterford growers take on biodynamic practices that include planting seeds in keeping with specific phases of the moon, using horses to plough in place of machinery, and–our personal favorite–burying manure-filled cow horns during certain times of the year for fertilisation benefits.

Reynier first worked to distill biodynamic barley several years ago when he was managing director at Bruichladdich Distillery in Islay, Scotland.

“Many of the world’s very greatest winemakers follow biodynamic farming to produce the most exquisite flavours,” explained Reynier. “But nobody has released a whisky made from purely locally-grown biodynamic barley – until now.

“Malt whisky already is the most complex spirit in the world thanks to the barley from which it is distilled, and with a biodynamic cultivation regime there is the ultimate opportunity to enhance its flavour.

“At Waterford, we are on a mission to create the most complex, unique and profound whisky, and biodynamics is the next step on that journey. It makes little financial sense, but for taste – for taste alone – it is the holy grail. Simply put: the healthiest possible soil equals the best possible flavour.”

Waterford Biodynamic: Luna 1.1 will be the second bottling in the distillery’s Arcadian series following the launch of Gaia 1.1, an organic-certified Irish single malt, last year.

For more information, head over to Waterford Distillery’s official website.