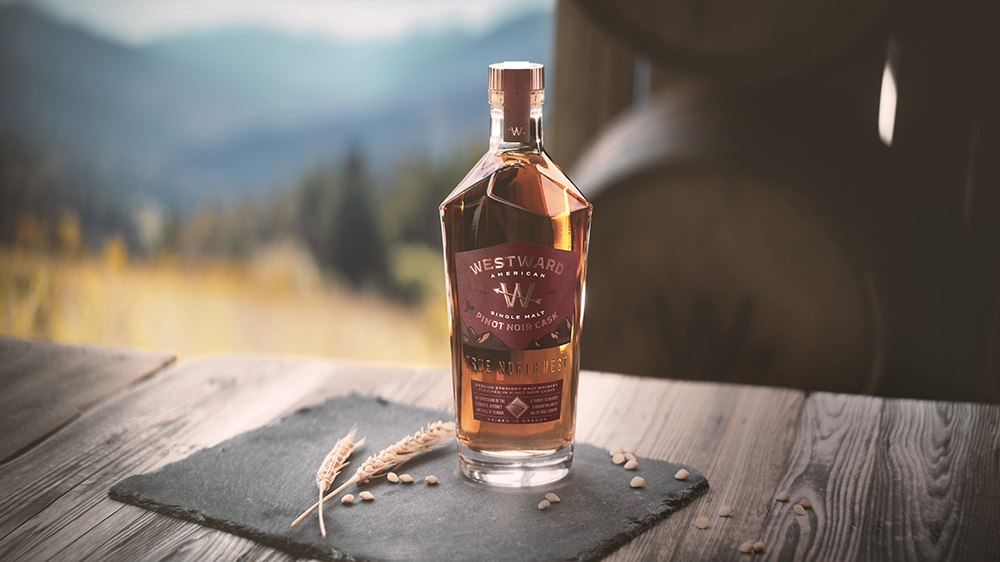 “At Westward, there are no shortcuts, and therein lies the beauty. We pursue perfection by raising a world class whiskey through our long, slow, process,” said Thomas Mooney, CEO and Co-Founder, Westward Whiskey, in a prepared statement. “Today, we celebrate the culmination of a project we have worked on for the last two years. Our new custom bottle and design expresses the uncompromising spirit of the American Northwest, and they represent Westward’s meticulous devotion to our process, culture, climate, and ingredients.

“We’re thrilled to introduce a new, elevated visual identity that further highlights the beauty of our award-winning whiskeys.”

The redesign, meanwhile, was created in collaboration with award-winning design agency Pearlfisher. The design pays tribute to th Pacific Northwest and features the words “True Northwest” across the bottle. The “cuts and edges reflected in the bottle mirror the raw beauty and dramatic mountain ranges found in the American Northwest. Likewise, the new, angular label is designed to reflect the mountain peaks of Westward’s origin and capture the craftsmanship that goes into perfecting its whiskeys every day,” explained the brand.