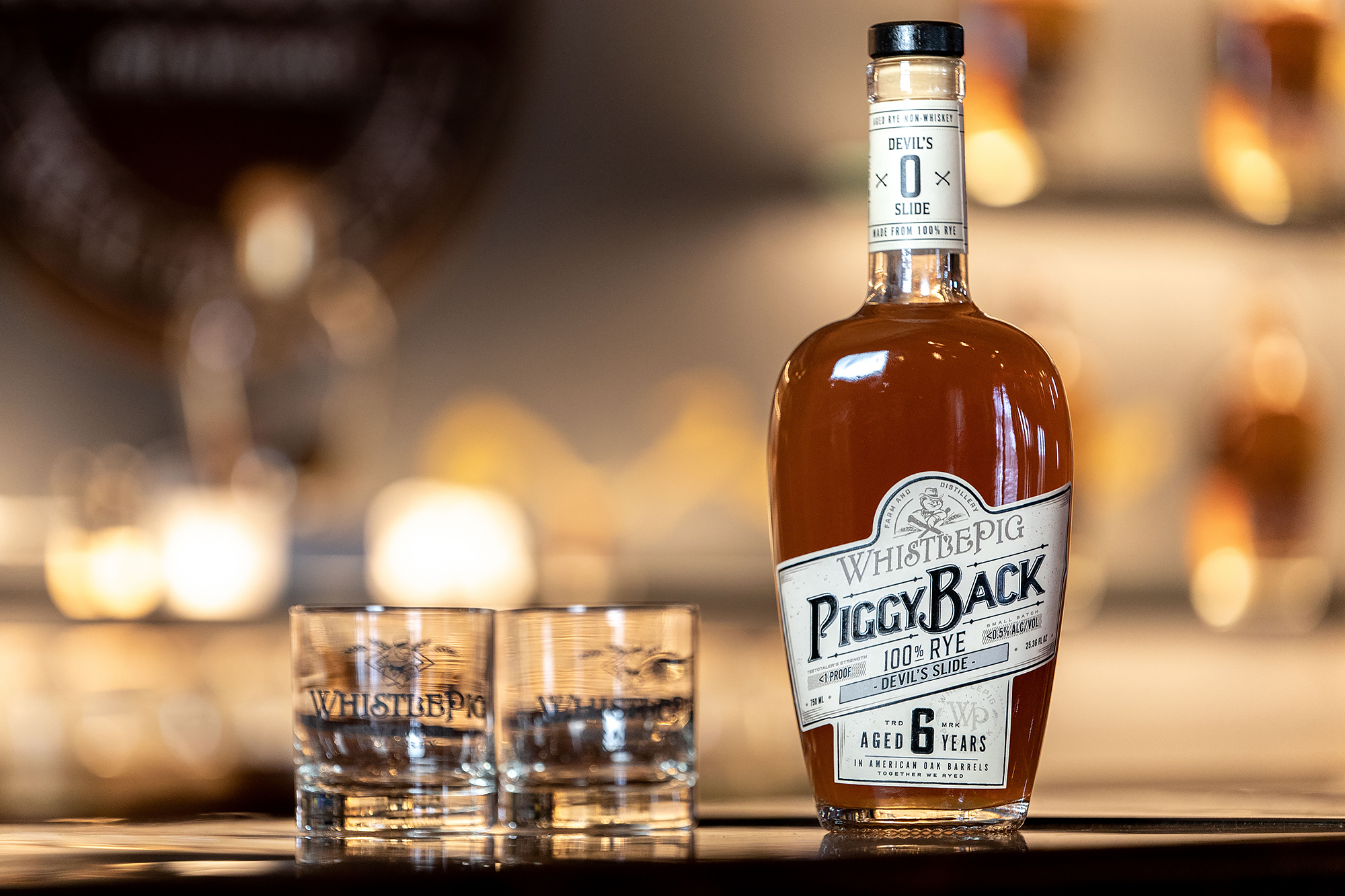 WhistlePig Whiskey has launched a limited-edition, non-alcoholic whiskey called PiggyBack Devil’s Slide. The Vemront-based whiskey makers will donate 100 percent of the proceeds from the sale of he alcohol-free offering to bartenders across the United States to help “offset their lost earnings during the January drought,” says the brand.

WhistlePig PiggyBack Devil’s Slide is distilled from 100% Rye and aged 6 years, then “undistilled to a uniquely quaffable aged non-whiskey.” According to the brand, it has the nose, palate and finish of a WhistlePig favorite, but without the morning after pitfalls.

Along with the new bottling, WhistlePig has shared two of its favorite recipes for Dry January mocktails:

The Best Part of Wakin’ Up:

Add all ingredients to a coffee mug, top with whipped cream, stir, sip and get cozy.

On the Wagon Fashioned:

WhistlePig PiggyBack Devil’s Slide is currently on sale for $49.99 per 750ml bottle and can be purchased via the brand’s official website.