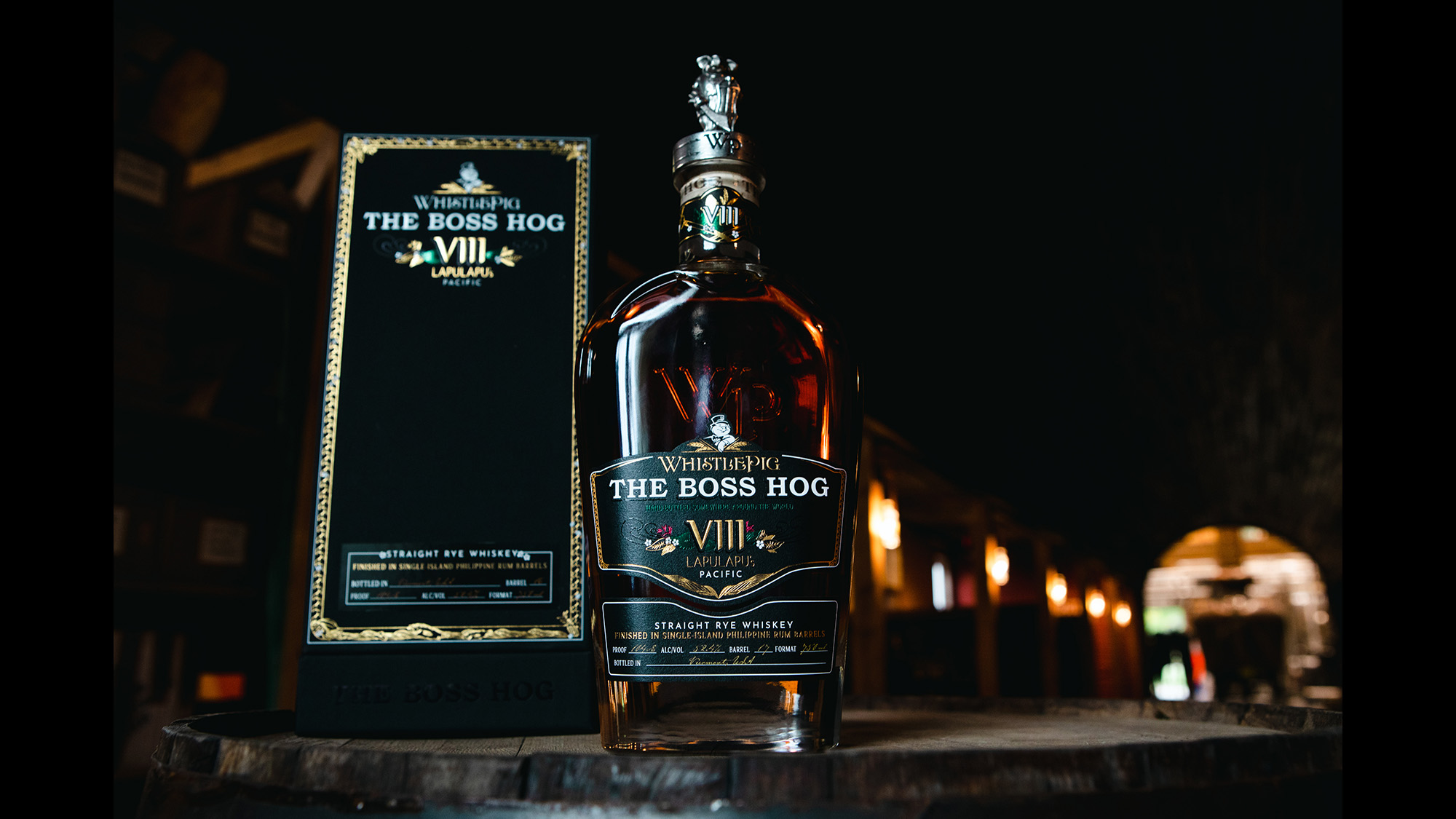 The Boss Hog VIII draws inspiration both historically and symbolically from the Philippines, where Magellan met his fate at the hands of Filipino hero LapuLapu during the battle of Mactan. Magellan’s journey ended in the Philippines on April 27, 1521, when the local victory dispelled the Spanish fleet. Five hundred years later, LapuLapu is celebrated as a symbol of strength and independence – his likeness captured in the hand-made, collectible pewter pig that crowns The Boss Hog.

The Philippines is one of the world’s lesser-known rum producers. The rum barrels for The Boss Hog VIII make their own long journey from a small island just southwest of Cebu, where the famous battle occurred. They previously held small batch rum for between seven and ten years. Just like rye whiskey, extended barrel aging enriches rum’s vanilla, caramel, and oak notes, mellows the profile, and adds layers of complexity to the final spirit. A high toast profile imparts another dimension of toffee and spice flavors.

“On the heels of Magellan’s Atlantic, it was a great challenge to find the perfect finish for the most special Rye barrels in our warehouse. We were already tracing Magellan in depth, and when we discovered LapuLapu’s story we knew we had to track down the best Philippines Rum barrels we could for the sequel. Before maturing Rum for 7-10 years, the barrels were coopered from American Oak and originally held bourbon. In this way, they’ve made their own circumnavigation from American whiskey to the Philippines, and back again to us in Vermont,” says Meghan Ireland, Blender, WhistlePig Whiskey. “The whiskey rest first in 7-year-old small batch Philippine Rum casks, followed by a shorter finish in 10-year-old small batch Philippine Rum casks. The older rum is darker and bolder, requiring less time for its barrels to impart notes in the whiskey. The end result is an amazingly unique and delicious whiskey.”

“Like all of our boldest experiments, this one was not without its trials,” adds Ireland. “We actually attempted to send the whiskey itself around the world to Spain, to finish in the place where just one ship from the original fleet finally returned. Those barrels have yet to come back to us, so for the most daring collectors out there, the hunt is on.”

On the nose, lush vanilla aromas give way to delicate tropical notes including under ripe bananas, freshly picked lemon, and molasses. The palate offers an abundance of fresh ground cinnamon with citrus zest, butterscotch, and light notes of toffee. The finish is rich with tanned leather, light brown sugar, nutmeg, and allspice with a long-lasting black pepper rye spice.

Bottled at proof, between 104.8 – 106.5 (52.4-53.3% ABV), The Boss Hog VIII: LapuLapu’s Pacific is priced at $499.99 per 750ml bottle. Like the other editions in the collection before it, LapuLapu will be sold at a variety of premium liquor stores, bars and restaurants across the United States and is now available for sale at WhistlePig’s official webstore.