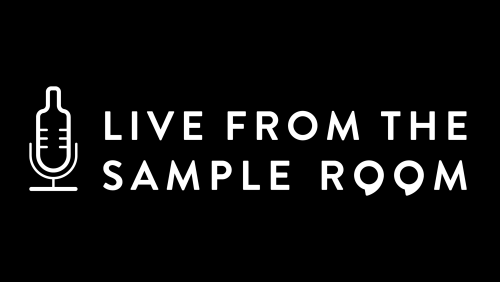 Whyte & Mackay has launched its Live From The Sample Room podcast. The new series from the spirits giant grants exclusive access to the people, places and stories behind some of Scotland’s top distilleries. The first episode went up earlier this week and features The Dalmore Master Distiller Richard Paterson as its first guest.

Hosted by food and drink columnist Abbie Moulton, Live From the Sample Room explores the careers and groundbreaking techniques used by the people responsible for crafting Scotland’s most loved Whiskies. The first season will see the release of a series of episode specials, each focusing on an inimitable guest who has made a lasting impact on the Whisky industry. Guests will bring on a whisky of their choice for a tasting to finish each podcast.

Whyte and Mackay’s Whisky portfolio is made up of prized single malt brands, including The Dalmore, Jura, Fettercairn, and Tamnavulin.

The first episode takes a deep dive into Richard Paterson’s five-decade strong career as a Whisky maker and explores how his passion for the spirit led to him becoming one of the most recognisable faces in the industry.

“We’re incredibly excited to launch Whyte & Mackay’s first ever podcast,” said Kieran Healey-Ryder, Head of Whisky Discovery from Whyte and Mackay. “In this production, we are bringing whisky enthusiasts into the sample room to meet the personalities behind Scotland’s most famous export. The first series is bursting with never-heard-before content which casts light on the stories and personalities behind our whisky making.”

“So often, whisky is something we only get to enjoy from afar and for that reason it can, at times, feel quite mysterious,” commented podcast host Abbie Moulton. “It’s been a real joy to be able to delve deep into the casks for the stories and the secrets behind each of these highly respected distilleries, and to uncover the personal stories behind the processes that make their quality so admired around the globe. From the forward-thinking innovations of Gregg Glass, to the jewels of wisdom shared by Richard Paterson, and all of the journeys in between, I hope this series opens up the world of Scotch and all of its pleasures.”

Other episodes in the first series include an intimate look at life on the Isle of Jura with Brand Home Manager Mark Bruce. It takes a look at the logistical challenges of making Whisky on one of Scotland’s most remote islands.

The series will also feature Fettercairn distillery manager Stewart Walker who will sample a cask that he laid down over a decade ago live on the podcast; experimental pioneer and blender, Gregg Glass talks about the Scottish Oak Programme and how he is innovating the category using wood in entirely new ways; and Joanne Reavely, distillery manager of Speyside’s Tamnavulin, explains how a previously silent distillery rose to meteoric levels of popularity.

Whyte & Mackay Live From The Sample Room has been produced by Rethink Audio, makers of a wide portfolio of award-winning podcasts, including Fearne Cotton’s Happy Place, The Week Unwrapped with Olly Mann, and Tales of Silicon Valley with The Sunday Times.

The first episode is now available to download from Apple, Spotify and Google.