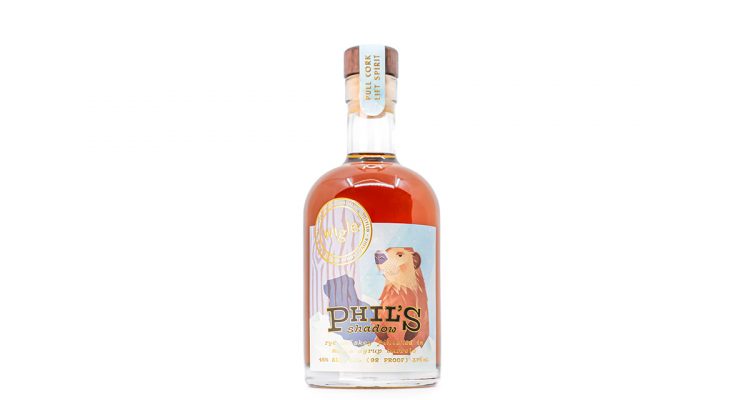 Wigle Whiskey has teamed up with the Punxsutawney Groundhog Club to create Phil’s Shadow Rye, a limited edition Whiskey made to celebrate Groundhog Day. The Rye is named after Punxsutawney Phil, the iconic groundhog that for the past 135 years has been forecasting the early arrival of spring or the continuance of winter.

Wigle Whiskey Phil’s Shadow Maple Barrel Finished Rye is made from a combination of the Pennsylvania distillery’s Pennsylvania Straight Rye Whiskey and the tradition of Pennsylvania maple syrup production. The Rye was aged for at least two years in new charred oak barrels, before finishing in barrels used by Paul Family Farms to age their maple syrup. Pennsylvania’s Threadbare Cider will also be producing a rum raisin cider for the occasion.

The Whiskey is described as a “bold, spicy spirit complemented by a pronounced velvety, rich sweetness.” And as the distillery says, it “is sure to help get you through the winter, even if Punxsutawney Phil™ does see his shadow.”

If you’d like to make a cocktail with it, the distillery recommends Phil’s Sweet & Sour Cocktail:

Phil’s Shadow Maple Barrel Finished Rye Whiskey is priced at $38 and is available for shipping in PA and DC or pick up at either the Wigle Whiskey Distillery or Wigle’s Bottle Shop.