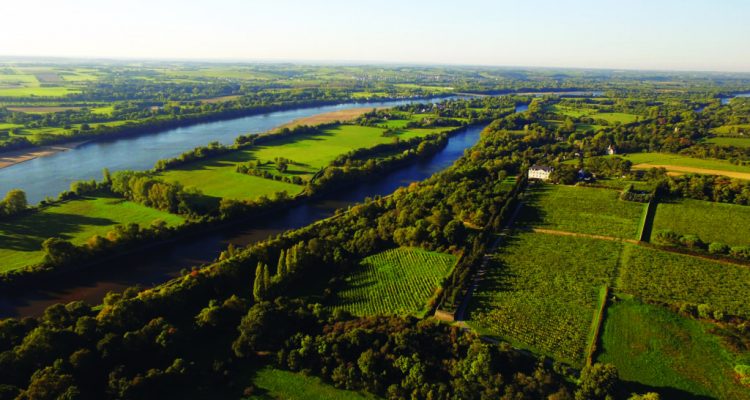 Luxury wine importer Wilson Daniels has announced a new partnership with Loire Valley producer Famille Joly. Owned and operated by the Joly family, the 12th century estate is comprised of three biodynamic Chenin Blanc vineyards anchored around the family monopole, Clos de la Coulée de Serrant. Nicolas Joly is renowned as a leader of biodynamic viticulture, and his wines strive to reflect the harmony of nature, expressing the differences inherent in each of the single vineyard sites.

“With their terroir-focused approach, multi-generational family oversight, and commitment to the highest standards of biodynamic production, the Famille Joly wines could not be more at home in the Wilson Daniels portfolio,” said Wilson Daniels President Rocco Lombardo. “This partnership will bring these unique Chenin Blancs and the important history of the monopole Clos de la Coulée de Serrant to a market eager for consciously-crafted wines.”

Within the seven hectares of the monopole Clos de la Coulée de Serrant AOC—located in the Savennières appellation—lies a centuries-old monastery where Nicolas Joly currently resides. The surrounding vineyards were first planted in 1130 by Cistercian monks and have consistently been planted to vines ever since, with 2020 marking the 890th consecutive harvest. The 35- to 80-year-old vines grow on steep south-facing slopes with shale outcropping and quartz throughout the soil, giving the monopole’s namesake wine exquisite minerality.

The second wine is the Clos de la Bergerie, made from 3.2 hectares of vines in AOC Roche aux Moine. The east-facing vineyards have a gentler slope, but a similar soil composition. The third and final wine is the Les Vieux Clos in the AOC Savennières, from 25- to 30-year-old vines on steep east-facing slopes with slightly sandier soil.

The resulting wines are a study in micro-climate, as each is treated the same way in the cultivation process, cellar, and bottle, allowing the natural character of the sites to shine through.

“Our wines are oriented to an experienced consumer with an appreciation for our biodynamic philosophy, which allows the originality of our own AOC to fully express itself in the bottle without the support of oenology,” said Nicolas Joly, Proprietor of Famille Joly. “We chose this partnership with Wilson Daniels because of the high level of understanding of their customers, and the full support of their team.”

The wines have been recognized throughout their long history by royalty, critics, and many others, and Wilson Daniels anticipates placing them at the forefront of the growing United States market for white wines from France. All three wines from the 2019 vintage are available nationwide beginning May 2021.

For more information, head over to the official Wilson Daniels website, or Famille Joly’s site internet.