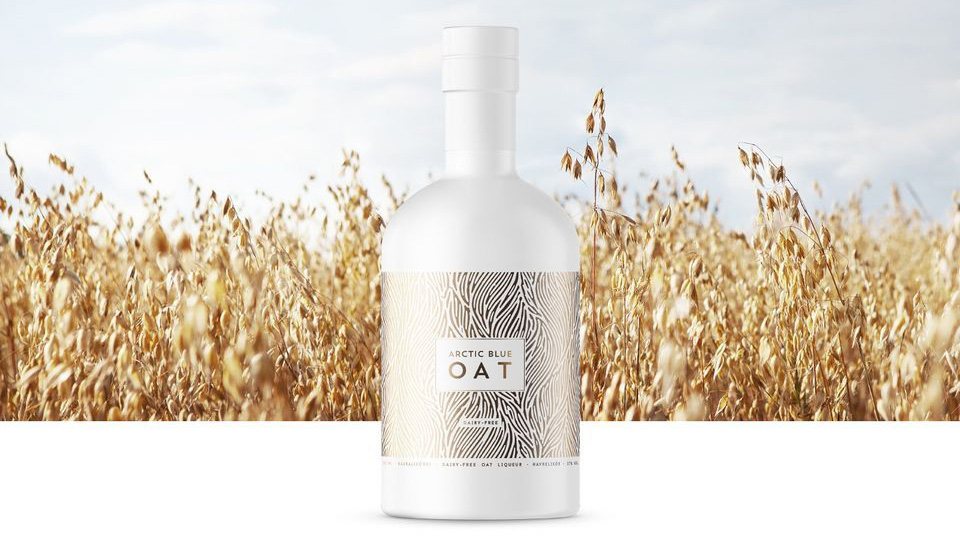 Best known for their Arctic Blue Gin, Arctic Blue Beverages is launching the world’s first Gin-based oat liqueur. The dairy alternatives market is growing quickly in both Europe and the United States, and oat is expected to become the largest plant-based raw material in its product field – surpassing almond – exceeding €1 billion in sales over the next five years.

The global market for traditional cream-based liqueurs is around 18 million bottles per year, or €1.5 billion, Drinks Retail News reports. Unlike almost all other cream liqueurs, Arctic Blue Oat liqueur is a vegan product. “So far, oat has been mainly used in dairy alternatives. We have noted that oat also works as an excellent base for an alcohol product,” says Valtteri Eroma, CEO of Arctic Blue Beverages.

Tuomas Kukkonen, a board member of Arctic Blue Beverages, had a significant role in the product development of the new Arctic Blue Oat. Kukkonen is the former CEO of Kaslink Oy, which is known for manufacturing oat products. In 2019, Kaslink Oy was sold to Fazer Group, a Finnish foods giant.

In the manufacture process of the Arctic Blue Oat, the taste from the second main ingredient, artisan gin, has been thoughtfully taken into attention. Artisan gin is made in Ilomantsi, the most eastern community of Finland.

Unlike conventional oat drinks, found in daily retail stores, Arctic Blue Oat contains only water and oats, without additives. It is gluten-free and organic.

Globally, the market for dairy alternatives products has doubled in the last five years, from around €10 billion to €20 billion. Compared to dairy products, the key benefits of oats are the lower environmental impact, health benefits, and taste.