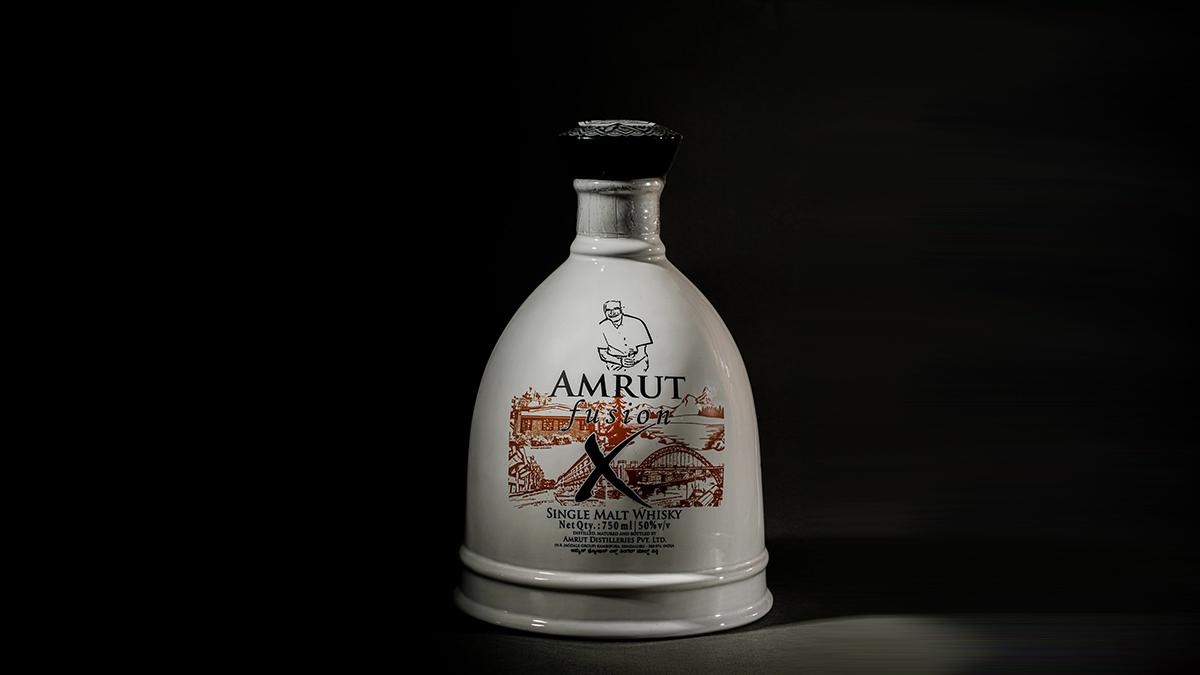 Amrut Fusion X is an ode to the pioneering Indian distillery’s past and vision for the future. The Whisky is created after further maturing Amrut Fusion for a period of four years in PX-Sherry casks, adding an additional dimension to the liquid.

It comes in a collectable porcelain bottle, adorned with a beautiful print and a sketch of Neel, crafted by Wade, England. The cork has been handpicked and shipped from Portugal, while the bottle will be presented in a jacket made of lush velvet. The Fusion X, also for the first time in India comes with an integrated NFC chip in partnership with Vlinder, which adds a great level of safety to the collectible bottle. Buyers can tap the NFC on the bottle to be indicated on their smartphones if the bottle has ever been opened, and also access a vast array of information about the Whisky via a website.

“It’s a matter of great pride to us when people call Amrut Fusion the flag-bearer of Indian Single Malts. Our late CMD and my father Shri Neelakanta Rao Jagdale was in fact the architect of this path breaking product and it gives me immense satisfaction to make this special release of Fusion X on his birthday as both a celebration of 10 years of love by consumers around the world and a tribute to his life and legacy.”