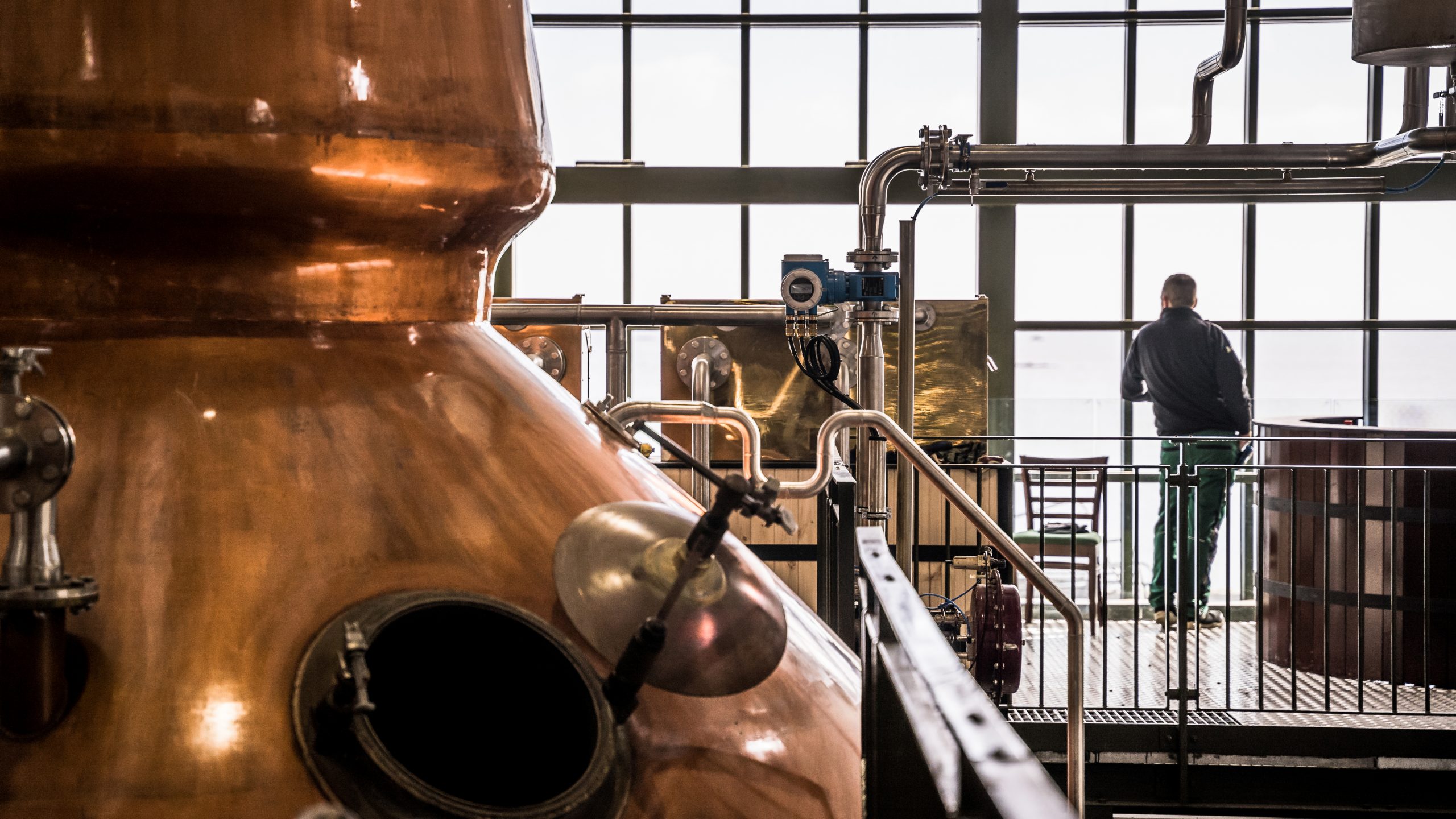 This past week, Ardbeg unveiled their new purpose-built stillhouse. The desire among Whisky lovers for big smoky flavors is on the up, and the Islay distillery’s new stillhouse aims to meet that growing demand as it will significantly increase the Distillery’s capacity.

Retaining the committed character of Ardbeg was at the heart of this project, and, therefore, the new stills were designed to the exact specification as the old ones – right down to the millimeter. Altering the character of the Scotch was a risk the distillery wasn’t prepared to take.

The new building, located right on Ardbeg’s shoreline, is home to two wash stills and two spirit stills, as well as a feature picture window. Here Ardbeggians will soon be able to drink in views over the Atlantic, along with a little Ardbeg.

The launch of a new still comes with a degree of tradition. It’s customary to ‘sweeten’ a still with a handful of botanicals relevant to the spirit. This ritual is seen as a good luck charm among distillers. At Ardbeg, they use heather, peat and seaweed to create the smoky malt flavors the distillery is known for. New stills don’t come around often, so reviving the age-old tradition is a once-in-a-generation moment.

Dugga Bowman, Head Warehouseman, was tasked with securing the peat. He was sent out on a quad bike by Colin Gordon, Distillery Manager, with a turfing spade in hand, to locate the perfect patch. Historically, the distillery cut peat at Kintour Moss on the Ardtalla Estate – about three miles from Ardbeg. This is where Dugga went to find a little slice of Ardbeg history.

In an informal ceremony at the distillery, Colin Gordon had the honor of lowering the peat into the still, lifting it back out before the liquid ran through. He said, “It’s not often a Distillery Manager gets to take part in something as special as this. I’m privileged to be here for it. We’ve really retained the soul of Ardbeg with this new stillhouse. We hope now there’ll be more of our Ultimate Islay malt to go around.”