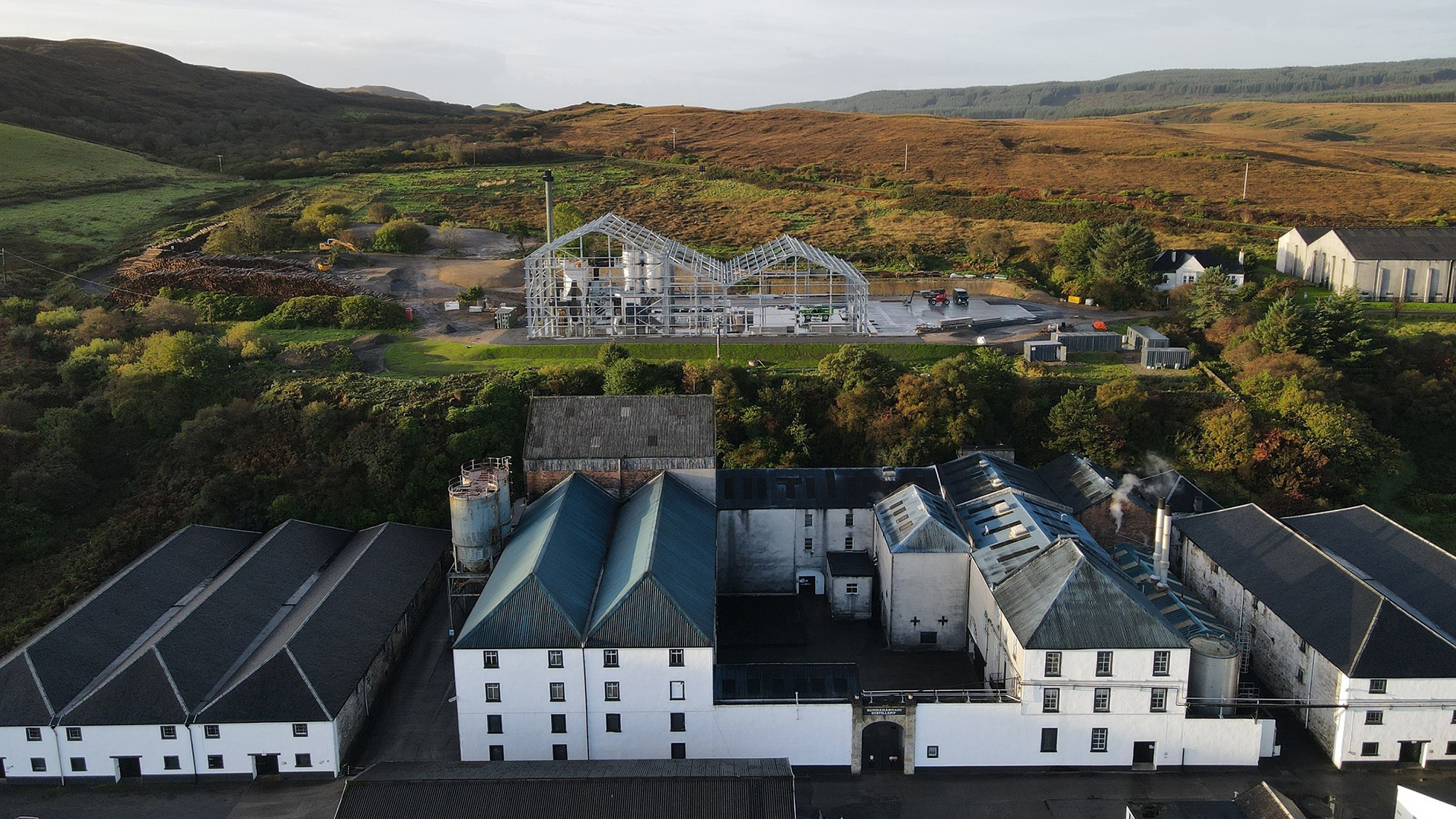 Bunnahabhain is on-track to become Islay’s first distillery to have a Net Zero emission distillation process. This is following the installation of a biomass energy center – powered entirely by forest biomass sourced only 15 miles away and spent malt, known as draff which is a by-product of distillation.

“This is an exciting new chapter for Bunnahabhain distillery and whisky production on Islay,’ said Julian Patton, International Supply Chain Director at Distell International, owner of Bunnahabhain Distillery. “The Scotch Whisky Association has set a net zero target of 2040 and a lot of work is underway by our team in pursuit of achieving this goal long before this.

“The biomass centre makes Bunnahabhain Islay’s first distillery with a Net Zero distillation process, and we’re extremely proud, not only of the scale of the project but the entirely locally sourced fuelling system, which supports the island’s forests and economy.”

The combination of wood chippings from low value timber felled on Islay and spent malt helps to nurture the island’s forests and promote sustainability and biodiversity as existing conifer forests are replanted with mixed hardwood and softwood. Some peat bog that is currently planted will also be restored. Ash from the nutrient rich biomass fuel will then be used as natural fertiliser for the replanted forest, creating a circular model for sustainability.

The £6.5m project has been funded by AMP Clean Energy who will own, manage and operate the biomass system. It is currently being constructed by AMP Clean Energy’s appointed contractor and project developer, Dallol Energy Limited, and will be operational by Spring 2022.

The facility will save approximately 3,500 tonnes of carbon per year – a CO2 saving equivalent to the emissions of 1,800 diesel cars, which is more than the total number of vehicles based on Islay.

Richard Burrell, Chief Executive of AMP Clean Energy, said: “Through our fund, develop, own and operate model, we are delighted to be supporting Distell Group to help meet its carbon reduction targets. The biomass energy centre being developed at Bunnahabhain is a landmark low carbon project which sets the bar for how manufacturers can reduce their Scope One Carbon emissions, which will be key to achieving Net Zero.”

For more information, head over to Bunnahabhain’s official website.