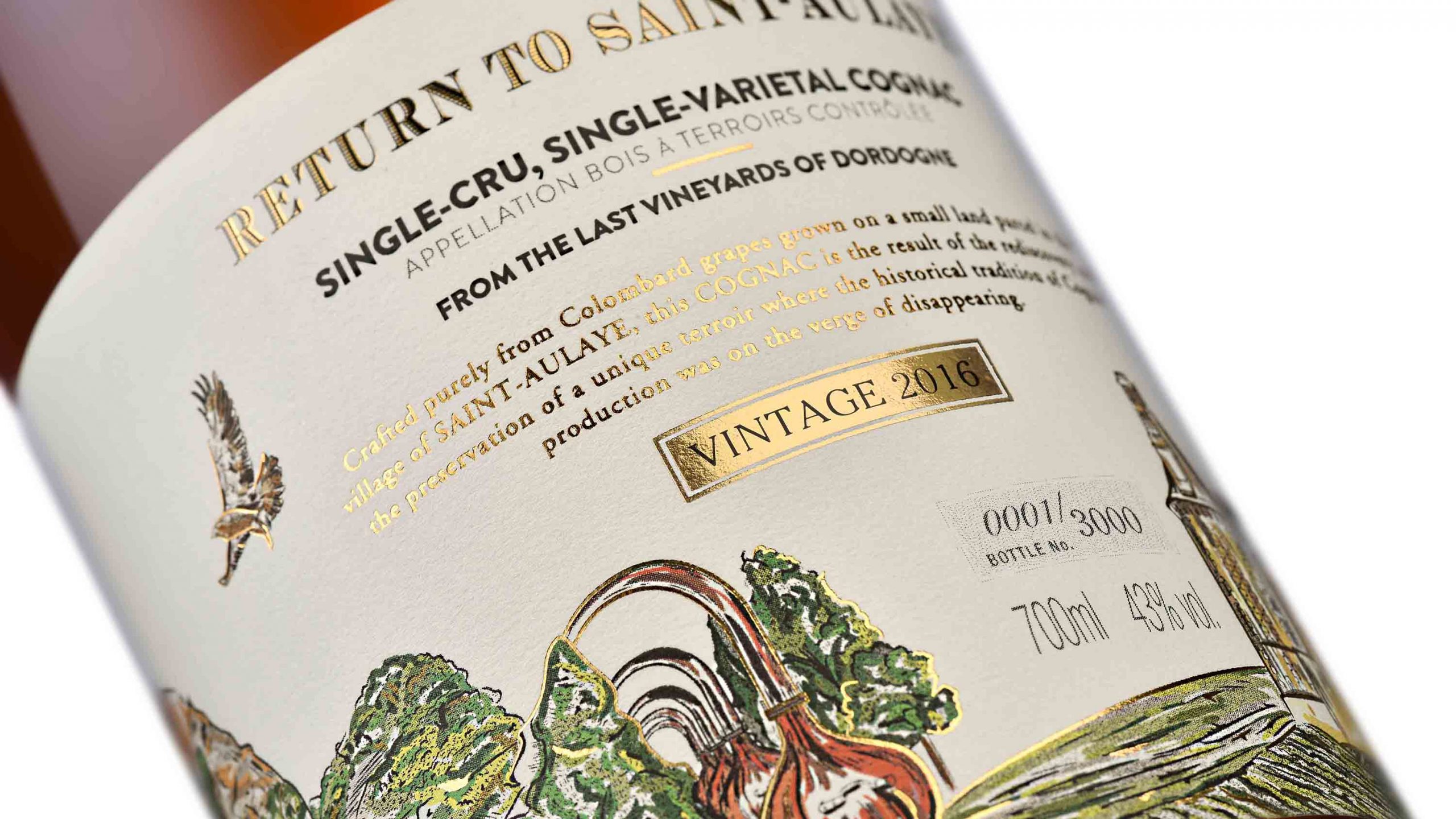 Camus has unveiled Return to Saint-Aulaye, a 2016 vintage Cognac made from Colombard grapes. The new offering follows last year’s Camus Caribbean Expedition, which explored the impact of aging the French brandy at sea.

Camus Return to Saint-Aulaye is the first Cognac to come out of the very last vineyards of Dordogne – a single-cru, single-varietal expression from an area known to many as Perigord, recognized for its gastronomic heritage, but lesser known as being part of the Cognac Appellation.

The offering is the result of a collaboration between Camus and the Saint-Aulaye village council in France. The “decades-long” effort looks to “rediscover and protect” the “unique terroir” of the village in Dordogne, where Cognac production dates back to 1785. Unfortunately, by the early 1990s, Cognac production in Dordogne had reduced by more than 90%. In 1999, the Saint-Aulaye council decided to replant a small 1.5-hectare plot of Colombard grapes.

Camus re-planted Colombard grape vines there – one of the rarest varieties in the Appellation because of its low yield but also one of the most aromatic. They used local wood from the Double forest for ageing, and are now launching the 2016 vintage in a unique batch of 3.000 bottles.

Bottled at 43% ABV, the VSOP expression features fragrant fruity notes of pear and pineapple with a touch of spice. The palate delivers  vanilla, ginger and walnut.

Camus Return to Saint-Aulaye is priced at $132 and available for pre-order from Camus’ website from April 2 – 26, 2021. It will be rolled out globally beginning May 1.

Last year’s limited edition release, Camus Caribbean Expedition, used double maturation in Oceanic and Tropical climates. Finished in “highly distinctive” environmental conditions, the goal was experimentation and exploration in hopes of enhancing the intensity of the French brandy’s aromas. To do this, the brand partnered with TOWT, a French Company still practicing traditional maritime transportation by wind propulsion, and loaded ten sealed casks of Cognac–in its 4th year of ageing–on a historic ship sailing through the transatlantic route, which leads to Barbados in the Lesser Antilles.