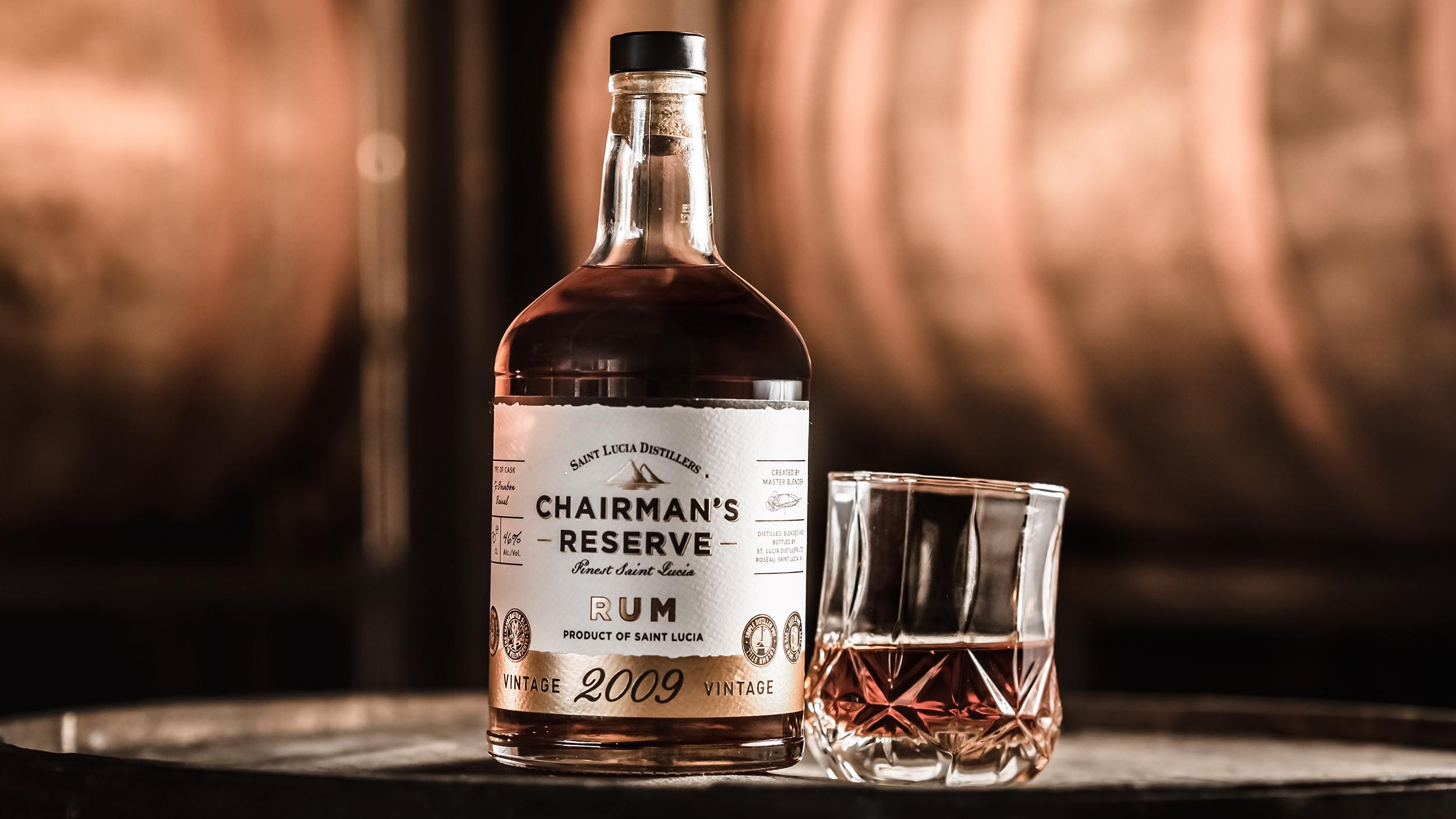 Spiribam has officially welcomed the arrival of Chairman’s Reserve Vintage 2009 rum to the United States. The latest installment from the St Lucian brand is follow up to its 2005 vintage rum.

Vintage rums like the Chairman’s Reserve 2009 vintage are rare, particularly for brands who pride themselves around blends. The 2009 vintage marries the passion of producing a single sourced blended rum with the enthusiasm of showcasing the various distillations from one single year. Diverse pot distilled and column distilled rums were produced by St. Lucia Distillers in 2009, set to age individually in their own casks, and were blended in 2021 to create the new offering.

“The Chairman’s Reserve portfolio continues to evolve showcasing the fruits from its visionary founder, Laurie Barnard,” says Ben Jones, Spiribam’s Director of North America. “To see the maturity of this brand’s providence with this new limited-edition release of a vintage single blended rum is remarkable and a very welcome addition to what has already been a very exciting development period for Chairman’s Reserve.”

The Chairman’s Reserve Vintage 2009 is an assembly of aged maturates from two different expressions from the famed Coffey column as well as rums exclusively from the John Dore II pot still, the Vendome pot still, and a 50/50 blend of JD II and Vendome distillates. The rums are aged independently for 11 years before being married by Head Blender, Deny Duplessis, who then returned the blended rum to Bourbon barrels for six weeks to allow the rums to integrate themselves. The marriage is consummated when the barrels are emptied for a final resting period in a large oak vat before bottling.

A vibrant golden-brown in color, the rum boasts an intense nose of honeyed raisin, flambeed toffee, banana, vanilla, and a hint of tobacco. On the palate, the Vintage 2009 feels creamy and concentrated, with powerful flavors of candied tropical fruits, spice, and toasted oak, and a complex finish of smoky leather and dark chocolate.

“An amazing rum showcasing the benefits of aging at home in the tropics,” says Margaret Monplaisir, Chief Executive Officer of Saint Lucia Distillers. “Combined with the skill of our new Head Blender, Deny Duplessis, who carefully selected the best casks for this once in a lifetime blend. I am even more proud for Chairman’s Reserve Vintage 2009 earning the ISC Gold Medal for Deny’s first release as our Head Blender. You can look forward to many more award-winning rums from Deny and Saint Lucia Distillers.”

The Vintage 2009 is the most recent addition to the Chairman’s Reserve portfolio, one of the flagship brands from St. Lucia Distillers, based in the Roseau Valley of Saint Lucia. Chairman’s Reserve is known by rum enthusiasts as a “single blended” rum as it is a blend of column and pot still rum from the same distillery. Laurie Barnard founded Chairman’s Reserve with his vision for creating a distinct identity for Saint Lucian rum. While other distilleries purchased column stills to increase production efficiency, he invested in small pot stills, eclectic barrel types, sugarcane agriculture, and developed proprietary yeast strains. He led with the belief that elite rums were not achieved from one barrel, but by blending components together from different ages, finishes, and styles.