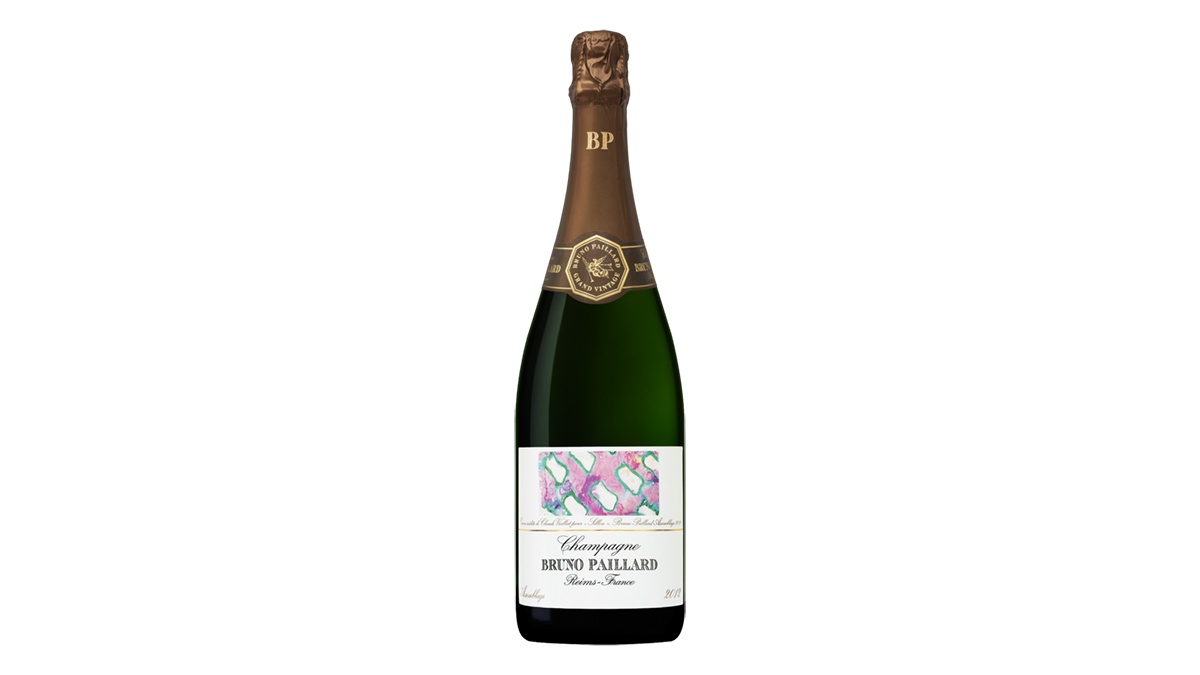 Champagne Bruno Paillard second-generation owner Alice Paillard describes the 2012 vintage and resulting Assemblage as “strength in the face of adversity.” The nail-biting vintage, with its cold spells, hailstorms, drought stress, yet a welcome dash of rain at harvest to freshen the low-yield crop, resulted in exceptional fruit. The grapes come from eight preferred crus, and only juice from the first pressing is used.

Maison Bruno Paillard is known for the extended aging of its Champagnes, a house style that includes low dosage — 4.5 g/l for this wine. For the Assemblage 2012, 20 percent of the still base wine was fermented in 225-liter used-oak barriques. The blended sparkling wines were then matured on the lees for around seven years, followed by over a year of post-disgorgement rest.

“A signature of the 2012 vintage is its lively acidity, and we wanted to emphasize that characteristic,” said Alice Paillard. “The wine also has strong, approachable maturity, expressed through its mirabelle plum and nut flavors.”

A bold nose of sweet red bigarreau cherry, small red-berry fruit and white peach is followed by aromas of dried figs, honey, fresh ginger, orange flowers, jasmine, cacao, and nuts. On the palate, those scents morph into rich, concentrated flavors, with the whole leavened by a persistent saline freshness.

That deep and concentrated character inspired the theme for the label art. Artist Claude Viallat depicts a repeated pattern of furrows (“sillons” in French), those trenches in the earth that enable vines to root and grow. Since 1964 Viallat has explored the possibilities of repeated shapes, shapes that endlessly repeat, yet always create something new — much like wine vintages!

For more information, head over the brand’s official website.