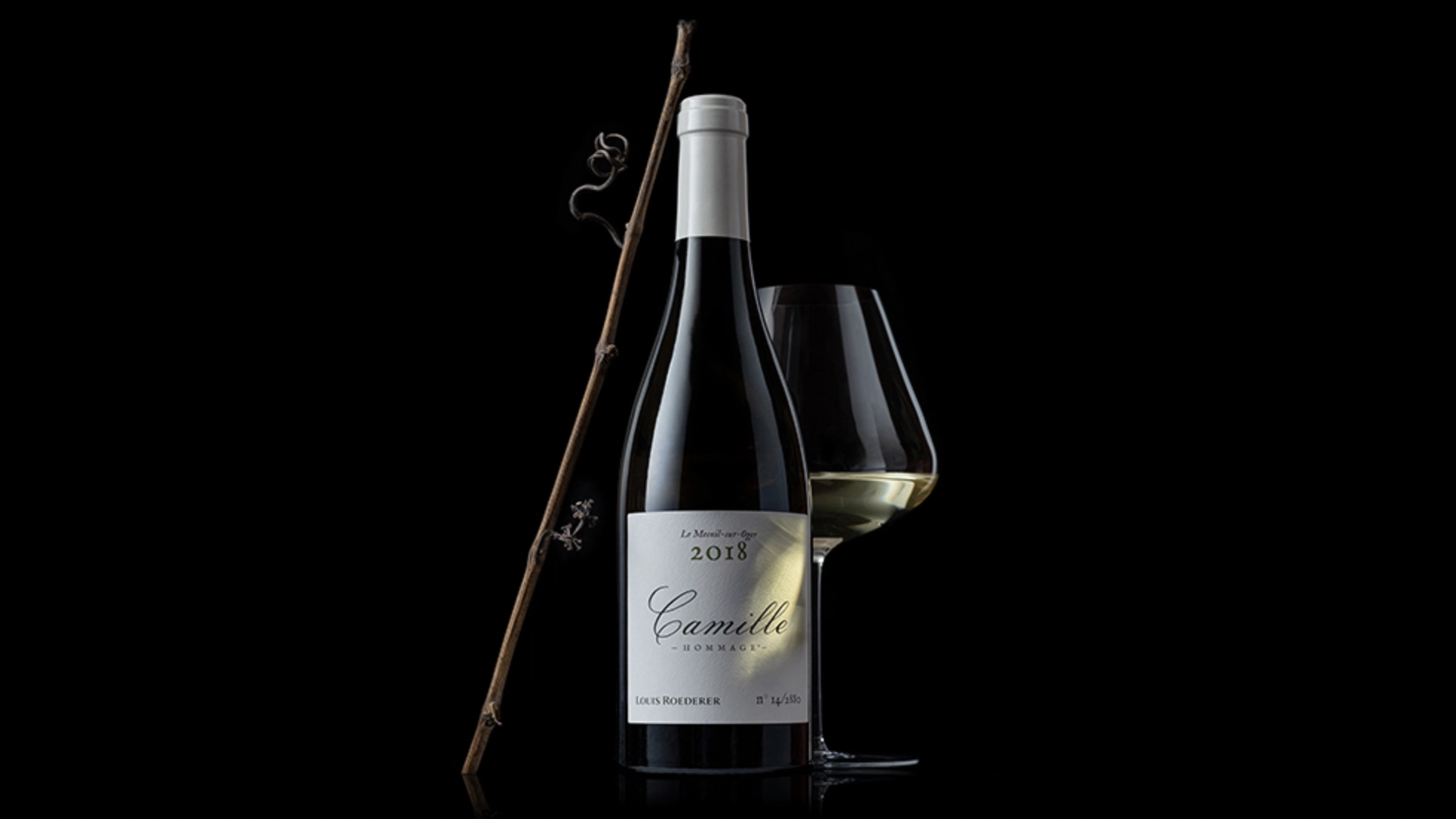 There was a time when Champagne wasn’t known for bubbly. In fact, the region–due to its northeastern location–was known for struggling to produce still red and white wines. Then there was a mistake, a second fermentation–or however the story goes–and Champagne was born.

Despite Champagne’s incredible popularity, still wines, known as Côteaux Champenois since 1974, continued to be made. And now, maybe due to improved production methods, global warming, or Maybelline, those bottlings are finally getting some attention.

Iconic Champagne house Louis Roederer is now one of the name’s behind the growth in quality and popularity among the region’s still white wines, joining others well-known names like Charles Heidseick, cult grower Jacques Lassaigne (both of which debuted their first Côteaux Champenois wines last year), and Tarlant, who even makes a skin-contact chardonnay aged in Georgian clay qvevri. Chef de cave Jean-Baptiste Lécaillon says the brand quit making still wines in 1961, simply because bubbly became too popular. They used winemaking methods that were more suited towards sparkling wine and that was that, until the mid-90s that is.

It was in the middle of last millennia’s final decade that Roederer made a major shift in its farming methods, following closer to the trends set by biodynamic wines (though not fully). They stopped using herbicides, kept the use of pesticides down, and switched to lower yields, riper fruit, and deep-rooted vines in an effort to produce more terroir-driven wines. That made producing Côteaux Champenois possible again. Toss in some climate change and voila.

In a warming world, what is good for Champagne is mostly good for still wines and the characters produced in the region’s varietals are popular among enthusiasts’ palates today. Fresh, salty, and precise, Champagne is known for its elegance and that’s something many are looking for in their still wines.     As Lécaillon told Robb Report, “It is that Champagne expression that we want to capture in our Côteaux Champenois, but we try to push further, aiming to capture an extra deliciousness from riper fruit and a long, chiseled tannin structure while maintaining precision and aging potential.”

It’s not as simple as Côteaux Champenois being just base wine for the sparkling stuff. In Champagne, winemakers mess with bubbles and acidity, in the still stuff it’s all about tannins and acidity.

In 1997, Louis Roederer replanted a block in Mesnil-sur Oger with Chardonnay, and in 2002, a block in Mareuil-sur-Aÿ with Pinot Noir. From 2014 to 2017, the brand played with various styles and vessels, and now Lécaillon is finally ready to debut the wines with the 2018 vintage of Louis Roederer Hommage à Camille Chardonnay and Pinot Noir Côteaux Champenois.

“Because Champagne is one of the cooler and more northerly grape growing areas of France, they are only just becoming better quality in the hotter years largely as a result of global warming making Champagne hotter,” Nick Baker of London’s The Finest Bubble told City A.M. “Most people who want to drink still wines from Pinot Noir and Chardonnay would of course travel the few hundred kilometres to Burgundy where the summers are considerably warmer.” And it seems like that time of the wine’s reaching a high quality could be now, or just around the corner.

Generally, the still reds from Champagne are lighter and less right than their Burgundian brethren, while the whites are light, lively, and chalky. So the next time, you see still wines from the region, maybe give them a try or get one of the bottles below delivered to your door: