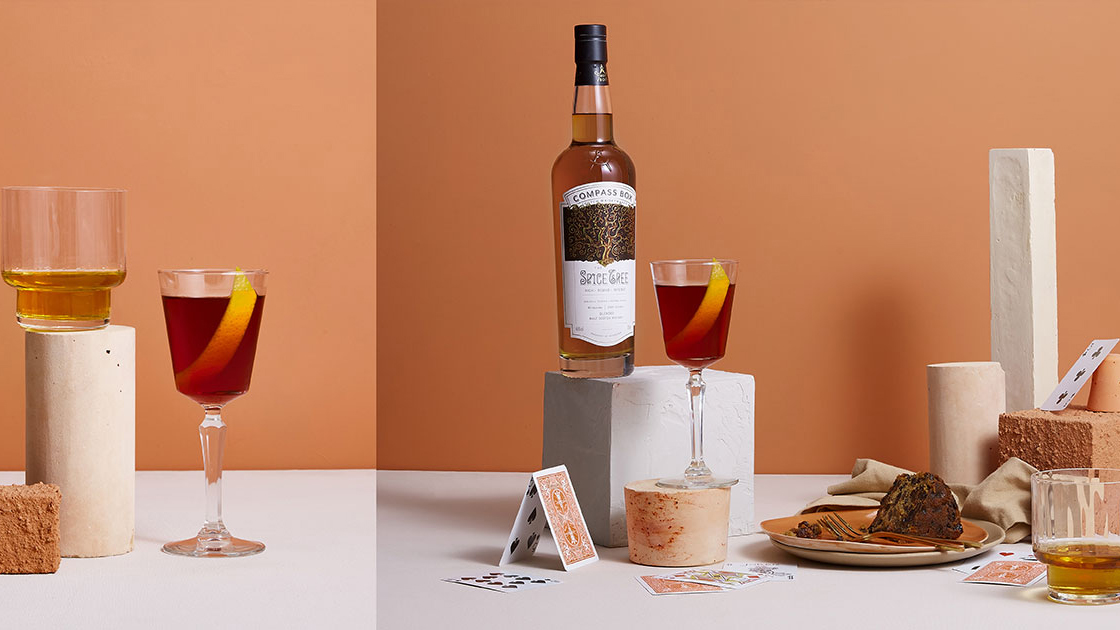 Compass Box has teamed up with British chef, restaurateur, and food writer Stevie Parle from JOY in London to create a special “Not a Burns Night Burns Night” menu. Burns Night occurs on January 25th and is one of our favorite excuses to sip delicious Scotch, not that we ever need an excuse.

In his day, Robert Burns was a radical poet, so Compass Box and Stevie Parle are delivering a night full of experimental offerings. The “Not a Burns Night Burns Night” menu includes  langoustines, pot-roast venison, and a Whisky-infused walnut cake, all designed to pair wonderfully with Hedonism, The Story of the Spaniard and The Spice Tree.

If you’re London-based, you can order the meal to enjoy at home here. But if you’re further afield, take some inspiration from Stevie and get creative in your own kitchen to mark the celebrations on the 25th. And if you’re looking for a cocktail to kick off proceedings, the Scotch producer recommends The Unholy Alliance.

As a reminder, tradition calls for a reading of poetry by Robert Burns himself on the night.

Back in November, Compass Box launched Magic Cask Whisky. The new limited edition blended malt Scotch from the independent bottler goes to show how “one cask in a blend of many can provide the touch of magic that allows the whole arrangement to sing,” explained Compass Box founder and whiskymaker John Glaser.