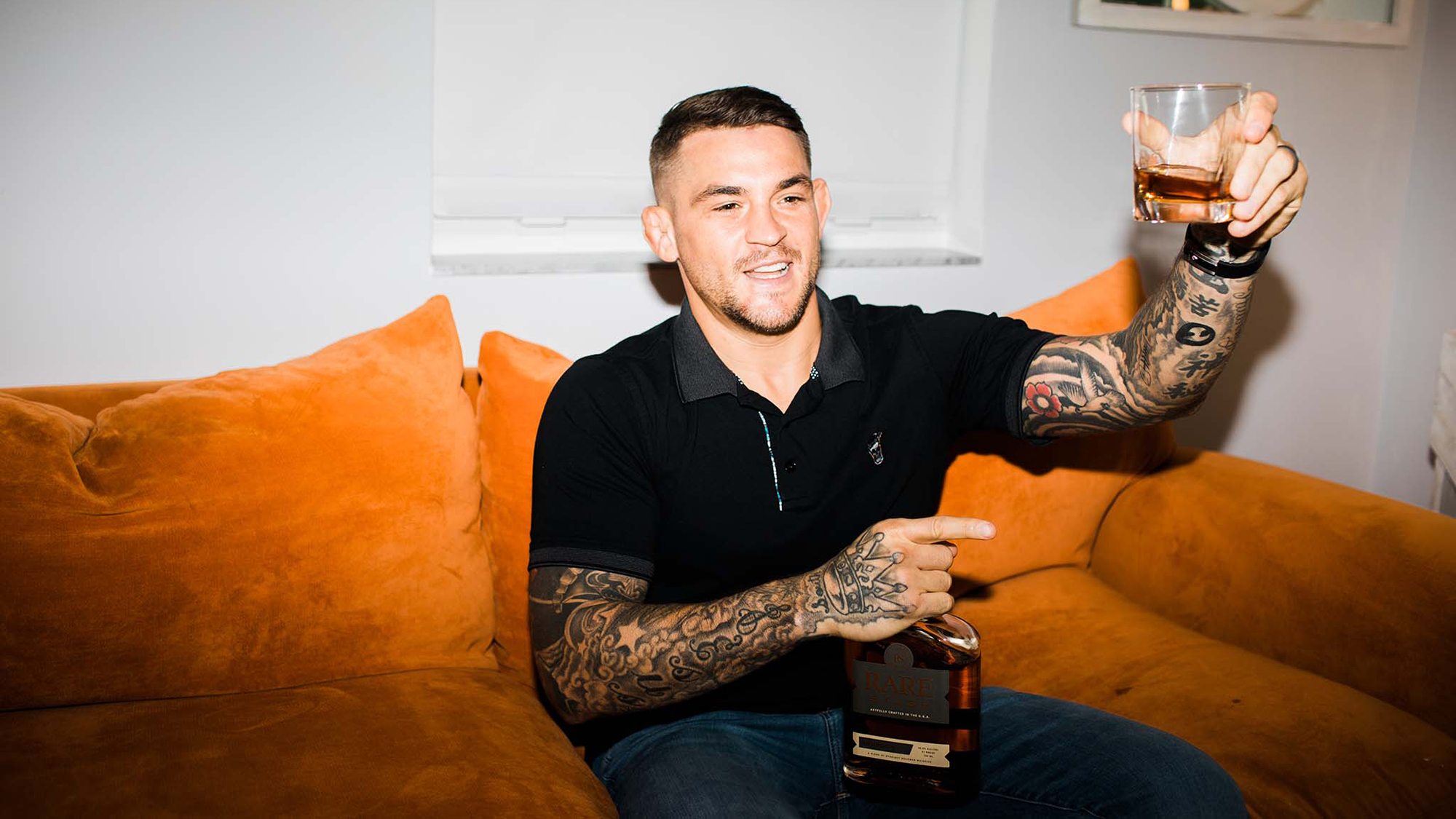 Dustin Poirier has entered the world of spirits with the launch of his own whiskey, Rare Stash Bourbon. The UFC star seems to be positioning himself for a toe-to-toe beverage battle with Conor McGregor, who he recently defeated twice, and his Proper Twelve Irish Whiskey.

Poirier already owns a successful hot sauce brand, which has sold thousands of units across the globe. The launch of Rare Stash Bourbon sees him follow in the footsteps of rival McGregor, who launched Proper No.12 Whiskey in September 2018. McGregor has since sold his stake in the company to Cuervo owner Proximo Spirits for around $145 million, but remains the face of the brand.

“Rare Stash is artfully crafted from unique and rare lots (stashes) of bourbon that emphasize the quality of the natural ingredients in combination with the unique character of each chosen barrel its aged in, resulting in the complex character of each Rare Stash offering that brings to life, the “Live Rare, Be Rare” quality of our bourbons,” says the brand, which refers to the product as a “world-class, collectible Bourbon,”

Each bottling of the whiskey will boast its own flavor profile. “We allow the natural character of the Bourbon ingredients and barrel along with the climate its aged in, to be realised in each Rare Stash Bourbon offering,” explained Poirier.

On the nose, the whiskey delivers a combination of depth and smoothness, offering the soothing experience of oak, caramel, vanilla, hazelnut, and butterscotch. The initial taste experience is intense, yet balanced and smooth, followed by a complex palate of flavors that engulf and round out the mouth. The finish is tantalizing and long lasting, resulting in a balance of unique flavor characteristics and soothing heat.

Rare Stash is priced at $100 per bottle and can be purchased via ReserveBar.