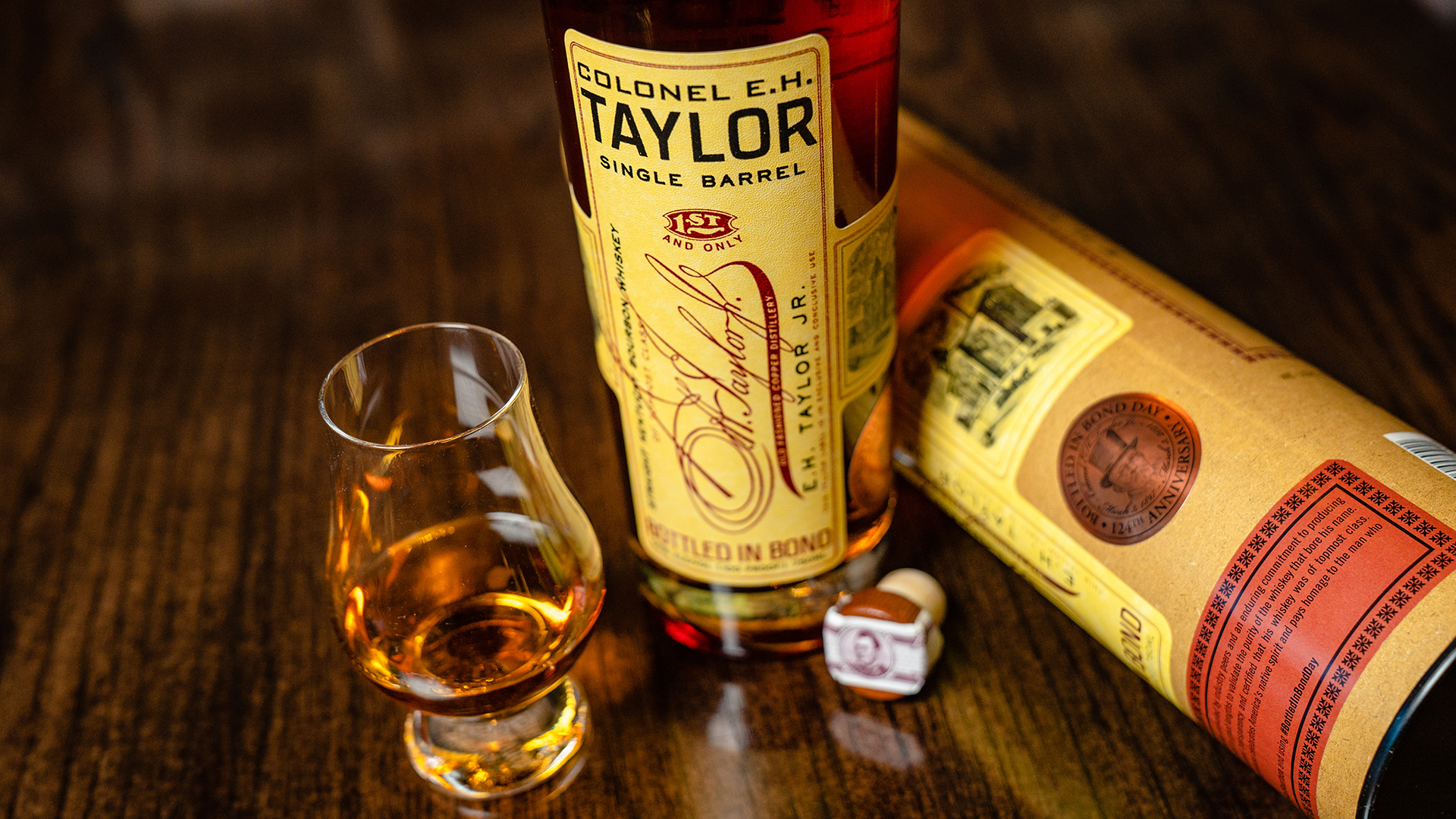 On this day nearly 125 years ago, Colonel Edmund Haynes Taylor, Jr succeeded in getting the Bottled in Bond Act passed, the first consumer protection act. Today, Buffalo Trace Distillery raises a glass to salute E. H. Taylor, Jr by releasing a “Bottled in Bond Day” commemorative edition E. H. Taylor, Jr Single Barrel. One special barrel was hand-picked by the team at Buffalo Trace Distillery, the contents being bottled and made available through musician Chris Stapleton’s charitable fund, Outlaw State of Kind. Each bottle will be autographed by Chris Stapleton.

Initial bottles will be used to support disaster relief in Texas, hit hard by a major winter storm, and Eastern Kentucky, experiencing devastating floods. These initial bottles are available for bidding on the online charity auction Charitybuzz and can be viewed here. The remaining bottles will be used throughout the year to raise funds for a variety of charities across the country. Updates on subsequent fundraisers will be posted to Outlaw State of Kind.

“We’ve very excited to partner with Chris Stapleton and Outlaw State of Kind,” said Joshua Steely, E.H. Taylor, Jr. brand director. “We knew Chris was a big fan of E. H. Taylor, Jr., so we thought this was a perfect way to commemorate Bottled in Bond Day, by partnering with his charitable fund so fans of both his music and our bourbon can help out needy causes across the country through the various events and auctions that will be held throughout the year.”

Chris Stapleton added, “The first glass of E. H. Taylor, Jr. I ever had was in the studio. Vance Powell, engineer of both music & good times, brought a bottle to the session for inspiration. That week we recorded an entire album, and that album was Traveller. We’ve made it a point to keep a bottle around ever since.

“So when E. H. Taylor, Jr. approached us to partner up for an exclusive bottling in celebration of Bottled in Bond Day, it seemed like a natural fit since they were already a part of our musical journey.

“Together we’ve decided to use the occasion to give back to the communities that have been the real magic in both of our stories.  The challenges of these times have left many in need, and we’re honored to help address some of these needs through this partnership.

“Proceeds from the first batch of bottles to be auctioned off will go to natural disaster relief in Texas & Kentucky.”

The E. H. Taylor, Jr Single Barrel was distilled at Buffalo Trace Distillery and put in the barrel on January 5, 2012. Bottled in early February, this bourbon is nine years old, and like the act its namesake fought so hard to pass, is Bottled in Bond at 100 proof.

Like the other E. H. Taylor, Jr releases, this Single Barrel is packaged with elements of Taylor’s original bottlings from the turn of the 20th century, a vintage label bearing his signature and a distinct canister reminiscent of Taylor’s Whiskey package from over one hundred years ago.  The canister gives a nod to this unique bottling with a commemorative sticker noting the 124th anniversary of Bottled in Bond Day and a label at the bottom explaining in more detail the significance of this bottling.