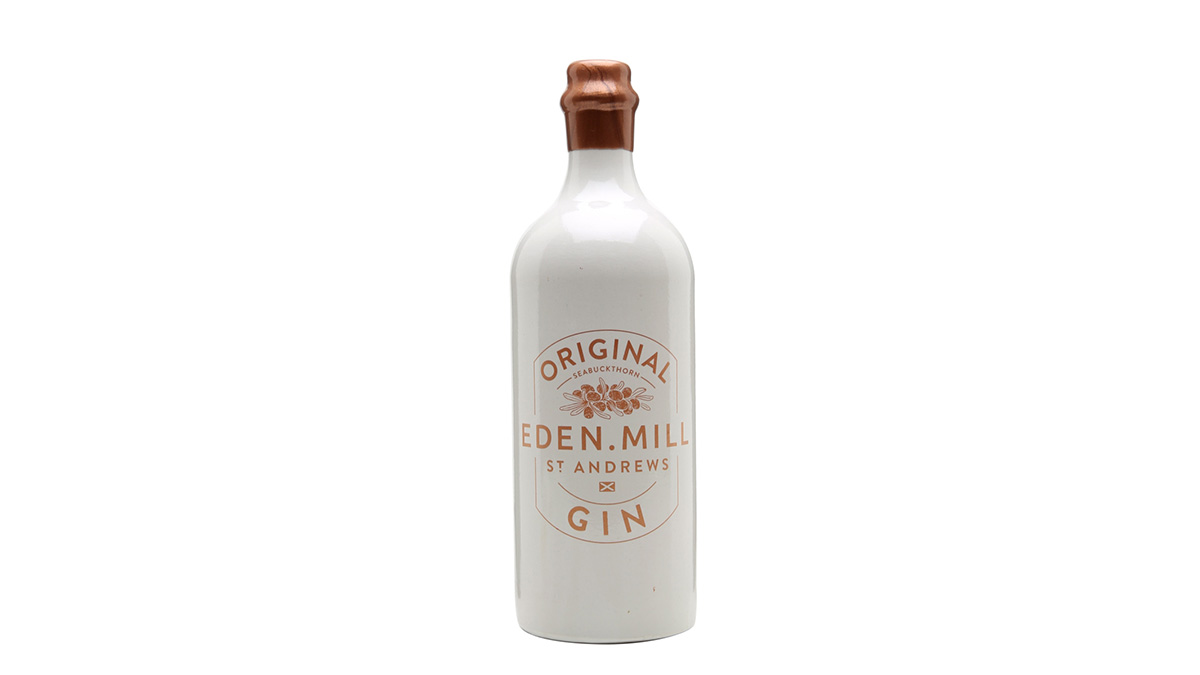 Eden Mill Original Gin is where it all began on the distillery side for St. Andrews brand. Based in a former whisky distillery and paper mill, Eden Mill started with a mission to revive the art of distilling and brewing in St. Andrews. It became Scotalnd’s first single-site distillery and brewery and to this day produces whisky and beer, along with various Gins.

One of the distinct ingredients used in the Original Gin are Fife’s sea buckthorn berries, a superfood that grows within walking distance of the St Andrews distillery. The tartness from the local berry is balanced against other citrus elements, including lemon balm and citrus peel. On top of the previously mentioned ingredients, other key botanicals include juniper berries, angelica root, and coriander seed. It’s basically a play on a traditional London Dry Gin and there’s a lot going on.

On the nose lemongrass appears next to bright citrus fruits. The palate features tartness from the sea buckthorn berries along with notes of blood orange and grapefruit. The finish is clean and smooth with notes of pink peppercorn.

In 2018, Eden Mill Original Gin was voted Scotland’s Number One Gin at the 2018 Scottish Gin Awards, where 116 gins were blind tasted

Eden Mill recommends you serve Eden Mill Original with Pink Grapefruit Tonic with a citrus fruit garnish. The frist time we had it however, It was with Tonic and a slice of grapefruit at The King’s Wark in Lithe, and it has remained a favorite ever since.

Eden mill is best known for their variety of Gins, which include everything from the heralded Love (Pink) expression to Hop and a botanically rich Golf variety as well as a number of limited edition offerings. They also produce a Single Malt Whisky and a number of numbered hip flasks. They also have Ready To Drink cocktails if that is more your drift. For those more interested in beer, the combo brewery and distillery makes eight different varieties, including an IPA and a Red Ale.