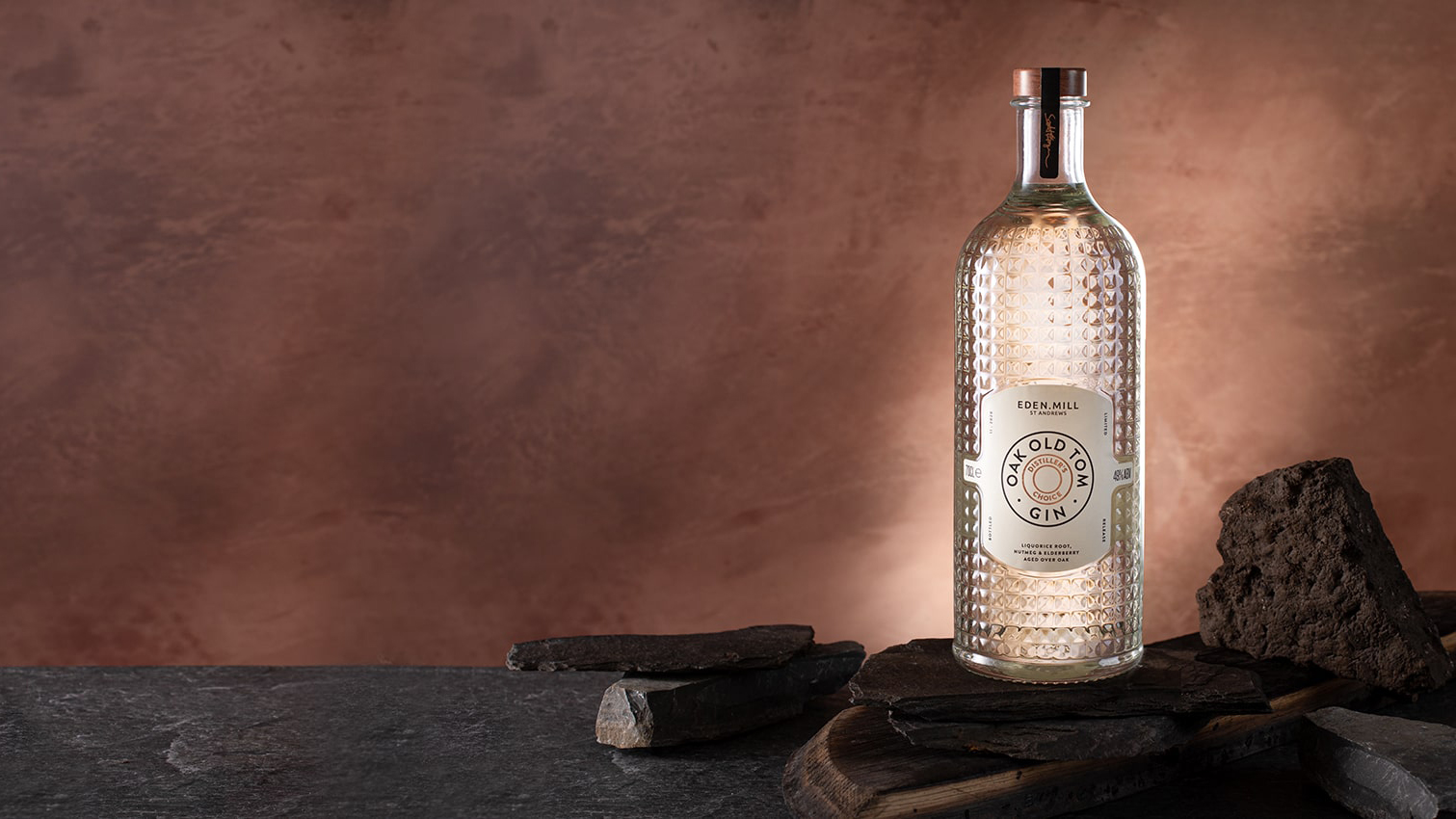 Eden Mill has unveiled Oak Old Tom Gin, the inaugural release in its new ultra-premium Distiller’s Choice range. Created by the Scottish brand’s senior distilling team, the new line is made up of Gins that “embrace the best of old and new distilling techniques.”

“One of the lightly sweetened gins that was popular in the 18th-century, Old Tom Gin has been rumoured to have got its name from what was essentially the first ever vending machine for drinks,” explained Ferguson. “During the gin craze in the 1700s, the government tried to stem the flow of gin, which they blamed for ‘extreme drunkenness’ and crime by introducing prohibitive taxes. So to get round the licensing, some pubs would have a wooden plaque shaped like a black cat, “Old Tom” on their outside wall. Thirsty bypassers would place a penny in the cat’s mouth and place their lips around a small tube between the cat’s paws. The bartender inside would then pour a shot of gin through the tube and into the customer’s mouth.”

Bottled at 40% ABV, the new Gin is recommended served with a premium tonic and a twist of orange or in a cocktail as the base of a perfect martini. Just 800 bottles of Eden Mill Oak Old Tom Gin will be made available and are priced at £40 ($56 USD) per 700ml bottle.

“Eden Mill has always been at the forefront of trends within the spirits industry and we pride ourselves on our pioneering spirit and desire to go beyond the conventional,” explained Eden Mill CEO and co-founder Tony Kelly. “We started in 2012 with the mission to revive the lost art of distilling and brewing in St Andrews by creating small batch, craft products from our site on the bank of the Eden Estuary.

“With our Distiller’s Choice range, we’d like to take our audience back to our roots when our distilling team would create various small batch gin expressions and experiment with techniques and flavours.”

Kiss Launch Spirits Portfoilo In The US

Make Your Own Gin At An Iconic St Andrews Hotel That...

Procera Is The African Gin Missing From Your Liquor Cabinet