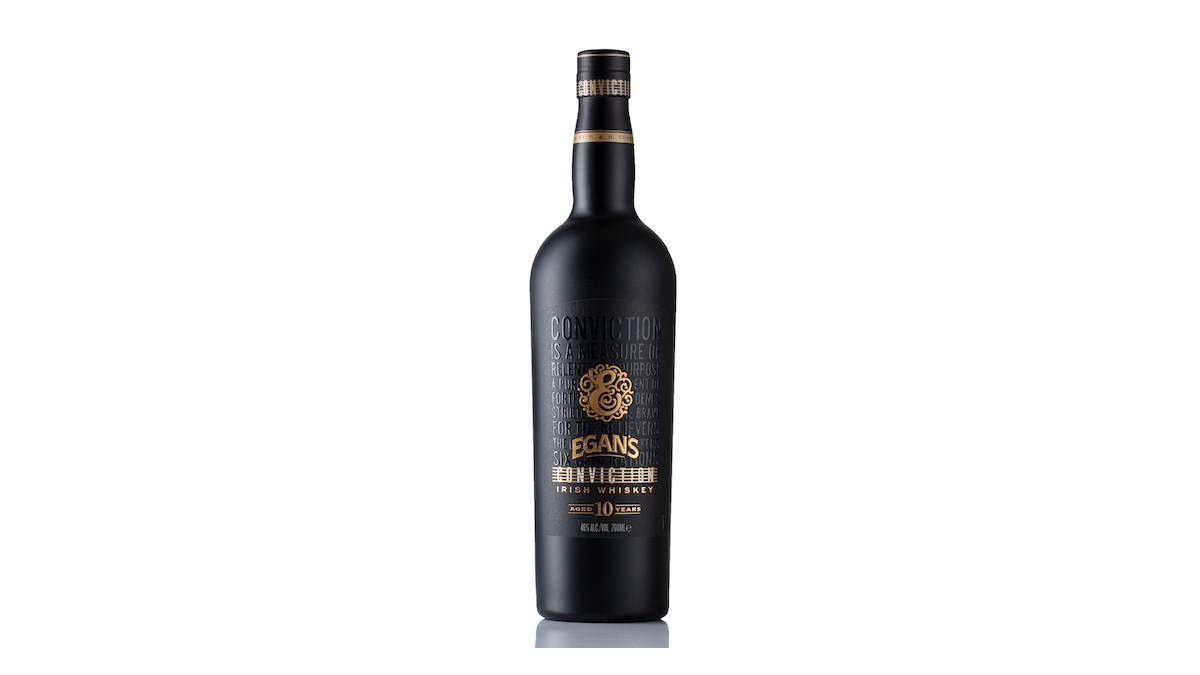 Egan’s Irish Whiskey has added a new whiskey to its portfolio, Egan’s Conviction. The new expression is a blend of single malt and single grain Irish whiskeys, each aged for at least 10 years and finished in XO Cognac casks.

“‘Conviction’ is a word meant to extol the virtues not only of our heritage, but also of what we expect to accomplish in the future,” said brand founder Jonathan Egan in a prepared statement. “The generations of talented whiskey men and women who came before were known not only for their powerfully held beliefs, but their good works as well. We strive to continue on the path they defined with this exciting bottling.”

“Egan’s Irish Whiskey is incredibly proud of its history,” said John Ralph, CEO of Intrepid Spirits, the brand’s distribution partner. “With an eye to the traditions from which we have come, we endeavor with each bottle of Egan’s to create a legacy for the future.”

Egan’s Conviction offers deep aromas with notes of floral cereal grains, honey, and dried apricot. On the palate, the whiskey delivers new leather, marzipan, and hints of ginger, lifted by zesty citrus. Long and lingering, the finish closes with hints of licorice and vanilla.

For more information, head over to Egan’s official website.