Finlandia Vodka has Announced a Non-Profit Partnership for Earth Day 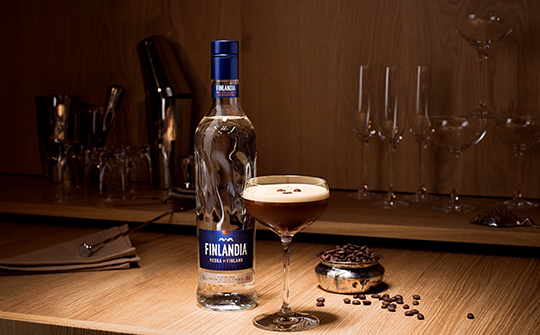 In honor of Earth Day, which happens this year on April 22nd, Finlandia Vodka has announced a new partnership with American non-profit Living Lands and Waters (LL&W).

The drinks brand is kickstarting the partnership with a $30,000 donation to support LL&W’s river clean-up efforts across the USA. The LL&W team spends up to nine months of the year on barges on American waterways hosting river clean-ups, workshops, tree plantings and other conservation initiatives.

The donation from Finlandia is part of a significant effort by the Finnish spirits brand to reduce its environmental impact and help it achieve carbon neutrality across its distillation process by 2025.

Other elements of this environmental program include the launch of a lighter-weight Finlandia Vodka bottle, and a scheme to reduce the company’s raw material consumption whilst increasing the percentage of waste materials that are recycled or reused.

Speaking on the partnership Finlandia Vodka associate brand manager, Jessica Rives, said: “Finlandia Vodka’s production is very much rooted in respect for nature and this planet that we all share.  Supporting Living Lands and Waters is very much an extension of a promise that we have made as a brand and the passion that their team has for their work mirrors our own. Clean, pure water is at the heart of our product so it only made sense that we would connect with an organisation who is committed to cleaning up US waterways.”

Finlandia Vodka and Living Lands and Waters are both members of 1% for the Planet, an initiative which sees businesses donate one percent of their profits to organisations and schemes that support environmental regeneration and conservation.

Speaking on the partnership Living Lands and Waters founder and president, Chad Pregracke, said: “It has been a pleasure collaborating with Finlandia Vodka, a brand that shares both our appreciation of nature and our commitment to keeping the planet clean.”

While cleaning up US rivers, the LL&W team has assembled what is believed to be the largest collection of messages in bottles in the world. Finlandia Vodka is featuring a portion of the Message In A Bottle Collection on its website throughout June 2021.

Jessica Rives said: “After spending time on the river with Chad and the crew and seeing the collection first-hand, it reminds us that every bottle of Finlandia Vodka is also a message to the world: we only have this one earth – our oceans and rivers – this is it.  Let’s care for it.”

As well as financially supporting LL&W’s general efforts, the Finlandia Vodka team will be sponsoring three river clean-up events during the spring and summer of 2021 in Cincinnati, Ohio, Louisville, Kentucky and the Greater Chicagoland Area.