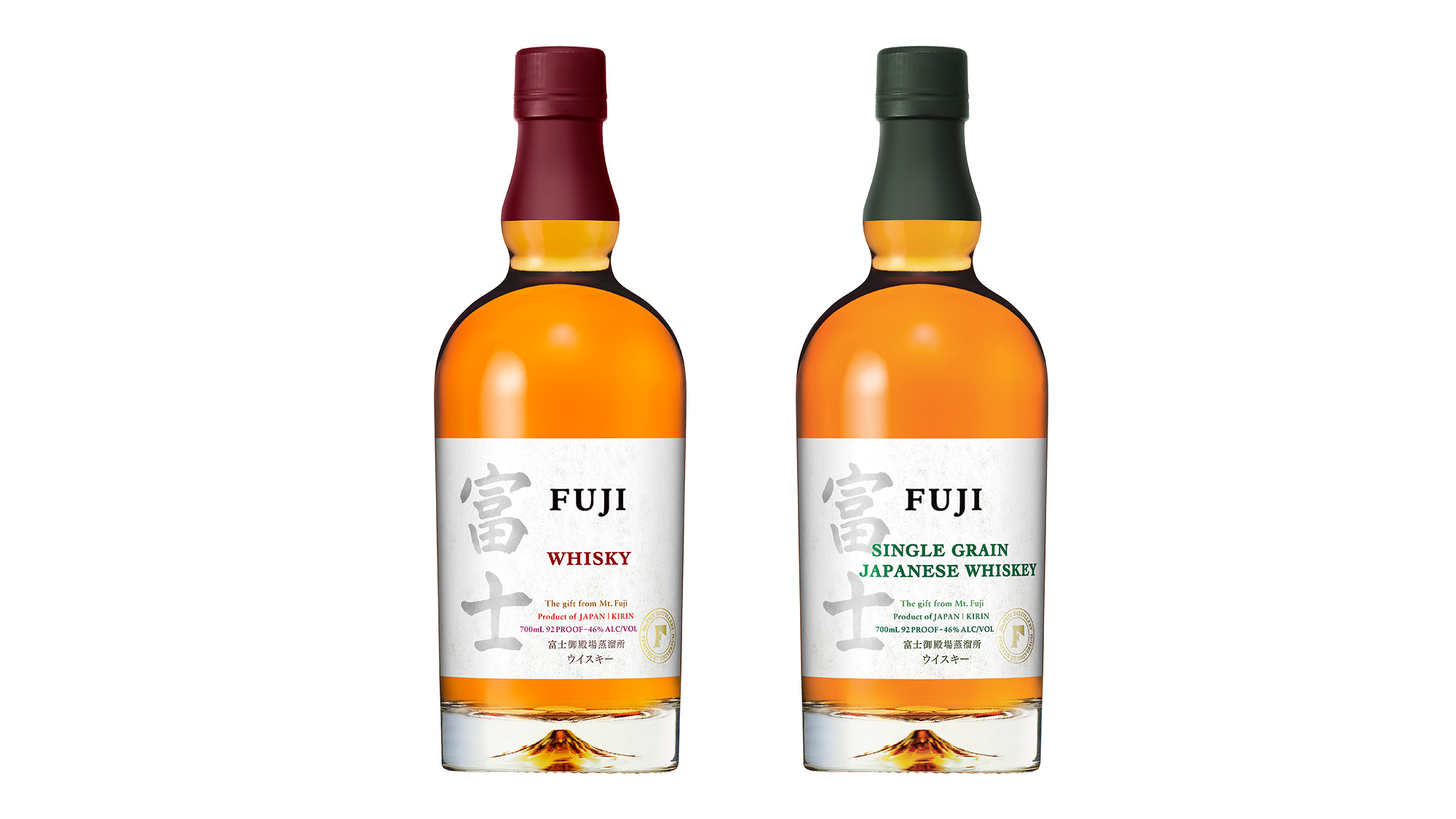 Distinguished Vineyards & Wine Partners (‘DVWP’) has announced the U.S. debut of FUJI Whisky. Launching in the U.S. for the first time in the brand’s history, FUJI Single Grain Whiskey is now available at select establishments nationwide with FUJI Whisky slated to arrive in November.

Mt. Fuji Distillery was established in 1973 to bring the best of Japanese craftsmanship to life while employing Scottish, American, and Canadian whisky making methods under a single roof, an amalgamation that celebrates whisky’s worldwide heritage. Named after one of Japan’s most iconic landmarks, Mt. Fuji Distillery is situated just miles from the peak of Mt. Fuji and is one of the only whiskies in the world to use the mountain’s snowmelt in its production. The snowmelt’s 50-year journey from Mt. Fuji’s peak to the depths of an underground aquifer to the distillery results in a uniquely clear, pristine, and soft water that is the foundation for FUJI’s distinctive whisky expressions.

Master Blender Jota Tanaka refers to it as the “precious gift.” Tanaka is an Icon of Whisky Award Winner 2017, with 30 years of experience in the industry both in Japan and the U.S. and is only the second Master Blender in Mt. Fuji Distillery’s 48-year history.

“It’s an honor for us to introduce FUJI Whisky to the U.S. market and share such an exceptional range of whiskies that represent the culmination of about 50 years of distillery experience in Japan,” says Steve Myers, Distinguished Vineyards & Wine Partners’ Managing Director of North America. “We believe in celebrating the distinctive attributes that place of origin can impart on flavor profile and style, and no other source of Japanese water is more pure or iconic than the glacial snowmelt coming from Japan’s Mt. Fuji itself. I’m excited for whiskey enthusiasts in the U.S. to now have access to these special whiskies which have never before been available outside of Japan except France.”

The FUJI Single Grain Whiskey is a blend of three different grain whiskeys, each distilled in three different methods, each possessing its own unique flavor profile. The American features a more heavy, rich, floral fruity style; the Canadian type is medium, luscious, and delicately fruity; and the Scotch type is known for its lighter, soft, yet compelling qualities. This results in a delicately fruity whiskey that is both mellow and multi-layered in profile.

“We are incredibly proud to partner with Distinguished Vineyards & Wine Partners in debuting Mt. Fuji Distillery’s global rebranding here in the United States. The quality of the whisky, team and packaging are best of class,” says Richard Driscoll, Winebow Fine Wine and Spirits’ Executive Vice President of Spirts. “We at Winebow believe the Spirits of Japan is the next exciting frontier, like Tequila was a decade ago.”

For more info, head over to the brand’s official website.