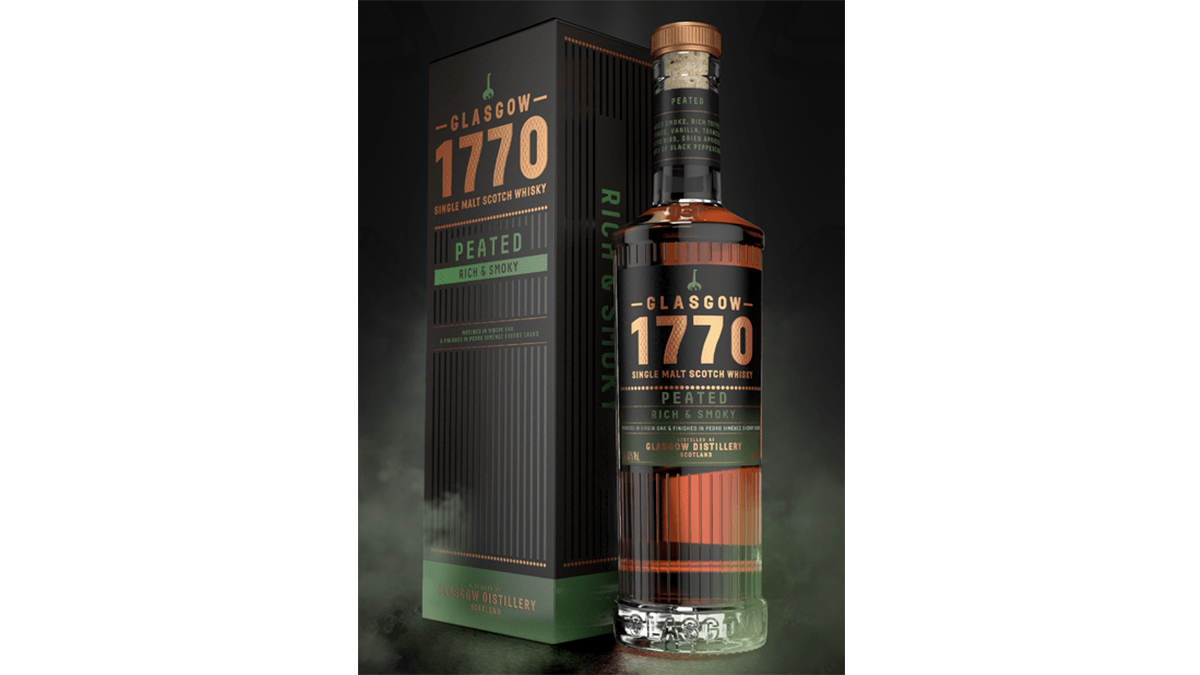 The Glasgow Distillery Company has released its second peated single malt, the 1770 Peated Rich & Smoky Whisky. The new offering has been finished in Pedro Ximénez casks.

Made from malted barley that has been smoked with “aromatic heather-rich” peat from the Scottish Highlands, and water from Loch Katrine, the Glasgow 1770 Peated Rich & Smoky Whisky began life maturing in virgin oak, before being finished in the aforementioned Sherry casks.The Scottish distillery took a similar, but opposite approach to its inaugural peated release, the 1770 Peated Release No.1 whisky, which was aged in first-fill ex-Sherry casks and finished in virgin oak. The first release won Best Lowland Single Malt at the 2020 International Whisky Competition.

“After receiving such a fantastic response to our first smoky single malt, we have been working tirelessly to bring you something slightly different, but equally as impressive,” said Liam Hughes, CEO and co-founder of The Glasgow Distillery. “Our new expression has been laid to rest in virgin oak casks and finished in delicious Pedro Ximénez Sherry hogsheads of the finest quality, giving the spirit not just a deeply delicious taste, but also an incredibly rich colour.”

On the nose, the Whisky offers aromas of sweet smoke and rich toffee with notes of vanilla, dried dark fruits and cracked black peppercorn spice. The palate boasts tobacco leaf and dark toffee, followed by a finish of salted caramel, liquorice, and lingering spice.

Bottled at 46% ABV, Glasgow 1770 Peated Rich & Smoky is priced at £49 ($63 USD) and is available for purchase online from the distillery’s official web store.

Those interested in comparing the first and second release will be happy to know there are a handful of bottles of the 1770 Peated Release No.1 still around, but it would be best to find one quickly. They can be found via the distillery’s online shop.