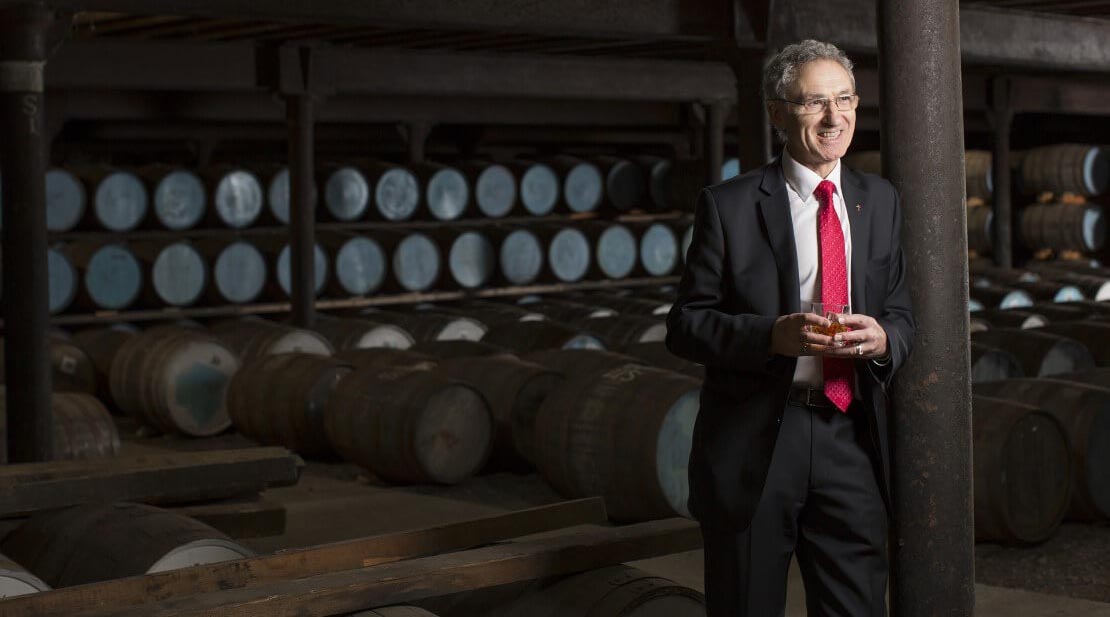 Globally renowned maker of and ambassador for whisky Dennis Malcolm has created some of the most-awarded single malts Scotches in the world. The Queen recognized his service to the industry in 2016, when he was made an OBE.

On April 3, 2021, he celebrated 60 years in the whisky industry, making him one of Scotland’s longest-serving master distillers. To mark the milestone, The Glen Grant is releasing a rare 60-year-old LTO expression – the oldest and first of its kind in the brand’s 181-year history. The release will be accompanied by a global campaign and launch event later in 2021.

Born onsite at The Glen Grant Distillery in Rothes in 1946, Dennis Malcolm joined the distillery workforce aged 15 as an apprentice cooper, working alongside his father and grandfather.

Following stints with various brands including The Glenlivet and Chivas Brothers, he came back to The Glen Grant in 2006 as master distiller, after the distillery was purchased by Campari. As well as making exceptional whisky, he is renowned as a Speyside historian and leads tours around The Glen Grant Distillery.

Speaking about his anniversary in the industry, Dennis remarked that Glen Grant is “a way of life”, adding: “I started 1961. It has been enjoyable; it’s not a job for me but a way of life. I didn’t work with a clock, it wasn’t a job, it was my life. It has been a rewarding journey, because I’ve seen a lot of innovation.”

“It’s nearly impossible to measure the influence Dennis has had on Campari Group and the entire Scotch whisky industry,” said Julka Villa, global managing director of GSM Spirits. “He’s shown the entire company how a distillery should be run, with incredible attention to his craft, and real caring for all those around him. Dressed frequently in his family tartan kilt, he also shows the world the meaning of a true Scotch ambassador, unmatched in his knowledge and unwavering in his passion and commitment.”

For more information, check out the official Glen Grant website.