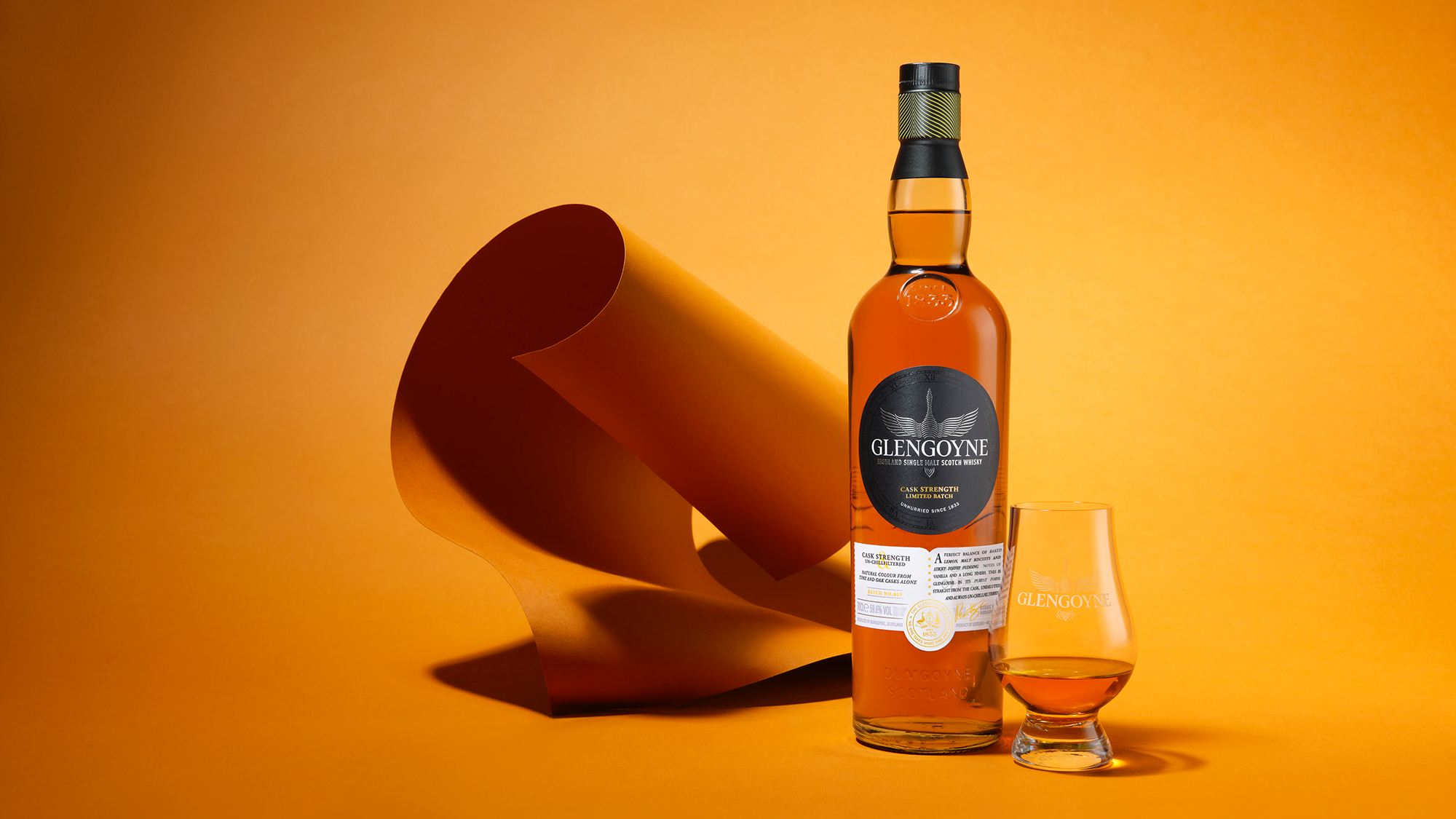 Bottled at 59.6% ABV, Glengoyne Cask Strength Batch No. 009 is made from first-fill Oloroso sherry, bourbon, and refill casks. As Scotland’s slowest distilled malt, Glengoyne is known for its sweet, fruity spirit. This spirit is filled into casks which themselves take six years to prepare before they’re deemed suitable to mature the new make.

On the nose, the whisky delivers baked lemon, rich sticky toffee pudding, malt biscuits, plum, hazelnut, and an unmistakable hit of zesty apple. To taste, expect a weighty mouthful of rich vanilla and fresh fruits that develop into poached pears with cinnamon spice and a drizzle of honey. The finish is long and rewarding, with Medjool dates, apricot, toffee, and honey.

“With each of our casks taking six years to craft, Glengoyne’s wood policy has always been one of its most notable characteristics,” said Neil Boyd, UK Managing Director for Ian Macleod Distillers. As a result, the Cask Strength series has long been popular among our fans as it lets them sample liquid straight from these exceptional casks.”

Barbara Turing, Brand Manager for Glengoyne, commented, “Just like each Cask Strength iteration that went before it, Batch No. 9 delivers on that much-loved Glengoyne signature style – rich, sweet, and fruity. We’re confident that this will be yet another firm favourite.”

Glengoyne Cask Strength Batch No. 009 (ABV 59.4%) is priced at £74.99 and available globally through specialist retailers, and via the Glengoyne website.

Earlier this month, Glengoyne revealed the third expression of its legacy series.