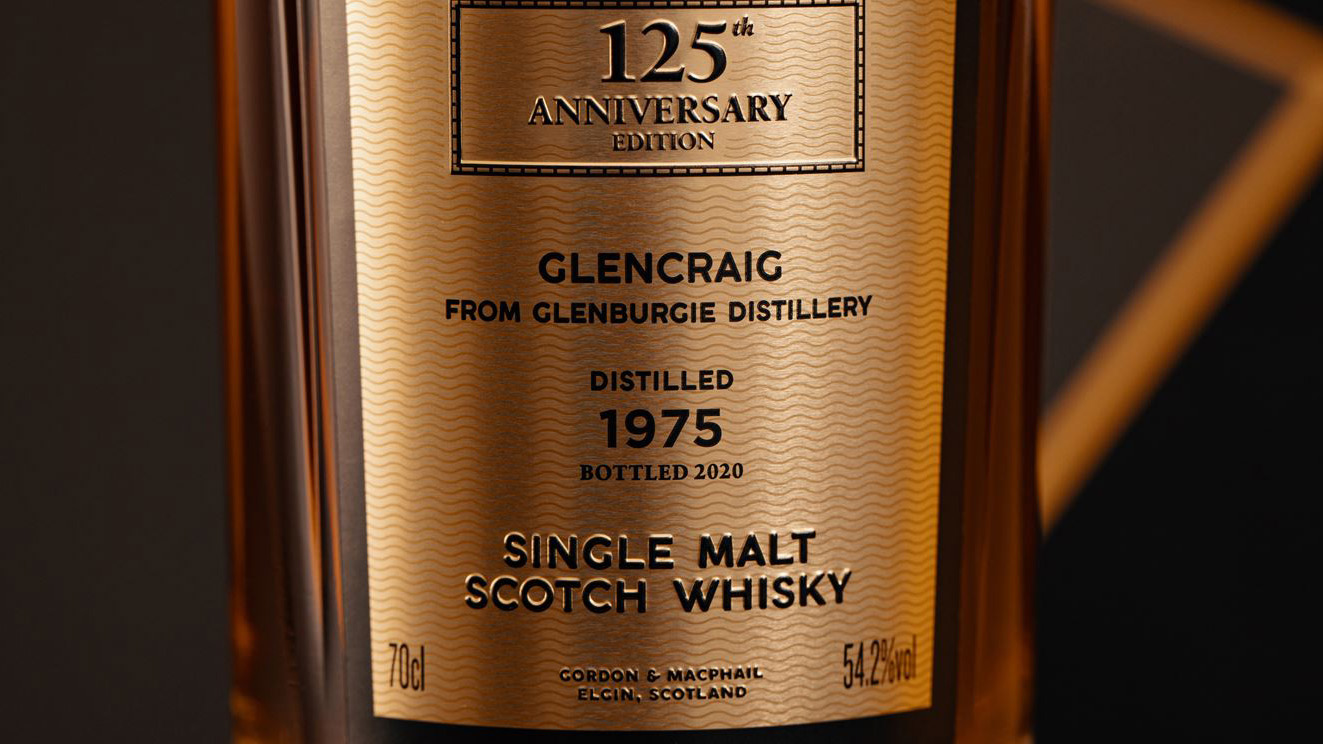 Gordon & MacPhail has unveiled the fourth commemorative Whisky in its 125th anniversary collection, a 1975 Glencraig from Glenburgie Distillery. The new offering is the final Scotch in the independent bottler’s celebratory series.

Gordon & Macphail 1975 Glencraig from Glenburgie Distillery 125th Anniversary Edition was distilled in Lomond Stills, which operated within Speyside’s Glenburgie Distillery, before production ceased after just 23 years. The majority of the Glencraig whisky was destined for blended malts, with the scarcely seen light and fruity single malt becoming a prized addition to any Whisky collection.

Opened in 1810 originally under the name Kilnflat, the distillery closed in 1870 and reopened in 1878 renamed as Glenburgie. The distillery changed hands many times over the years until eventually being bought by Hiram Walker in 1936 and in 1958 Lomond Stills were installed creating Glencraig. The addition of Lomond Stills at Glenburgie allowed Hiram Walker to add a different style of spirit to its portfolio without having to build a completely new distillery. However, due to the difficulty in cleaning the Lomond Stills they were removed in 1981 and Glencraig was lost to the Whisky world.

On the nose, the 44-year-old Scotch offers fragrant honey and desiccated coconut aromas that lead to citrus blossom. Malted cereal notes come to the fore alongside tart grapefruit with soft ginger and subtle oak. The palate delivers rich nectarine flavors and mouth-warming white pepper giving way to refreshing lime zest. Cocoa beans and crystallised violet complement ripe apple with a soft herbal edge. The finish is described as medium-bodied with fresh citrus and lingering floral notes on the finish.

Just 110 bottles of the Gordon & MacPhail 1975 Glencraig from Glenburgie Distillery will be made available. The Whisky was laid down on Thursday 30 October 1975 and bottled on Thursday 28 May 2020 at 54.2% ABV.