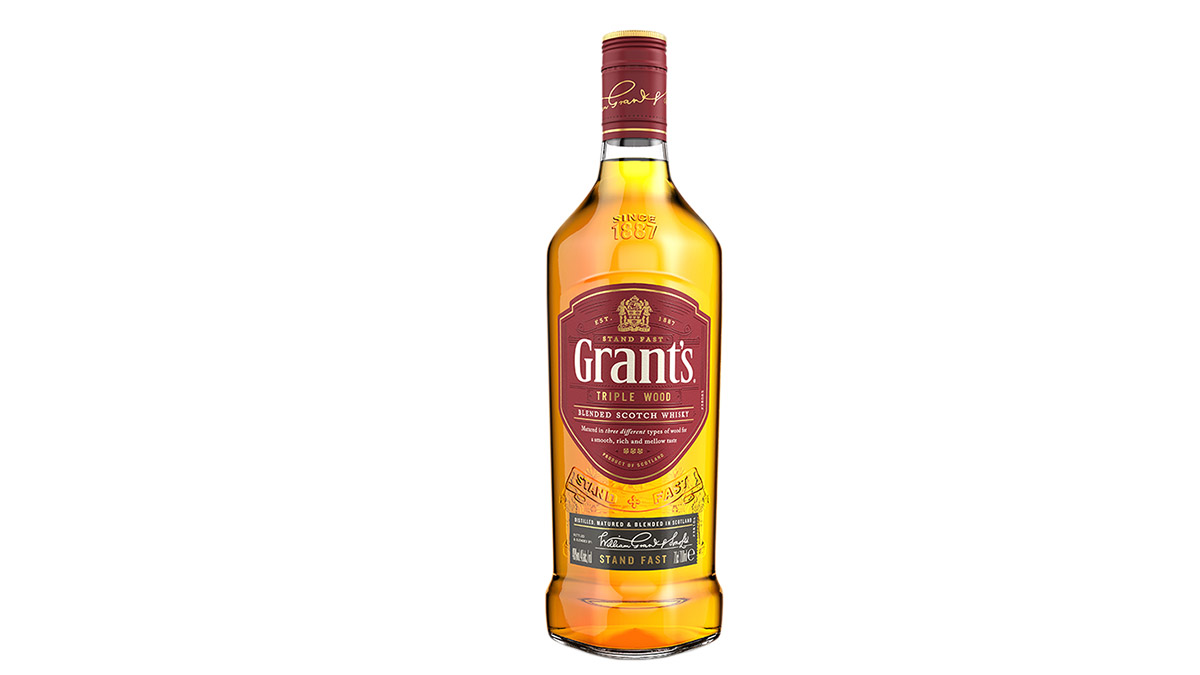 Formerly known as Family Reserve, Grant’s Triple Wood Whisky is the entry point for the distillery. But it’s more than that, as Whisky Bible creator Jim Murray once said, “It defies the odds for quality.” In 2018, William Grant & Sons changed the name of the blended Whisky to Triple Wood to reflect its unique production style.

Triple Wood has been using the same formula for the last 130 years and is concentrated on cask influence. The whisky matures in three different casks: virgin oak, American oak, and refill bourbon. It’s bottled at 40% ABV.

On the nose, sweet malt and oak open up along with notes of pear, vanilla, and summer fruits. The palate is well-balanced with vanilla, malty richness, and light floral qualities. The finish long and sweet with more vanilla and a hint of vanilla.

Grants can certainly be enjoyed straight or on the rocks, but it’s also a great additive to cocktails. If you’re looking looking to mix something up, the company recommends a Grant’s Cup ‘O Tea:

Brew tea and add ice to a shaker. Add all ingredients and shake vigorously. Strain into a tea cup and top with grated nutmeg.

In 1886, William Grant began his life in the distillery business as a bookkeeper at Pattison’s, the largest Scotch whisky blender at the time. In 1887, he built Glenfiddich Distillery in Dufftown, Scotland with the help of his seven sons and two daughters. Today, William Grant & Sons is the world’s third largest Scotch Whisky producer and remains independent and family-owned.