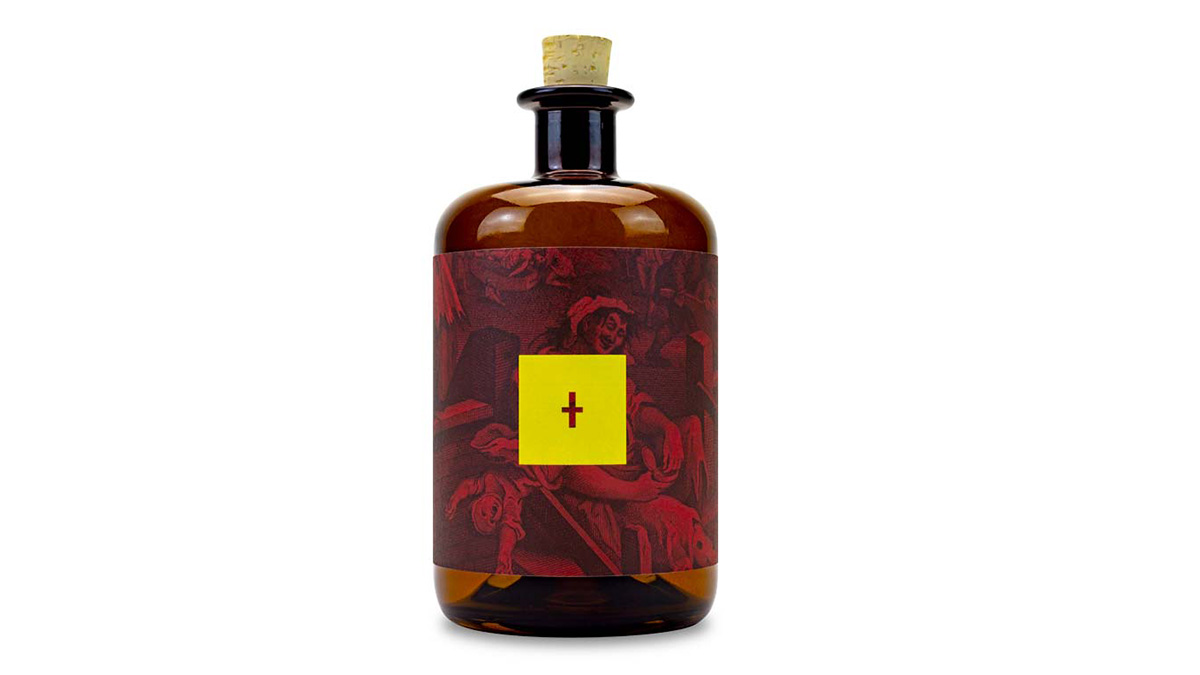 The Glasgow-based company, which runs a lo-fi distillery based in a railway arch beneath the city’s Central Station, has taken influence from historic hedonism for their new style reboot.

Calling on Hogarth’s infamous “Gin Lane” for Illicit Spirits’ London Dry, the new labels are dark, slightly deviant – smashing modern styles with a sense of the traditional, superimposed with the company’s new logo.

Speaking of the new look, Illicit Spirits owner and distiller Darran Edmond, said: “We wanted something which was at once recognisable and yet unique, to take something familiar and well known and put our own stamp on it. This is the approach we’ve always taken when developing our spirits, and now we’re really pleased to have a label which does that too.

“From the outset, it has been our philosophy to look to the past — but with a critical eye, without reverence or nostalgia – taking the best from history and finding a way to interpret tradition in a way that’s interesting or unexpected.”

For drinkers familiar with Illicit Gin, there is plenty to look forward to. Other beverages from the company, “Blacklist”; a peat-smoked Gin, and “New Tom”; a contemporary take on the Old Tom style of Gin, will both undergo a redesign as well. Those labels will be shared with tipplers in the coming weeks.

Elsewhere in Scottish Gin, Orkney Distillery has partnered with a team of rowers to create Northwest Passage Expedition Gin. The offering will help fund the team’s expedition across the Arctic Ocean next year, and is made with botanicals from the shores of Orkney and the Hudson Bay in Canada.