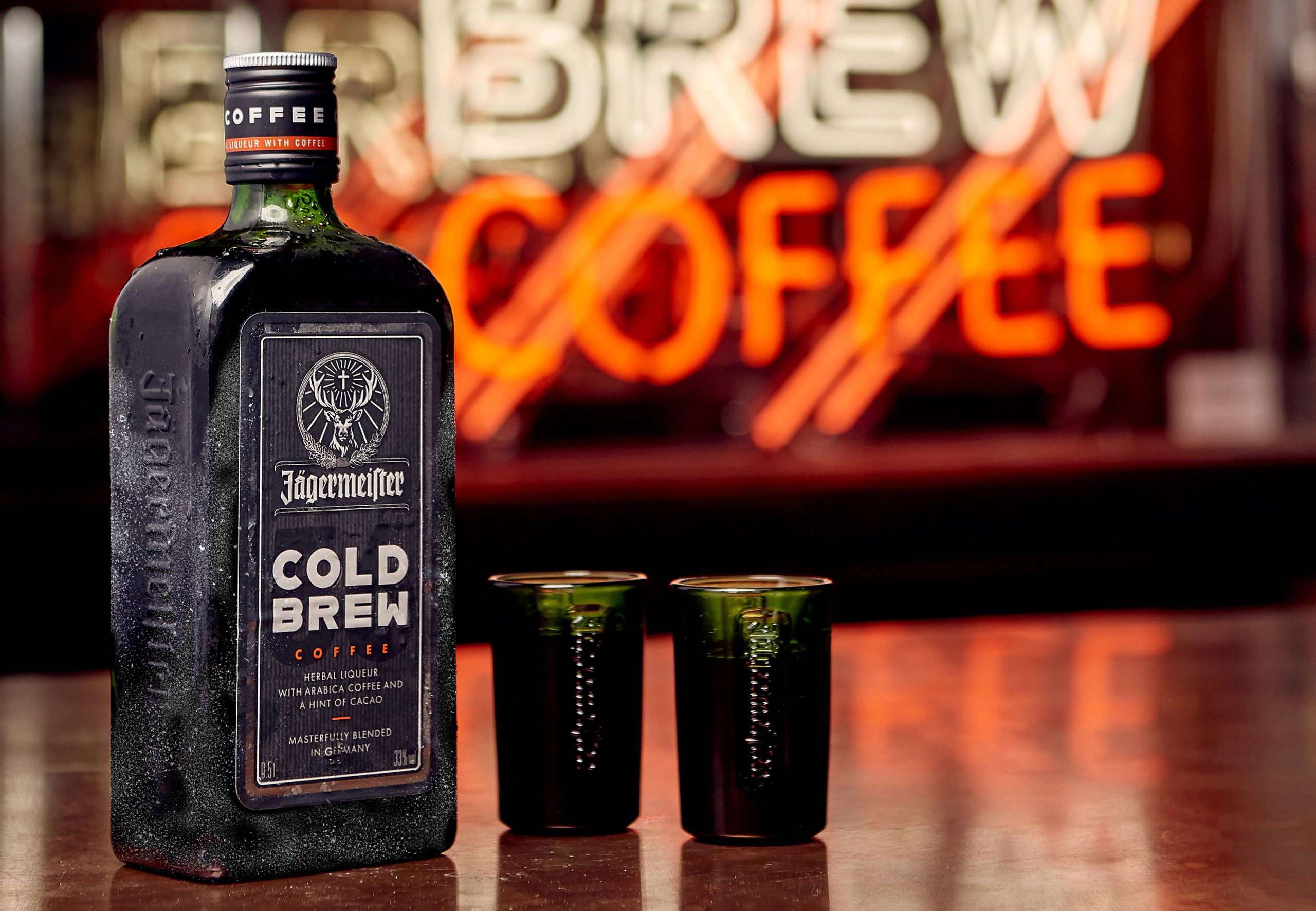 At first, the new Jagermeister Cold Brew Coffee offering might seem like a strange edition to a brand that has come to be known for ice cold shots taken by frat boys or bachelor parties attendees out for one last Vegas sojourn before the guilt fully kicks in. But look deeper into the German brand’s history and you’ll find a blue collar, after dinner drink more similar to Amaro than Fireball. The fact is, the majority of people’s perception around the German herbal liqueur stems from marketing genius Sidney Frank, the man also behind Grey Goose.

Before Frank got his hands on the brand, it was viewed as “a liqueur with an unpronounceable name…drunk by older, blue-collar Germans as an after-dinner digestive aid,” according to New York magazine. By the time the 80’s finally succumbed to its decade-long hangover, the drink was basically associated with the word “party.” That reputation has carried on through today.

Jagermeister Cold Brew, however, is a vision of refinement. It’s the blue collar digestif post Pygmalion-style makeover. The developed, honed and shaped post-finishing school product is largely thanks to people like Brand Meister Willy Shine.

People have been pouring Jagermeister into their coffee for years, reminds Shine. “Anybody who was making cocktails since the late 90s, early 2000s was putting coffee and Jagermesiter together, including myself.” And while it might not have been overly popular among the masses, chefs and bartenders were well aware of the combination.

Shine is one of the innovators behind the Jagermeister Cold Brew-infusion. He took the at-the-time theoretical product through a lengthy testing process throughout the United States, before presenting it to the Findel-Mast family (Jagermeister remains a family-owned brand). After that, “It took about a year and a half to get on the shelf.” That’s lightning fast when it comes to spirits products. “Everybody from the get-go believed in it because of the flavor profile and the history of Coffee and Jager working together.”

Shine teaches Jagermeister as an Amaro. He looks at it through the lens of history to a time when the Romans controlled Germania and put herbs and spices into alcohol to create “medicinal” products. But due to its more pharmaceutical history, German provenance and Sydney Frank’s marketing genius, Jager hasn’t really jumped on Amaro’s recent popular movement. The Cold Brew edition could be where this changes, or at least gives the beverage a second chance in the eyes of those with previous “experiences.”

Jägermeister Cold Brew Coffee combines the traditional 56 herbs, blossoms, roots, and fruits of Jägermeister with fair trade cacao from Africa and fair trade coffee beans from Colombia and Brazil. The end result is a caffeinated liquor that comes in at 33% alcohol by volume and has about a quarter of the caffeine as a regular cup of joe, according to Shine.

Now if you’re worried the Cold Brew has caused Jagermiester to lose its fun-loving attitude, it hasn’t. The new expression is still meant to be drunk as an ice cold shot. But as it turns out, one of the best ways to use the new Cold Brew edition is in cocktails. Of course, starting with an Espresso Martini makes sense and is Shine’s choice for “starting people off.” He also suggests a Negroni variation, where it replaces the Gin. But it’s use in tropical and tiki-style mixed drinks is where it really shines.

My personal favorite is a Pina Colada from a recipe sent to me by Shine himself that combines the coffee product with a recipe he picked up while at a friend’s wedding, “his first marriage,” in St. Lucia “at the bottom of the island where the locals live.” As the story goes, Shine and his friends were at a local beach and there was a guy in a little hut making Pina Coladas who gave him one, and “Holy S***! It’s the best Pina Colada I’ve ever had in my life,” says Shine about the drink. The key is overproof Rum, which cuts its way through the coconut fat. Now he just adds a bit of the Jagermeister Cold Brew Coffee to give it an added depth. Recipe below:

Combine ingredients in a blender and pulse for 20-30 seconds. Pour into a glass and garnish.