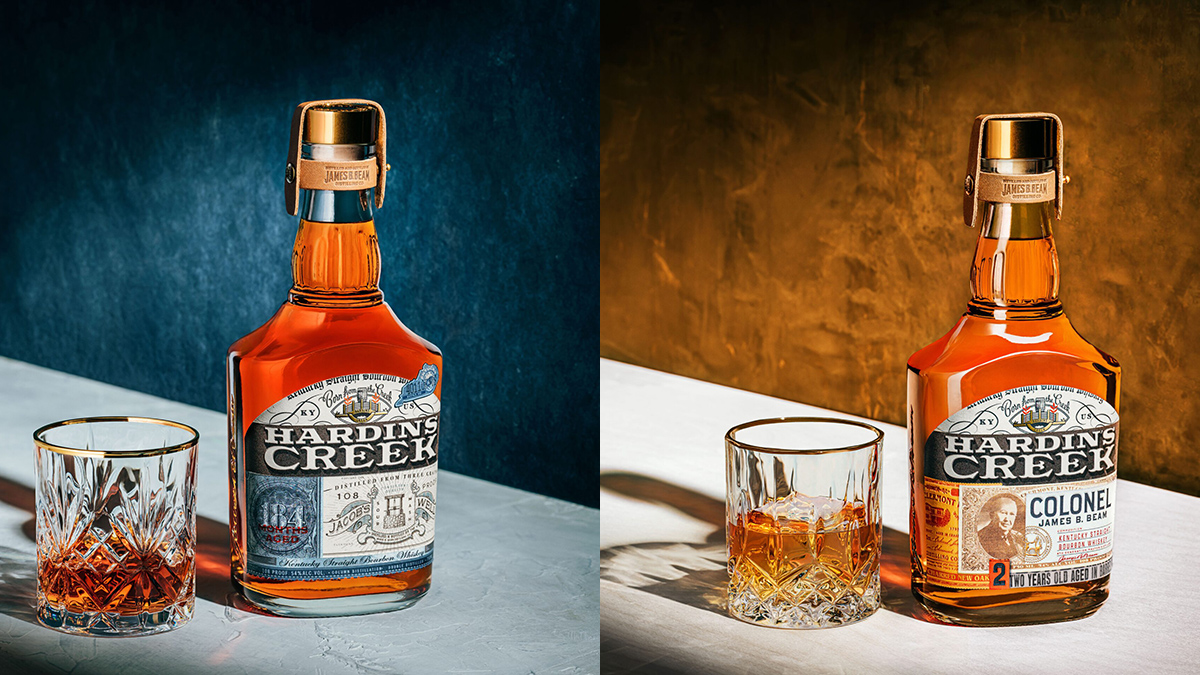 Jim Beam, aka the James B. Beam Distilling Company, has unveiled Hardin’s Creek, a new brand that will “chart the ongoing story of the Beam family legacy, one that is more than 227 years in the making, through highly limited and rare releases,” according to a press release.

“We couldn’t be more excited to launch Hardin’s Creek, particularly after the refresh of the James B. Beam Distillery and the opening of the Fred B. Noe Craft Distillery. This has been a long time in the making, and I can’t wait to share it with the world,” Freddie Noe, newly appointed master distiller of the Fred B. Noe Distillery, said in a news release. “Every detail, from the blending techniques to the labels, draws inspiration from centuries of our family’s history, paying homage to our heritage while looking towards our future.”

Jacob’s Well Kentucky Straight Bourbon Whiskey is a blend of a 16-year-old bourbon and a 15-year-old high-rye bourbon. The name pays tribute to Jacob Beam and the well he built in 1795. “Jacob’s Well is some of the best bourbon coming out of this distillery,” said Freddie Noe.

On the nose, the whiskey offers sweet vanilla and caramel paired with hints of rich oak. The palate offers oak and char married with stone fruits, while the finish is smooth with lingering notes of vanilla and brown sweets.

Colonel James B. Beam Kentucky Straight Bourbon Whiskey honors Colonel James B. Beam, who rebuilt the Clermont Distillery in just 120 days following the repeal of Prohibition. The limited-edition, two-year-old whiskey achieves a depth of flavor usually reserved for more mature bourbons by taking it off the still at a lower distillation proof, imparting more flavor from the fermentation process and letting the barrel’s characteristics shine through at a younger age. In making this whiskey, Freddie Noe was inspired by the style of bourbon the Colonel was making on day 121: low distillation proof for a fuller flavor, guaranteeing the rich complexity of the young whiskey stays intact.

“Colonel James B. Beam is made to change the perception of what a bourbon is and can be,” shared Freddie Noe. On the nose, the whiskey offers robust vanilla and caramel notes. The palate delivers deep and complex flavors of vanilla, nuts, and oak. The finish is long and full.

Both inaugural limited-edition expressions will be available on shelves in the U.S. starting July 1. Consumers in select markets who are looking to purchase ahead of July 1 can join a waitlist on ReserveBar until May 30, with pre-orders starting on May 31.