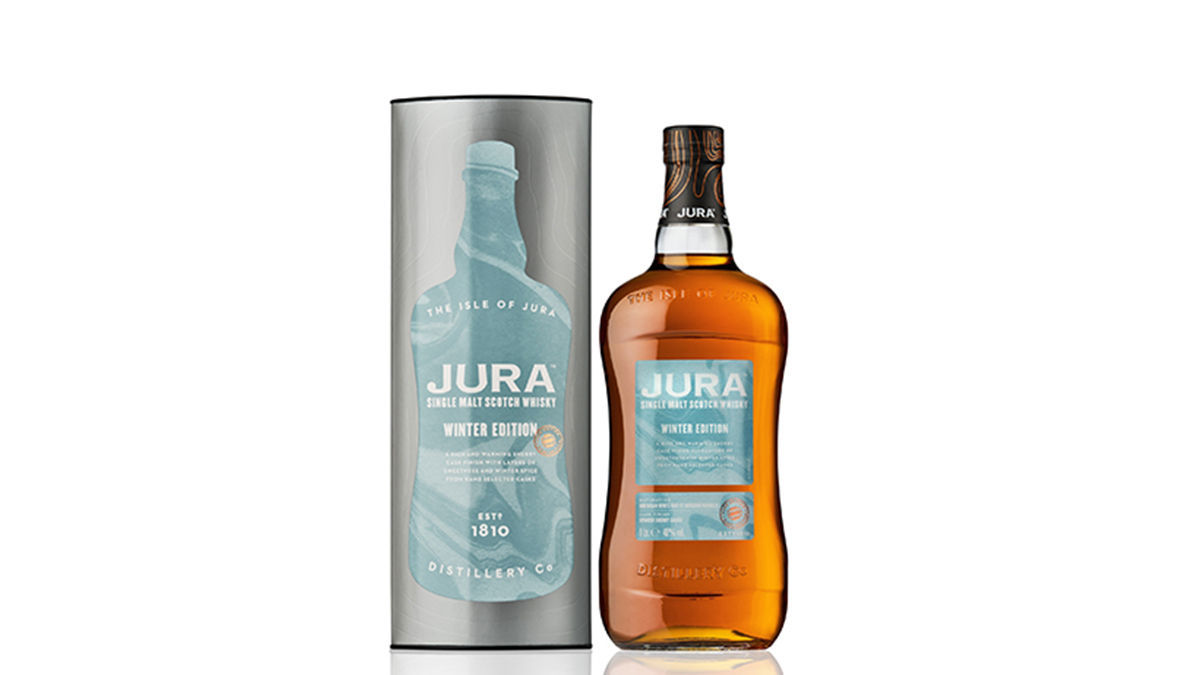 The Cask Editions series showcases the connection between the land and spirit, bringing together the distinctive regional flavors of selected European wine cases to the distillery’s island malt. Earlier this year, Jura unveiled the first expression in the range, Jura Red Wine Cask.

“I’m really passionate about exploring the flavor we can unlock within Jura. In our new Winter Edition we’ve created the perfect festive season toaster,” said Gregg Glass, whiskymaker at Jura owner Whyte & Mackay. “In this expression, we have crafted a harmonious marriage of sweet spices and freshly baked apple pie, which result in an indulgent whisky while staying true to the heart of our distillery character with its mapled and citrusy characteristics.”

The result is a full-bodied single malt with a deep mahogany color. The nose is described as featuring “inviting aromas of citrus fruits, caramel latte and sultanas, followed by a hint of banana. On the palate, rich flavors from the sherry casks reveal coffee, maple syrup, and spicy mulled wine, with a warming finish of vanilla and a touch of cinnamon.” The finish, meanwhile, offers whipped vanilla and cinnamon spice.

Jura Winter Edition is available in both one-litre and 700ml formats, with the one-litre bottle being exclusively available in Tesco stores across the United Kingdom for £44 ($58.50 USD).

In other Whyte & Mackay-owned distillery news, The Dalmore Rare & Aged collection officially arrived in late August. Made up of a trio of Scotch Whiskies aged  35, 40, and 45 years, the entire assembly costs a staggering, but somehow elegant $30,000.

Earlier in the month, Fettercairn added a 22 Year Old single malt Scotch Whisky to its core range. The new malt follows the release of a travel retail exclusive 16 Year Old that debuted in June.