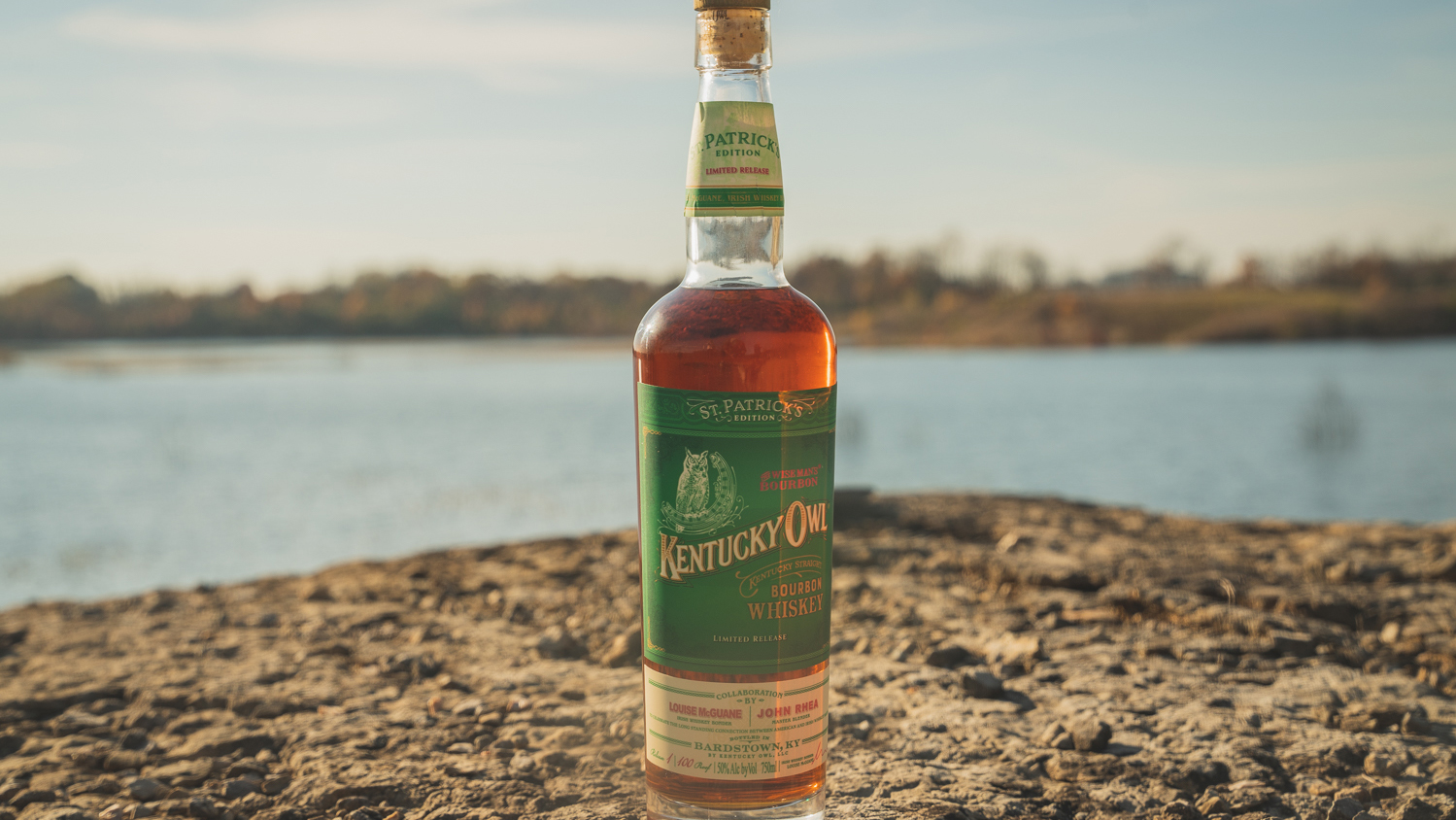 For this special release, Kentucky Owl Master Blender John Rhea partnered with Louise McGuane, Ireland’s first modern whiskey bonder and founder of J.J. Corry Irish Whiskey. Irish whiskey bonding is a way of blending that was commonplace during the 19th and 20th centuries, when most Irish distilleries produced whiskeys for bonders to age, blend and bottle. When the Irish whiskey industry collapsed in the 1930s, bonding faded away — until McGuane began resurrecting the tradition again in 2015.

“We tasted through the lens of bringing fruit-forward profiles that are desirable to us as Irish whiskey makers, but we also wanted something still representative of the Kentucky Owl style,” McGuane said. “This blend tastes like the Kentucky Owl products whiskey drinkers love, with an echo of big and bold juicy fruit flavors so familiar in Irish whiskey.”

The nose features notes of sweet caramel and honey, with just enough spice married in to tease the palate. Once sipped, the Kentucky Owl St Patrick’s Limited Edition offers long notes of caramel, butterscotch and frosted cinnamon roll, with hints of chocolate, orange, candy floss and some citrus peel. There’s bright forest fruit on the mid-palate and a longer lingering finish with vanilla pod and balanced wood influence. All carefully mingled to bring out a robust, well-balanced bourbon experience.

The project extends beyond this release, as these chosen Owl barrels will be transported to Ireland for McGuane to fill with future releases of Irish whiskey.

“Bringing together Rhea and McGuane, bourbon and whiskey, Kentucky and Ireland has been an absolute honor,” commented Damian McKinney, Global CEO of Stoli Group. “Through the release of St Patrick’s Bourbon Whiskey, Stoli is pleased to present a rare new blend that marries the best of two amazing worlds.”

This is the second Kentucky Owl release under Rhea, who previously served as Four Roses Distillery’s chief operating officer, where his responsibilities included quality control, maturation, evaluation and product blending. He was inducted into the Kentucky Bourbon Hall of Fame in 2016 and served as chair of the Kentucky Distillers’ Association board of directors.