Komos Is Using Wine Expertise To Transform The Boundaries Of Tequila 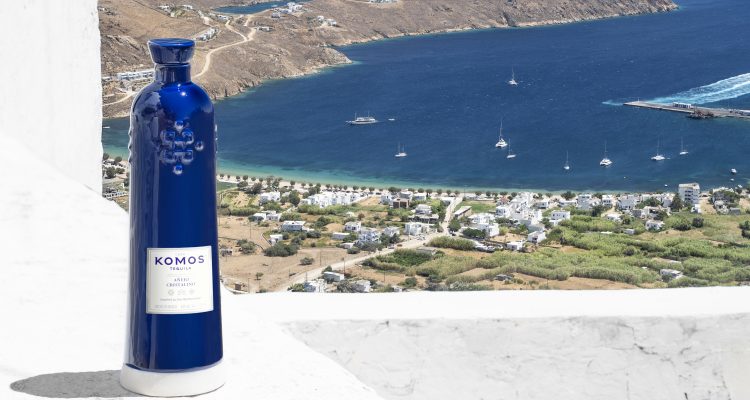 No spirit has seen a growth in popularity and quality quite like Tequila in the last few decades. The spirit has flooded bars and liquor stores across the globe with everyone from NBA stars to George Clooney and British spirit conglomerates grabbing for a piece of the action. While this has led in some cases to mass produced products lacking individual character and poor quality mixtos, it has also opened the door for innovation. Tequila Komos is part of the latter group and is doing things with the agave-based spirit that no one else has dared try. The result is something beautiful and unique.

“The real thing can be so special: evocative of a place, tradition, history, expression of the maker – so many beautiful things,” explains Richard Betts, the master craftsman behind Tequila Komos (and everything CKBG produces). Both of Komos’ two Tequila varieties, an Anejo Cristalino and a Reposado Rosa, are expressions that very much speak of Betts and his life spent making, discussing, and exploring wine.

We sat down with Betts to discuss Tequila Komos, how his life spent around wine influenced their creations, and what’s so unique about the company’s process.

Spirited Zine: Just to get started, what was your first experience with Tequila? And how does that memory impact the way you approached creating Tequila Komos?

Richard Betts: Ha! My very first experience was probably not unlike many of you, a poor-quality mixto Tequila that didn’t lead to anything good! However, pretty quickly, I learned that the real thing can be so special: evocative of a place, tradition, history, expression of the maker – so many beautiful things. Plus, I am convinced that Tequila is an upper and not a downer, which makes it just so fun. As to how this impacts my approach to making Komos, I am firmly rooted in making what I want to drink, what I think is the very best. This means treating all of the ingredients with great care and using an exacting process that borrows heavily from my winemaking background to make the purest, most pristine, complex, and utterly quaffable tequila.

SZ: For those of us who are unaware, can you tell us about where Komos gets its agave and how the terroir can be found in the flavors and aromas of the Tequila?

RB: We work with a network of growers and old friends to source agave from both the highlands and the lowlands. We’re interested in the complexity that they can create together while also allowing us to build a beautiful foundation upon which all of the other elements are layered.

SZ: What kind of fermentation process does Komos use and where do you get your water from?

RB: The fermentation occurs with native yeast and the water is from the aquifer below the La Cofradía distillery.

SZ: Tequila Komos’ first offering was an Anejo Cristalino. While Cristalino are certainly having quite the moment in the spotlight, most companies don’t release them as their first product. Why did you want Komos’ first release to be a Cristalino and what does it offer that other styles do not?

RB: Cristalino tequilas are indeed having a moment but it’s important to note that all Cristalinos are not equal; they are made in diverse ways and for us, this is just the category that our Komos is required to put on the label. We actually prefer to think about it as an Añejo Claro, i.e. an añejo that we gently clarify. We led with this expression because we literally made what we want to drink, what we think is the very best tequila to drink and it just happens to carry this designation.

SZ: Your Anejo Cristalino is aged in white wine barrels. Where do you source them from and what kind of white wine was in them previously?

RB: They are made exclusively from French oak and we source them from our friends’ wineries in both California and Europe. They have been used mostly for Chardonnay and little bits of other grapes.

SZ: Can you take us through the process of making your Cristalino and how Komos’ is unique?

RB: We make a great blanco using agave from the highlands and lowlands, roast them in the traditional volcanic stone oven, ferment the juice with native yeast and then double distill in pot stills. From here, the blanco is aged in the ex-white wine French oak barrels for a year. At this point, the now añejo tequila is then dripped through a column of charcoal, which removes both the color and congeners / impurities while making it ever more smooth. Then, we place the tequila in amphorae that we have made in the Republic of Georgia, where the tequila is essentially tumbled for a number of hours and sees oxygen (which we think is very important to our final result). The sum of all of these parts has never before been done and, once you taste it, I know you’ll agree it is indeed unique and special.

SZ: How do you recommend enjoying Tequila Komos Añejo Cristalino and what should be paired with it?

RB: I always enjoy it neat and paired with friends, new and old. With ice and sparkling water, it is also really good. That said, drink it however makes you happy.

SZ: In May you’ll be releasing a Reposado Rosa Tequila, which is absolutely beautiful. Where did the idea to age a Tequila in wine barrels come from?

RB: Originally the thought to experiment came from my winemaking background where we’ve played with various previously used barrels. For example, I use ex-white wine barrels in the production of the red wine, Sucette Grenache, that my wife and I make in Australia. Plus, when you look at Scotch Whisky, for example, they have a great history of playing with various oaks to finish their whisky, which I also find inspiring.

SZ: Where do you source your red wine barrels from and what kind of wine was in them previously?

SZ: Can you tell us a little bit about the bottling and why it is important to release the Reposado Rosa in opaque bottles?

RB: We view the bottle as an art object and thus wanted to create something commensurate with our ambitions for the liquid: something beautiful and very special to hold and to keep. All of the bottles are made by artisans in Mexico from vitrified porcelain which is, of course, opaque. This actually serves the Reposed Rosa really well because, just like red wine, we want to keep the deleterious effects of light away from the liquid.

SZ: How do you recommend enjoying Tequila Komos Reposado Rosa and what should be paired with it?

RB: This is a really interesting liquid because it still shows vibrant primary roasted agave flavors but also the influence of the oak, which adds some vanilla and a smoky element. It has a personality all on its own, which shows off both neat and over ice with sparkling water.